CLINTEL says “Don’t fight nature, but adapt to it” 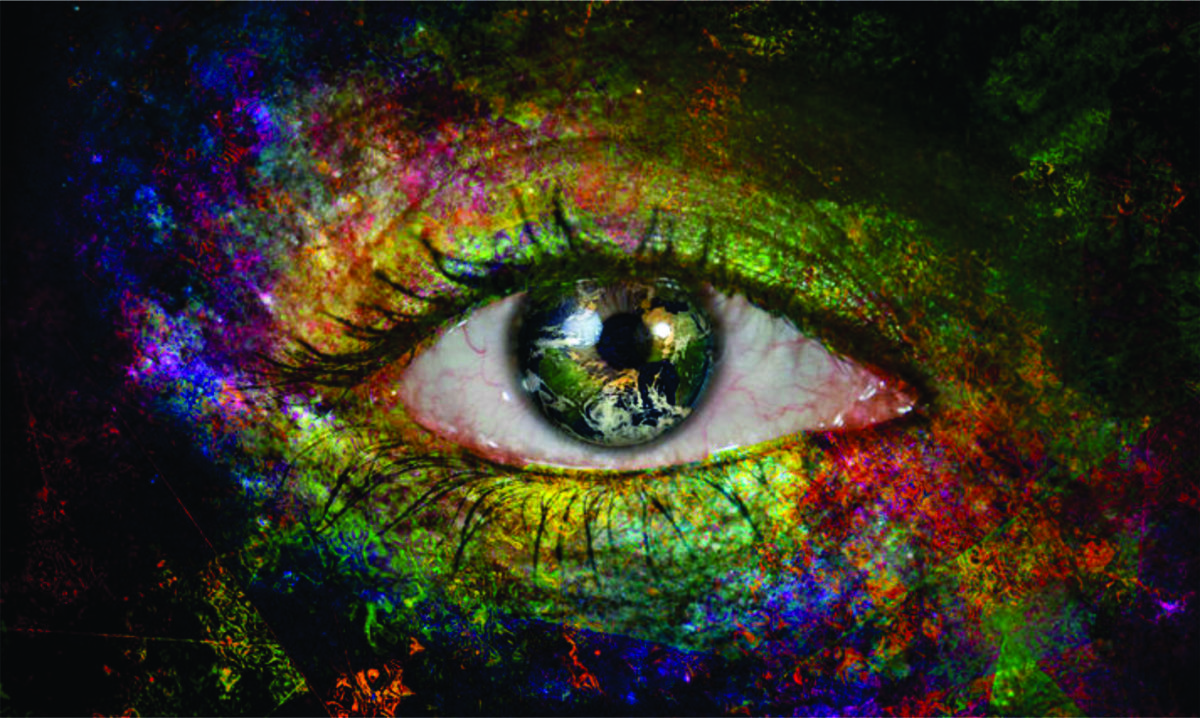 Over at Climate Depot, Marc Morano has been collecting foolish alarmist calls for using the economic crisis to further their goofy green deals. https://www.climatedepot.com/

CLINTEL has issued a counter call, asking government to quit trying to fight naturally occurring events – like the emergence of a new virus and climate change – by utopian geo- and/or eco and/or socio-engineering agendas. “If you don’t understand nature-driven changes, don’t mess around with them by engineering fixes!”

The format is a letter that will be sent to parliaments around the world, beginning with the Netherlands where CLINTEL is headquartered. The lead author of the letter is Professor Guus Berkhout, CLINTEL’s president. See https://clintel.org.

Professor Berkhout puts it this way: “CLINTEL gives members of parliament a shot in the arm and offers them a spot on the horizon to get the economy back on its feet without utopian experiments.”

The letter is titled “Don’t fight nature, but adapt to it” and the first paragraph is this:

“After lifting the COVID-19 lockdowns, national parliaments must oppose the impracticable green agendas of supranational organizations to construct a utopian Earth. Instead of spending trillions of dollars on fighting the unpredictable changes caused by natural variability (‘autonomous changes’), parliaments should focus on adapting to those changes. Dear members of parliament, with all due respect, do not fight against nature-driven variations such as climate change and virus outbreaks, but adapt to the consequences. The world must move from top-down mitigation to bottom-up adaptation.”

Note that this does not mean do not fight the spread of new viruses. On the contrary, the idea is to adapt to their existence by minimizing the consequences. The same is true for global warming, extreme weather events, sea level rise, etc., no matter how these phenomena are caused.

According to CLINTEL the primary obstacle to effective adaptation is the pernicious influence of supranational organizations, wielding computer models and calling for unworkable technological fixes. Here is how the second paragraph describes this unhealthy political engineering:

Decisions about the comings and goings of society are increasingly taken by wrongly informed politicians who have a rock-solid faith in the outcome of computer models and immature technologies. The belief that people can solve all problems with supercomputers – the ideology of constructing a utopian Earth – has grown strongly in recent years. By linking computer-controlled policies to supranational governance, experiments are started to engineer a ‘perfect’ society in which idealists believe all current global problems can be solved.

But the reality is very different. The climate debate in recent years and the coronavirus chaos in 2020 clearly show that the prophesied blessings of a politically engineered world do not exist. We are collectively being pushed into the wrong direction. National parliaments have become puppets of the megalomaniacal supranational organizations, as created by the UN and the EU.”

The rest of the CLINTEL open letter to parliaments is self-explanatory. Here it is:

“The illusion of total engineering

Unfortunately, we see that the marketing of this foolish ‘total engineering concept’ is in full swing. Predictions of computer models are embraced by supranational bodies, translated into global policies and then adopted by national governments.

However, experience has shown that these computer predictions and centralistic policy guidelines lead to false conclusions and impossible solutions. They promise certainties that do not exist and advocate measures that are counterproductive.

Critics who point this out are silenced. Topical examples are the climate debate and the corona crisis.

Climate change and virus outbreaks obviously are very different forms of natural variability (one is gradual and one is abrupt) and they have completely different emergence processes –microbiological versus macro physical. Yet, both have in common that they are unpredictable and after identification they have consequences that require similar policies from a control point of view. Here is a brief explanation.

The Earth’s history shows that climate change is caused by a complex combination of natural forces, which are beyond the human ability to control. UN’s climate agency IPCC coordinates global scientific research on the cause of climate change with the aid of computer models. In the past decades these models have predicted extreme global warming due to anthropogenic CO2 emissions, but in real life these predictions never materialized.

Despite the hard fact that predictions were always wrong, the IPPC concluded that human CO2 is the culprit. By continuously repeating that we are heading for an irreversible climate crisis, citizens have become frightened and national governments feel morally obliged to adopt the low-carbon IPCC policy. In recent years it has led to great social unrest and outrageous costly climate measures without any measurable effect. Again, these are hard facts.

The history of pandemics shows that virus outbreaks are caused by unpredictable changes on a microbiological scale. Coronaviruses are constantly changing themselves by undergoing a complex genetic recombination. This leads to new genotypes, followed by unexpected outbreaks. Like climate change, humans have little influence on this.

Unfortunately, policy-advising virologists turned out to have also inadequate knowledge of how ‘corona aerosols’ do spread from human to human, being crucial physical knowledge for making effective measures. Similar to the climate debate, computer predictions were presented with great certainties, but they generally put citizens on the wrong track.

Think of the contradictory flows of information about the seriousness of the breakout, the importance of wearing masks, the necessity to carry out tests, the immunity of children, the need for closing national borders, etc., etc.

In November the COVID-19 virus broke out in the Chinese city Wuhan, in mid-January the models of the UN Health Organization WHO told the world that no human-to-human infection could take place and even in February the WHO did not start ringing her alarm bells. Just as in the climate debate, critics were silenced (think of the Chinese doctor Lee Wenliang). Instead of providing the world with reliable advice, citizens were frightened and national governments were morally forced to adopt the confusing WHO measures.

We should pay tribute to the health care providers who continued to diligently do their work in this political chaos.

Do you know that in ‘sustainability circles’ a causal link is made between the emergence of climate change and the emergence of corona outbreaks? And – it is hard to comprehend – with arguments like ‘climate punishment from God’ and ‘Nature strikes back’.

Mankind cannot control the cause of natural variability that drive the autonomous changes on our planet, such as forces from inner earth and outer space, climate change, extreme weather, emergence of new viruses, etc. Therefore, we should not try to predict and stop them. If we do it anyway, we behave like a modern Don Quixote. We have to learn to live with these autonomous changes, identify them early and then adapt intelligently.

Adaptation is the way to go in climate change

If we accept that mankind cannot stop climate change, we automatically admit that the focus must be on adaptation. Here, adaptation means taking early measures against the consequences of higher temperatures and rising sea levels. Experience with climate policies shows that mitigation never has spared one life, but adaptation has saved the life of millions!

Adaptation is the way to go in pandemics

If we accept that mankind cannot stop the outbreak of new viruses, we automatically admit that the focus must be on adaptation. Here, adaptation means taking early measures to prevent spreading and to increase immunity. If we had taken adaptation measures in terms of ‘early detection of the Wuhan outbreak’ directly followed by ‘watertight isolation of the Wuhan area’ we would have saved the world from a global crisis!

Experience shows that adaptation to change always works, whatever the cause of the change may be. Forms of life that were unable to do so have not survived.

Accept that changes are part of life

The success of future societies will depend on the ability to adapt to change (‘adaptation’). By trying to predict and stop autonomous changes with impracticable engineering agendas, we are collectively heading into the wrong direction, characterized by terrifying stories and senseless measures.

By taking advantage of the corona chaos, supranational bodies are sneakily trying to push through their idealistic green deals. However, the real priorities are very different. We urgently need a realistic energy policy that includes the latest nuclear alternatives and we urgently need a realistic pandemic policy that emphasizes early detection and fool proof source isolation.”

There is even this short summary version at the end of the letter:

Spot on the horizon

Dear members of parliament, CLINTEL would like to give you a shot in the arm by offering you in these difficult times a spot on the horizon: “With all due respect, don’t become puppets of supranational organizations and please ignore false prophets who destroy with their utopic deals the global economy. For a strong recovery, acknowledge that autonomous changes due to natural variability cannot be predicted and cannot be stopped.“

In particular, mankind cannot stop climate change and mankind cannot prevent the emergence of new viruses. Therefore, follow an open and realistic policy: “Stop with top-down mitigation and go for bottom-up adaptation after lifting the lockdown.”

For a speedy recovery of our economies, acknowledge that autonomous changes due to natural variability cannot be stopped. Adaptation means planning for surprises. Please, do not mess around with natural changes by experimental green deals. CLINTEL’s “spot on the horizon” for parliaments to aim for is spot on.

I urge readers to send this or something like it to your Members of Congress, Members of Parliament, or whatever legislators are called in your Country or State.