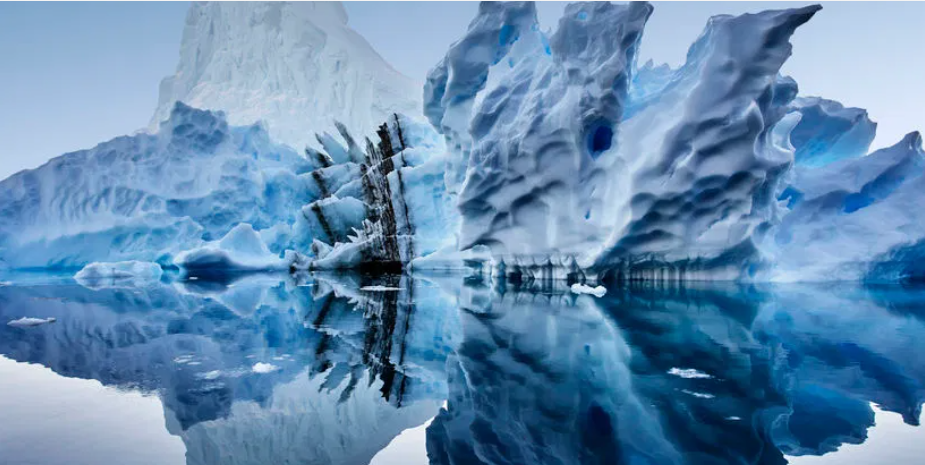 Despite warming, the Greatest single day gains in Greeenland ice and its SMB (surface mass balance) is happening the past days. Ice gain/loss in Greenland is function of the location of the Icelandic Low and how moisture is delivered to Greenland. It is not about changes in average global temperature.

In the graph below, the blue line, if above the zero line, shows how much mass Greenland gained that day. The gray shading shows the range of gained mass in the past and the black line shows the average. Yesterday’s blue line shows Greenland’s gain was literally of the chart 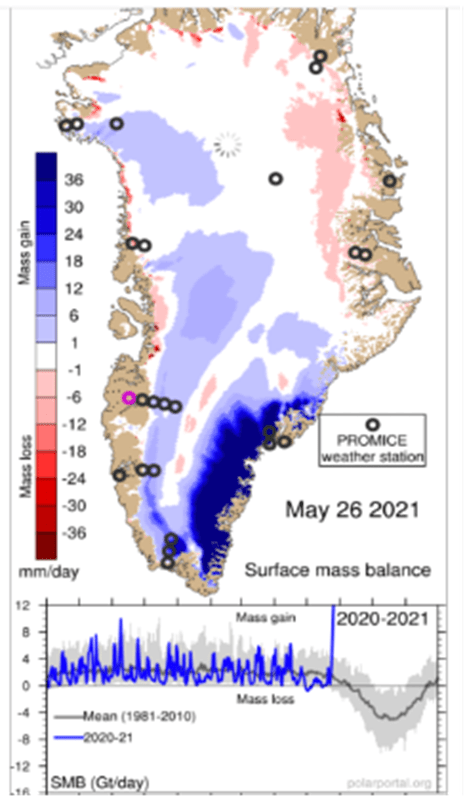 Below is a snapshot of the winds over the north Atlantic today at 9 AM. Brighter green streaks means stronger winds. The anti-clockwise circulation pattern just south of Greenland is the Icelandic Low, and you can see it is pushing moist winds over southern Greenland which is adding snow and ice. Yesterday the location was even more favorable for moisture transport causing the record breaking amounts of one day added snow. The screenshot was taken from a great website, where you can observe real time changes in the earth’s temperature, winds, moisture, etc at different altitudes, available at : 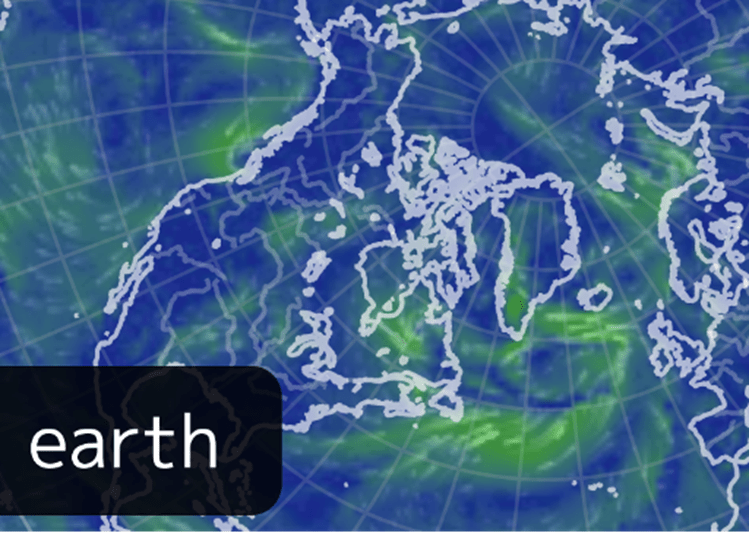 Climate scientists determined previous years of extreme ice loss, such as 2011-2012 was due to the location of a High pressure system that caused cloudless skies and stronger solar heating of the surface. http://polarportal.dk/en/greenland/surface-conditions/

“We show, using satellite data and climate model output, that the abrupt reduction in surface mass balance since about 1995 can be attributed largely to a coincident trend of decreasing summer cloud cover enhancing the melt-albedo feedback. Satellite observations show that, from 1995 to 2009, summer cloud cover decreased by 0.9 ± 0.3% per year. Model output indicates that the GrIS summer melt increases by 27 ± 13 gigatons (Gt) per percent reduction in summer cloud cover, principally because of the impact of increased shortwave radiation over the low albedo ablation zone. The observed reduction in cloud cover is strongly correlated with a state shift in the North Atlantic Oscillation ”

“In 2012, as in recent warm summers since 2007, a blocking high pressure feature, associated with negative NAO conditions, was present in the mid-troposphere over Greenland for much of the summer. This circulation pattern advected relatively warm southerly winds over the western flank of the ice sheet, forming a ‘heat dome’ over Greenland that led to the widespread surface melting.”

It’s all about climate dynamics, not CO2!