How climate activists are taking over Dutch industry

“Friends of the Earth” now means “Foes of The Netherlands.” 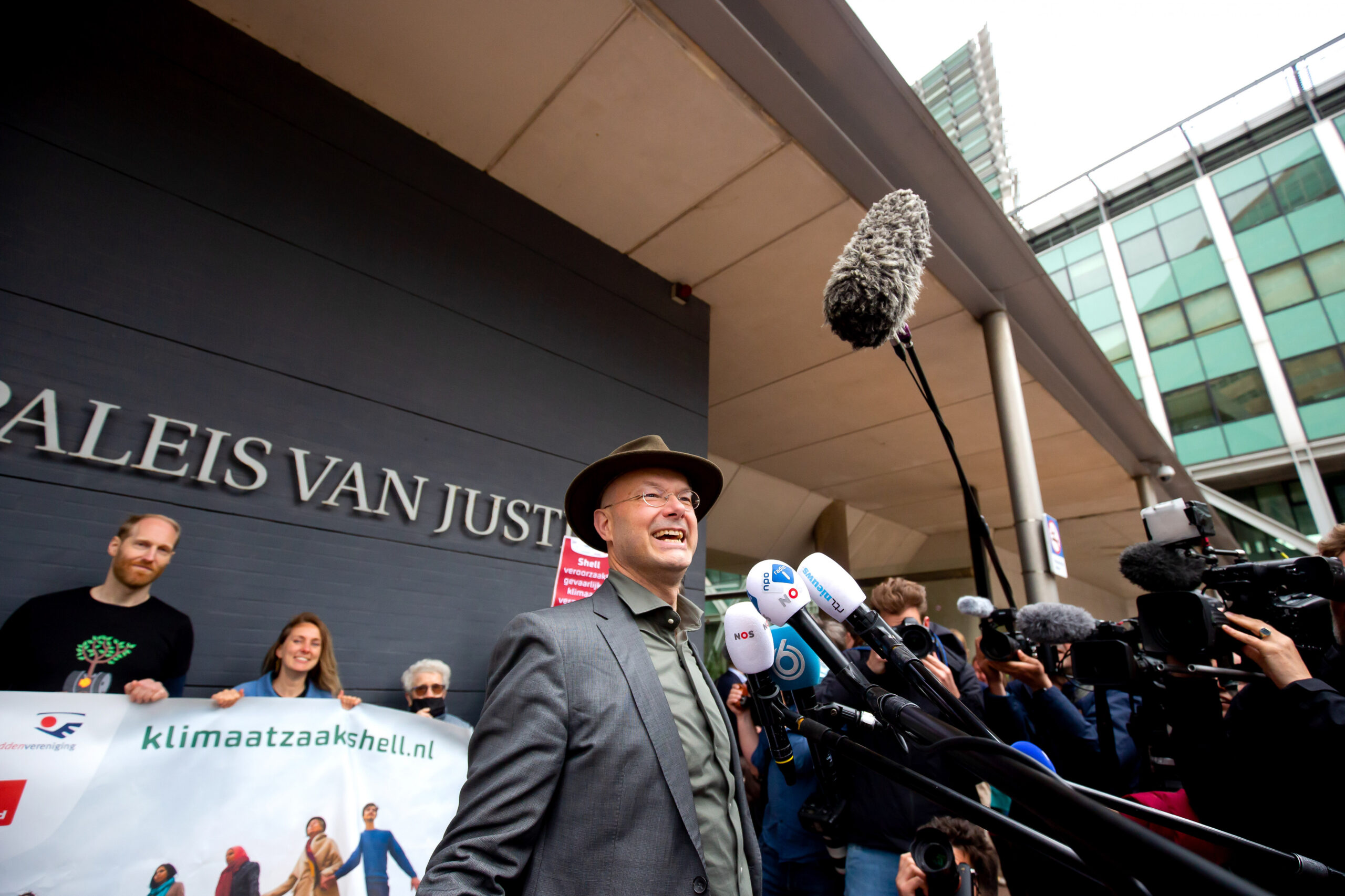 A new initiative by environmental organization Friends of the Earth (“FoE,” called “Milieudefensie” in The Netherlands) threatens to plunge the Dutch economy into a green abyss. Last Thursday, FoE sent a letter to the 30 largest companies in the Netherlands demanding that those companies submit a “climate plan” by April 15. To support its demands, FoE relies on the verdict it won in a case against Shell, in which the District Court of The Hague ordered Shell to accelerate its emission reductions to solve the “climate crisis.”

With that verdict in hand, FoE is now trying to bring the entire Dutch business community to its knees. Thus, an activist private organization that represents only a minuscule part of the Dutch citizenry has been appointed legislature, executive, judge, and bailiff all in one.

“The climate case of the century”

The omens were not favorable for Shell. Urgenda, another Dutch NGO that promotes “sustainability” – in its case against the Dutch state – had succeeded in three instances in deceiving the judiciary, up to and including the Dutch Supreme Court, with extreme climate–alarmist scenarios disguised as “climate science.” With the help of these deceptions, Urgenda secured an order for emissions reduction against the state. Now that the judiciary had been willing to supersede the authority of the national legislature in the Urgenda case, it seemed like a small step to persuade a judge to supersede the authority of a private firm’s chief executive officer.

The District Court of The Hague did indeed set aside Shell’s leadership and set policy goals for the entire global group. Shell was ordered to adopt corporate policies to reduce the CO2 emissions from the group’s activities by net 45% by the end of 2030 compared to 2019. This reduction obligation relates to the Shell Group’s entire global energy portfolio. Shell must not only reduce its own emissions but also must ensure that the emissions of its suppliers and customers (Scope 3 emissions) fall drastically.

Shell could hardly defend itself against the alarmist statements put forward by FoE because the company had previously made similar statements. Nowadays, a large, publicly traded company cannot publicly deny the “climate crisis.” If a company were to do so, it would have the media, activists, and a large number of politicians all condemning it. No public company can afford such reputational damage. Climate activists exploit the inability of corporations to defend themselves. When there is no microphone nearby, one can hear business leaders complain about these abuses, but they cannot do so in a court of law.

“The letter that changes everything”

In addition to Shell, which was served again, FoE sent its climate demand letter to ABNAMRO, Akzo, Tata, Unilever, and 25 other companies. According to FoE, these climate plans will then be verified by the “New Climate Institute,” a consultancy known for the “Climate Action Tracker” that has turned climate into a huge revenue model.

FoE refers to its latest initiative as “The letter that changes everything” – a reference to the title of climate activist Naomi Klein’s book “This Changes Everything: Climate Against Capitalism.” That the climate movement sees capitalism as the culprit has long been clear. But the fact that FoE now also considers Dutch industry a danger to humanity marks a new phase in this anti-capitalist ideology.

FoE as a private law enforcer

By authority of the Court of The Hague, FoE has effectively been given legislative, executive, and enforcement powers over Dutch corporate climate policy – and only FoE gets to decide against whom these powers will be exercised. The situation in the Netherlands can now be summarized as follows: Urgenda controls government climate policy; FoE controls corporate climate policy. At its discretion, FoE may assess, verify, and reject the worldwide climate plans of companies operating in The Netherlands. Any company that submits a climate plan not to FoE’s liking may expect an attack on its reputation or legal proceedings.

How perverse these privileges are becomes clear when comparing them to the principles of the democratic rule of law. In a normally functioning democracy, the legislature, not an unelected private organization, sets the rules by which society is governed. In such a society, the rules are implemented and, if necessary, enforced by the executive, not by a group of activists. In the new order created by the Dutch judiciary, however, everything is different: unelected climate activist groups such as FoE, not accountable to the Dutch people, have the power to set, monitor, and enforce the corporate climate policies.

Friends of the Earth, Foes of The Netherlands

In a moment of honesty, Urgenda stated that the purpose of its climate case against the state was to “put democracy under guardianship.” FoE has not been as frank, but if you read between the lines, it, too, says that democracy does not matter. Because “we,” FoE has stated, must “prevent the worst climate disasters by forcing big polluters to produce in a green manner. For your health. And your children’s.” Repeatedly, children are invoked to paint a picture of climate doom – but in reality, the doom that children face comes from climate policies, which will leave them with a mountain of debt and a collapsed economy.

Like many green activists, FoE finds it difficult to hide its totalitarian tendencies. “Go green or disappear,” its press release states. FoE asserts sole and exclusive authority over the climate policy of Dutch industry. The democratic rule of law and the citizens and businesses of The Netherlands are left out in the cold. The implication is clear – “Friends of the Earth” means “Foes of The Netherlands.”

There is possibly still a glimmer of hope. A new legal argument may now be available that previously could not be made. Since 1 January 2020, a new “Act on the Settlement of Mass Damages in Collective Actions” has been in force, which has changed the legal basis for FoE’s authority to represent the Dutch people.

Under the new law, FoE will have to demonstrate in further actions against Dutch companies that it is “sufficiently representative,” given its constituency and the size of the claims represented. That no organization can demonstrate sufficient representation with regard to the climate-related interests of all Dutch citizens would appear to be close to certain. Whether the judge will draw this obvious conclusion, however, is doubtful.

How can this aberration be addressed?

In short, we now face a situation in The Netherlands in which democracy, the rule of law, and the economy are at stake. With its judgment in the Urgenda climate case, the Supreme Court initiated the decline of the democratic rule of law, a decline accelerated by the Shell case, in which the Court of The Hague violated the principles of the rule of law and the rights of a large number of Dutch citizens who were not represented by FoE. In disregard of the constitution, this court set aside fundamental principles of law so that it could join the climate movement.

Politics might offer the solution. With new legislation, the legislature could easily prevent such illegitimate lawsuits. Arguments to this effect have been presented, but the vested interests aligned against this happening are hugely powerful. Those in power will probably block any legislative changes.

A more promising option is a legal procedure. Dutch civil procedure allows third parties to intervene in the legal battle between Shell and FoE. An organization that defends the public interest in science-based climate policy, for example, could challenge the factual assumptions made by the court in The Hague. Or a foundation that promotes democracy and the rule of law could demand that the separation of powers be restored and the rights of Dutch citizens be respected.

So far, the Dutch court has not been confronted with climate cases in which the defendant strongly disputed the alleged facts and assertions made by the claimant. Climate cases thus far have been “sweetheart” lawsuits. The state and Urgenda were two of a kind – and Shell, as discussed above, could not deny the “climate crisis” for fear of reputational damage. Whether the judge will rule differently when the strongest arguments against groups such as FoE are put forward is an open question.

Dutch industry is not dead yet, but the threat is real. FoE has launched an attack on all large Dutch companies and issued an ultimatum: “make a climate plan in accordance with the Paris goals or leave the Netherlands.” Shell has already announced that it is ending its Dutch domicile. If politics fails, as it customarily does under the cabinets led by Prime Minister Marc Rutte, the only viable option for citizens plunged into energy poverty, seeing prices for ordinary consumer products skyrocket, and losing their jobs and livelihoods is to go to court.

If they do, the Dutch constitutional system will be tested again. Will the Dutch judiciary persist in its illegitimate power grab, its violation of the separation of powers, and its denial of the disastrous consequences for the citizen, the rule of law, the economy, employment, and societal wealth?

Or will the court come to the realization that it was not a good idea to side with climate activists in their fight against democracy and prosperity? 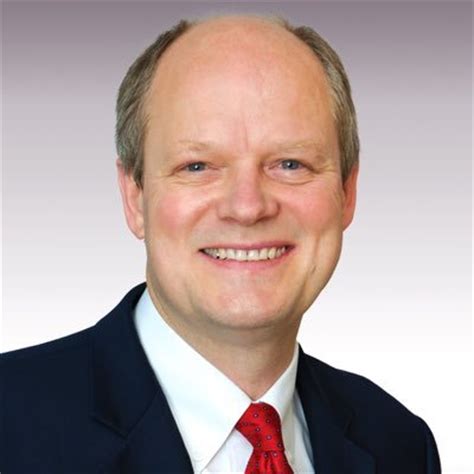 Lucas Bergkamp is a medical doctor and lawyer and senior policy advisor based in Brussels.

He is a judicial adviser of Clintel.

He recently published the report Climate Politics Disguised As Human Rights At ‘The European Climate Change Court’ which is freely available at www.echrexposed.eu.