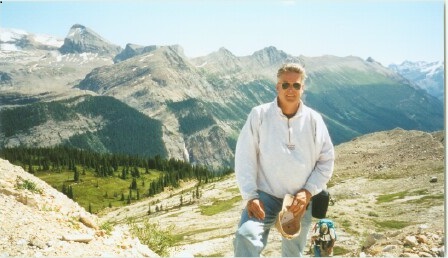 What is your background?
I have two engineering degrees related to the Earth Sciences and have done major business on six of the world’s seven continents, including significant business in the Former Soviet Union. Some of my achievements are outlined below:
Dr. David Devenny, P.Eng., P.Geol., Past President of APEGA, the Association of Professional Engineers and Geoscientists of Alberta, Fellow of the Canadian Academy of Engineering, nominates Allan MacRae, B.A.Sc.(Eng.), M.Eng. for {awards}.

Since when and why are you interested in climate change?
I first heard of the alleged catastrophic human-made global warming crisis circa 1985 when I was working in the Canadian oilsands. I knew from my understanding of paleoclimatology that there was nothing unusual happening with the climate and I started  studying climate science as a fascinating subject. I became concerned for the wellbeing of humanity when I saw the many alarmist climate-and-energy falsehoods being promoted by special interest groups, falsehoods that were clearly contradicted by ample evidence and which were nevertheless being promoted through Lenin/Goebbels propaganda tactics.

How did your views on climate change evolve?
I studied climate and energy for 17 years and then started to publish newspaper articles questioning the false alarmist view of CO2-driven dangerous global warming, aka climate change. I was requested by the Association of Professional Engineers and Geoscientists of Alberta (APEGA) to lead a written debate at the Pembina Institute on the Kyoto Protocol, and that was published in 2002.

I summarized some  of the many disproofs of the failed global warming / green energy hypothesis here:
THE CATASTROPHIC ANTHROPOGENIC GLOBAL WARMING AND THE HUMANMADE CLIMATE CHANGE CRISES ARE PROVED FALSE
https://thsresearch.files.wordpress.com/2020/01/the-catastrophic-anthropogenic-global-warming-cagw-and-the-humanmade-climate-change-crises-are-proved-false.pdf

Is climate change a big issue in your country and how do you notice this?
Climate change is a huge issue in Canada, and threatens to break up the country. It is increasingly obvious that climate change false alarmism is being used as a tool by extremists in power to seize totalitarian control of the populace and move the country to a Marxist command economy. This totalitarian objective is openly admitted by leading climate alarmists.

How would climate policy ideally look like in your view?
There is no scientific basis that supports CO2-drive climate change hysteria. This entire false crisis and the resulting green energy fiasco has wasted trillions of dollars globally and caused false alarm to everyone from bureaucrats to schoolchildren. The alleged climate crisis has NO scientific basis and is one of the most costly frauds in history.

What is your motivation to sign the CLINTEL World Climate Declaration?
As stated above, The alleged climate crisis has NO scientific basis and is one of the most costly frauds in history. The false climate crisis has squandered tens of trillions of dollars of scarce global resources, has destroyed sensible energy policy and has caused untold suffering to hundreds of millions of people who have been denied cheap, reliable abundant energy.

What question did we forget?
What are the apparent motives for those who have so ardently promoted the climate scare since the early 1980’s?
Prominent greens occasionally admit that climate-and-energy was false propaganda, a smokescreen for their extreme-left political objectives.
The green objective is to destroy prosperity and move the developed world into a planned economy – with a few rich at the top looking down on the many poor peasants. That model describes most of the countries in the world. Europe and Canada are far down that path, and the USA will follow depending upon the November 2020 election.