Is there a climate emergency? 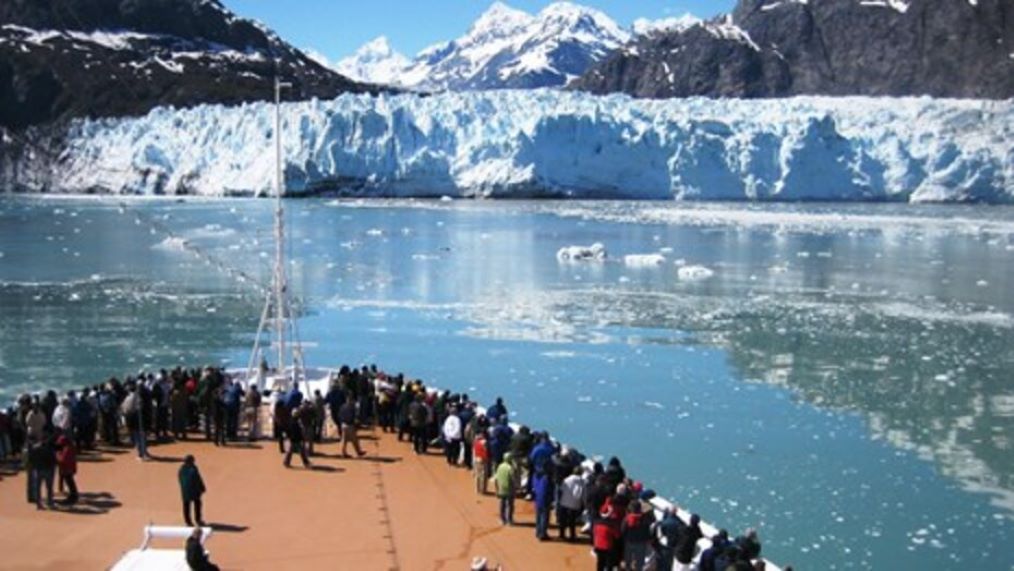 The word “emergency” means a crisis that threatens immediate harm unless urgent action is taken. “Climate change” refers to long slow variations in key features of our weather, such as 30-year averages of temperature and precipitation. It is only measurable over decades and centuries. Some of the changes can be beneficial and some can be harmful depending on how we adapt. Regardless of whether climate change is natural or human-caused, the words “emergency” and “crisis” do not apply.

Introduction
Data from around the world indicates that the global climate has been warming since the early 1800s. Those decades marked the end of the “Little Ice Age” during which many locations around the world had reached their coldest conditions since the end of the last ice age 11,000 years ago. Before that, there were long intervals in many places which were warmer than today. For example, while we are accustomed to the Canadian Arctic now being covered in ice most of the year, for thousands of years before the Little Ice Age much of the Beaufort Sea was ice free almost all year round1.

Climate warming didn’t just happen in recent decades. To take an example well-known to many Americans, Glacier Bay Alaska underwent a rapid warming in the 1800s. In 19232, Professor William S. Cooper noted that the entirety of that scenic bay had been under a mountain of ice when Captain Vancouver reached it in 1794. But the ice began melting soon thereafter and by 1920 (a full century ago), it had retreated sixty miles inland, almost to the end of the distant Torr and Muir inlets, where visitors today still go to see the remains of those once-mighty glaciers.

In addition to getting warmer since 1800, the world has grown far wealthier and healthier. Average real income per person grew about fourteen-fold over this time3. In 1801, every country around the world had an average life expectancy under 40 years while today, it is over 70 years globally and, in many countries, it is over 80 years. Global annual per capita income has been growing faster since 1990 than ever before in history, while the number of people living in extreme poverty fell from nearly 1.9 billion to about 650 million4.

Over the past 200 years, the world has experienced both warming and dramatic increases in both incomes and living standards. The availability of inexpensive energy from fossil fuels was essential for economic and social progress. To the extent greenhouse gas emissions from fossil fuels contributed to the warming, it did not prevent us from becoming far better off. There is no historical support for the view that the warming we have experienced is a crisis or emergency. 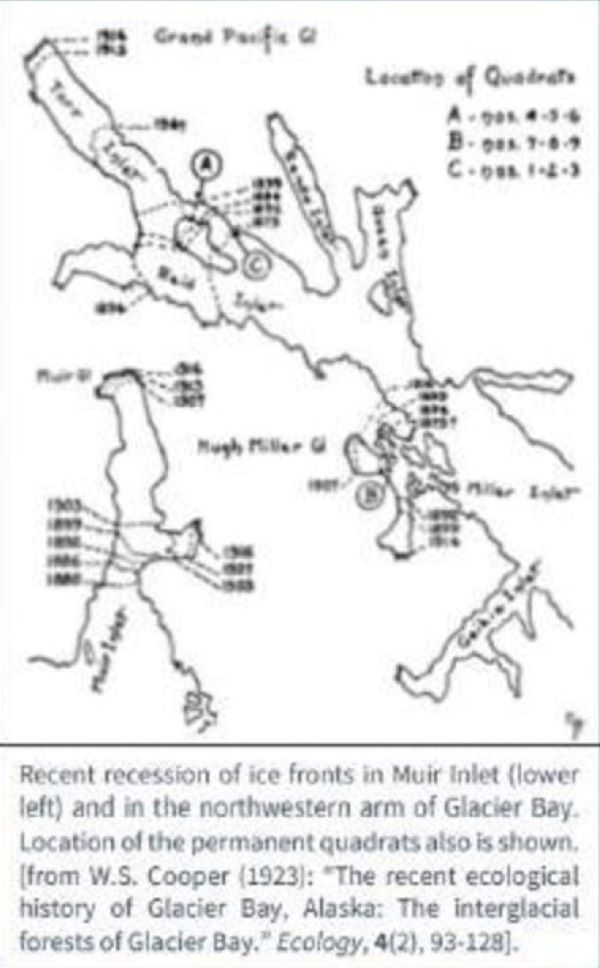 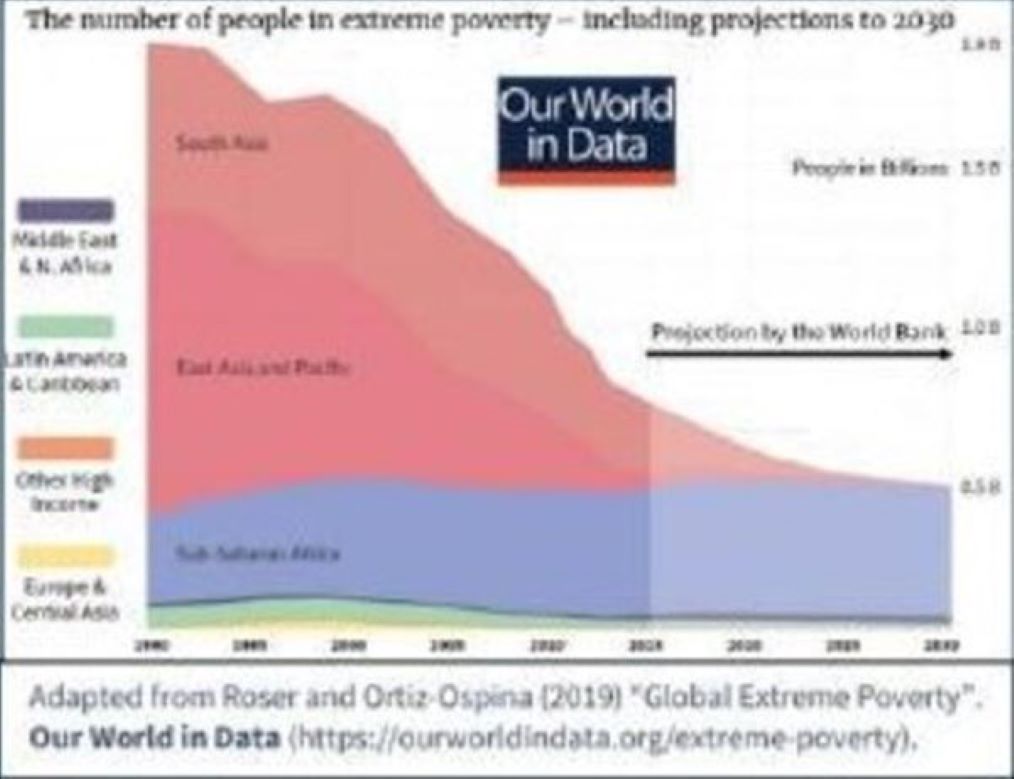 What About the Future?
In 2013, the Intergovernmental Panel on Climate Change (IPCC)5 conducted a thorough survey of the projected impacts of global warming
in the context of the other trends in economic growth and development.
They concluded that the effects will be real, but relatively small and manageable compared to all the other coming changes:

In sum, just like over the past 200 years, during the coming century there will be many advances in science, technology, income and living standards. The effects of climate change will be small compared to these.

Overuse of Worst-Case Scenarios
Studies of the future impacts of climate change rely on long term projections of carbon dioxide emissions. Unfortunately, many thousands of studies6 in recent years rely on an emissions scenario called “RCP8.5” which is known to be7 seriously exaggerated. Some scientists have urged their colleagues to stop using it8, or to put a warning label on it that it is merely a speculative “worst-case scenario”. But instead it is frequently called “business-as-usual” as if to suggest we are guaranteed to experience it if we don’t undertake rapid and costly emission reductions. This is very misleading. Emissions over the past few decades have been at the low end of the range of projections used by scientists for climate modeling studies9. Projections based on emission paths that are consistent with historical trends do not point to a climate crisis; instead, they suggest a continuing slow, manageable rate of change. They support the IPCC’s conclusion that the impacts of climate change over the coming century will be relatively small compared to everything else.

Do Climate Models Predict an Emergency?
Over 40 major climate modeling centers exist around the world, and their models project many different things. It is possible to set up a climate model that can generate a crisis, such as runaway warming or the melting of the Antarctic ice sheet. But it does not mean such forecasts are realistic. Before taking such projections at face value, we need to look at which models do better at reproducing trends over the past 40 years given the observed changes in important climate drivers like solar radiation, greenhouse gas levels, air pollution, and land cover.

Scientists who have done this10 have concluded that almost all models predict more warming of the global atmosphere than was observed, with many models predicting at least double the observed warming. The most accurate models have a lower sensitivity to changes in greenhouse gases, and they tend to predict less warming in the future.
This adds to independent evidence11 that the models that fit the global surface 20th century temperature record best are the ones that have the least sensitivity to greenhouse gas levels.

The most accurate models do not project a climate emergency. Instead, when combined with historically plausible economic models, they imply modest warming and small economic effects12, especially for the next 30 years. Even in the unlikely event the extreme RCP8.5 projection is correct, it is forecast13 to lead only to a net economic loss of about 7% of global Gross Domestic product by 2100. At 2% annual economic growth, this means the global economy will have grown by 354% from 2020 to 2100 rather than by 388%. Hence even the worst-case scenario is not a crisis.

What about Droughts, Floods, Hurricanes and Other Extreme Weather Events?
It is important to note that in its 2012 review of long term trends in global extreme weather14, the IPCC did not find a clear connection between climate change and most types of weather extremes, and noted that some trends, including drought frequency, were decreasing around the world. To take an example currently on the minds of many Americans, wildfire trends15 are decreasing globally, contrary to popular perception.

Conclusion
The global COVID-19 pandemic has showed what a global crisis looks like. By contrast, while climate change is an issue to which we should pay attention and continue to monitor, the evidence shows it is not an “emergency.” Policies that would block global development and economic growth in response to inaccurate rhetoric about climate change would do far more harm than good and should be firmly resisted.