A great fighter for environment and climate and a CLINTEL-Ambassador is gone. 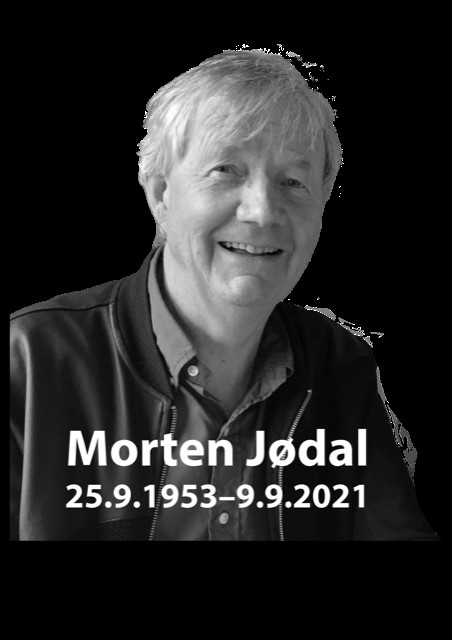 Morten Jødal was Chairman of the Board of Norwegian Climate Realists and the Norwegian CLINTEL ambassador. He died suddenly on September 9, 2021. We have lost a great fighter for the environment and a superb organizer of our fight against the idea of a catastrophic manmade climate change that threatens humanity.

Morten grew up in a suburban community right outside Oslo, near the big forest area that surrounds the city. He was always an outdoor person. The sea, forest and mountains were his home. Already as a student of biology he found a small house in a forest reservation, which he rented and lived in with his wife – in proper distance from the city life.

After finishing his studies, he was commissioned to write plans for a Center for development and environment at University of Oslo, a job he did so well that he became the first Director of the Center. Before the EU-referendum in 1994 he worked for WWF and analyzed the difference between classical environmental protection in EU and in Norway and concluded that EU had far better protection. From then on, he campaigned for EU-membership, which was not well suited for the WWF camp. This shows how Morten let facts guide him – regardless of the views of authorities or politicians.

The Norwegian Climate Realists organization was established in 2009. In 2012 Morten Jødal became member and he gave a talk explaining how Nature and Agriculture improved with more CO2 in the air. This is opposite of what we are told in media and by politicians – that CO2 is poison and shall be eradicated from this planet. Which of cause will kill all life. Morten protested against such indoctrination and started to investigate other environmental myths. After five years he presented the results in a richly illustrated book, Environmental Myths – do we Face the World’s Doom? (in Norwegian). The book got excellent reviews, but no publisher dared to publish it, so the Climate Realists of Norway published it. It was quickly sold out – even to all public libraries in Norway. 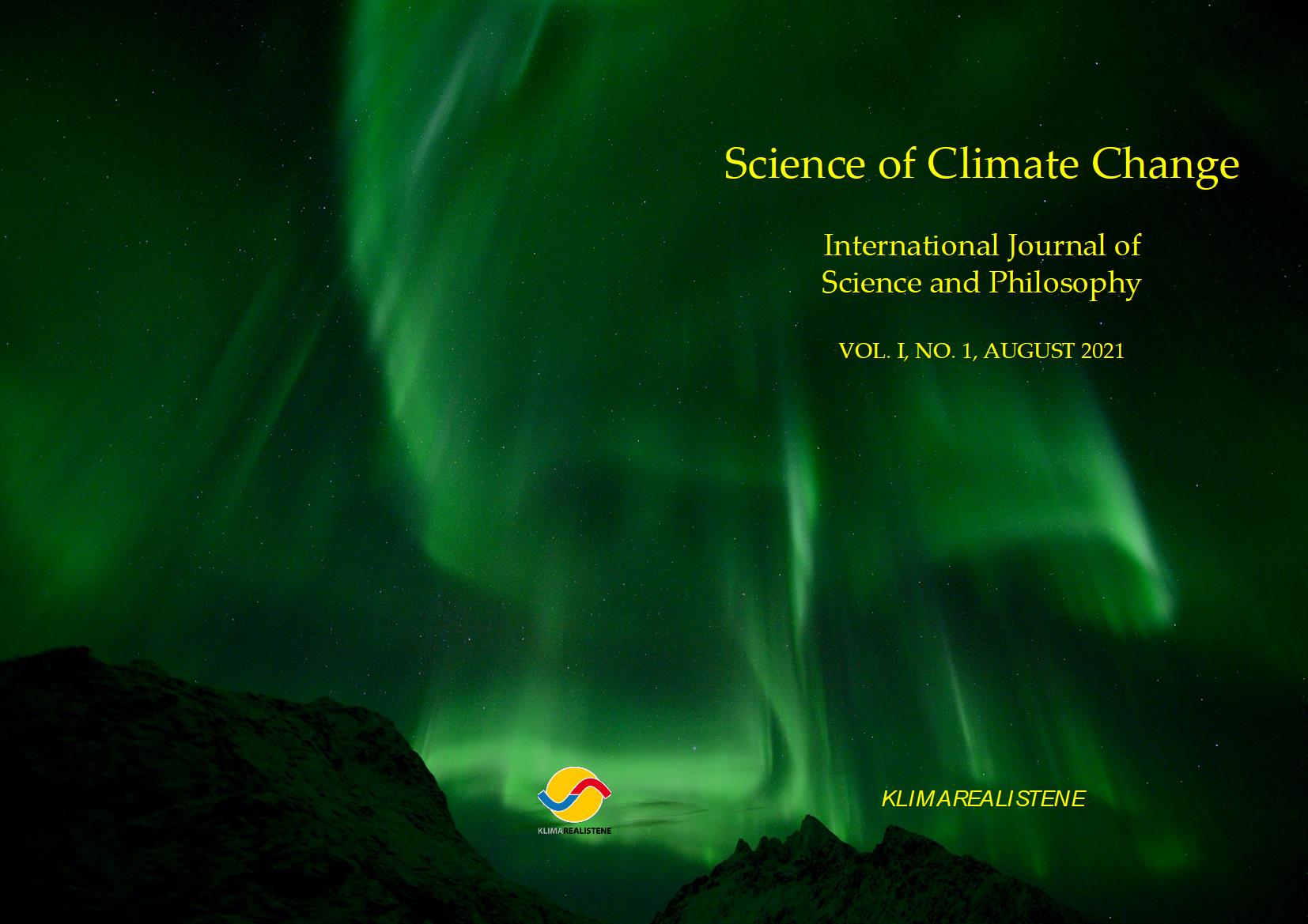 In the preface of the book, he wrote “The environmental- and climate-debate has forced me to ask the question: Is the authority the truth or the truth authority?”. His conclusion was that we can learn from Nature which laws govern the nature, but we can never govern nature. The nature is robust. Our planet is dynamic. Always changing. The only way species can survive is to adapt to changes. This is also true for mankind.

In 2018 he was elected chairman of the Norwegian Climate Realists. He started to reorganize, hiring professional help, and improving our public image. The result was increasing membership. Now we have more than 1200 members.

In 2016 and 2018 the Norwegian Climate Realists participated as organizers in Nordic Climate conferences in Stockholm and Göteborg, Sweden. In 2019 it was decided to follow up with an international climate conference in Oslo, with Morten Jödal as the prime organizer. The conference was named Natural Variability and Tolerance and had 170 participants from 12 countries. It covered topics as Lessons about climate from the past, the Barents Sea, the Barrier Reef, Polar Bears and Efficient Food production. The conference was also a 10-year jubilee celebration for the Norwegian Climate Realists. A follow-up conference was planned in Copenhagen in 2020 but was postponed due to the Covid19 travel restrictions. 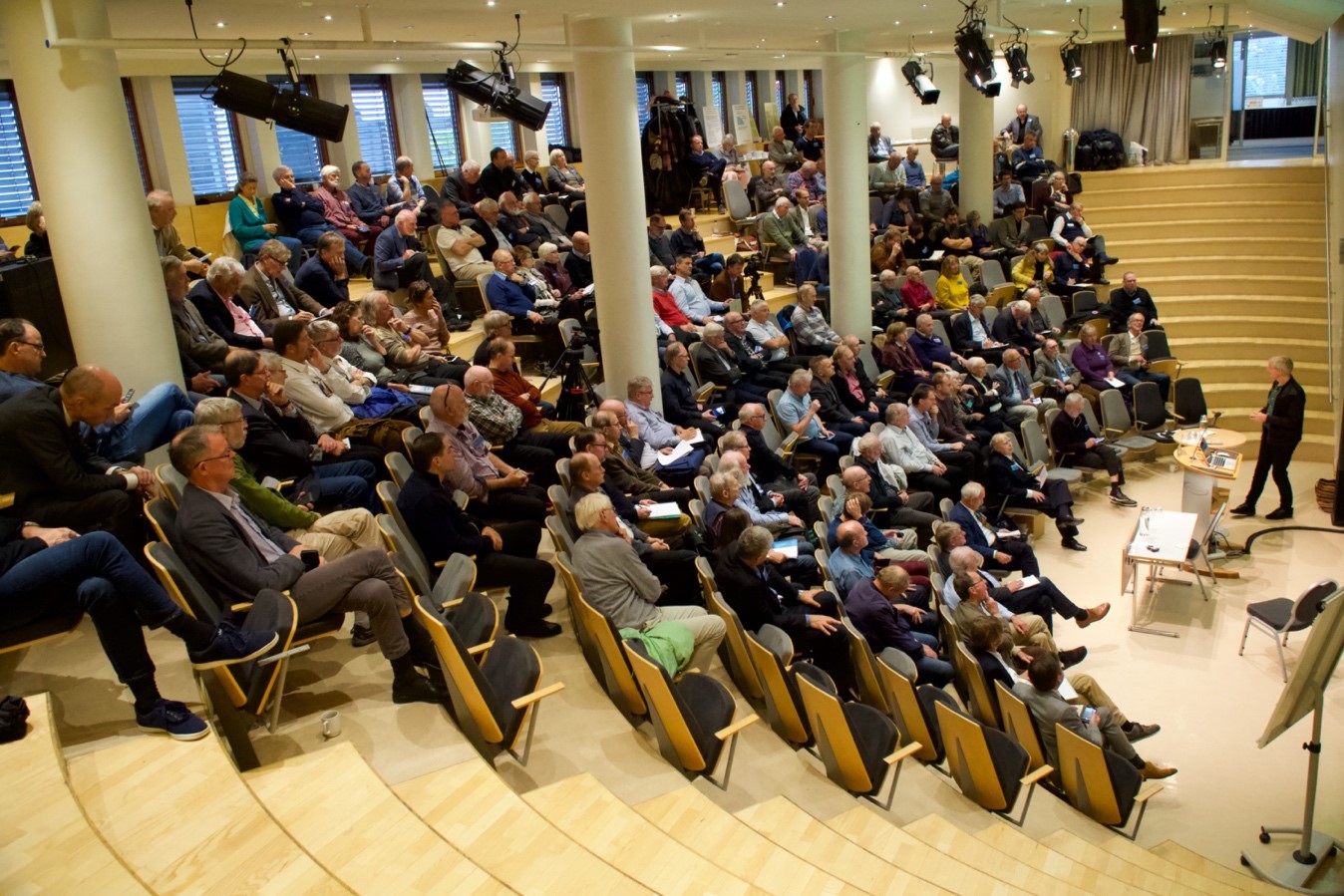 From the Oslo Conference on Natural Variability and Tolerance, Oct 18-19, 2019

At the conference Professor Guus Berkhout presented CLINTEL and the European Declaration THERE IS NO CLIMATE EMERGENCY. Morten Jödal was already a CLINTEL-ambassador and a great campaigner for the declaration. When the Climate Realists got a donation the following year, advertisements with the declarations were bought in many Norwegian newspapers. To our surprise many newspapers declined to publish the ad.

During the years we have witnessed that good science has been rejected from scientific journals, editors who accepted papers denying climate crises have been fired, and even a journal (Pattern Recognition in Physics) was closed down by its owners Copernicus publishing, when some articles appeared indicating a connection between planetary periods, the Sun and the climate. It was therefore decided to start an independent scientific journal – not owned by anyone, and so we did with Morten Jödal as one of the prime organizers. Luckily, he got to see the first issue of INTERNATIONAL JOURNAL OF CLIMATE CHANGE, just a few days before he died.

Morten Jødal was also translating science books from English to Norwegian. In 2020 he translated Gregory Wrigtstone’s book: Inconvenient Facts, The Science that Al Gore doesn’t want you to know. When he died, he had just finished a translation of Bjørn Lomborg’s book False Alarm, which will be launched at the end of October this year.

His final task was to organize a seminar of the topic Freedom of Speech. This will take place in the Literary House in Oslo, Nov. 22. 2021, and Morten had just finished the agreement with the speakers when he suddenly died. The Climate Realists of Norway will arrange the seminar, and we may find a new CLINTEL ambassador.

Morten Jødal was an optimist. He believed in the robustness of nature which has learned to survive.  A slightly warmer world with more CO2, will be beneficial for all life on the planet Earth. A cold climate is more difficult than a warm climate. He told us to love nature and respect its laws.

We lost him too early and will miss him as an inspiring leader, always positive – full of ideas and plans for future. We will do what we can to follow up his many ideas. 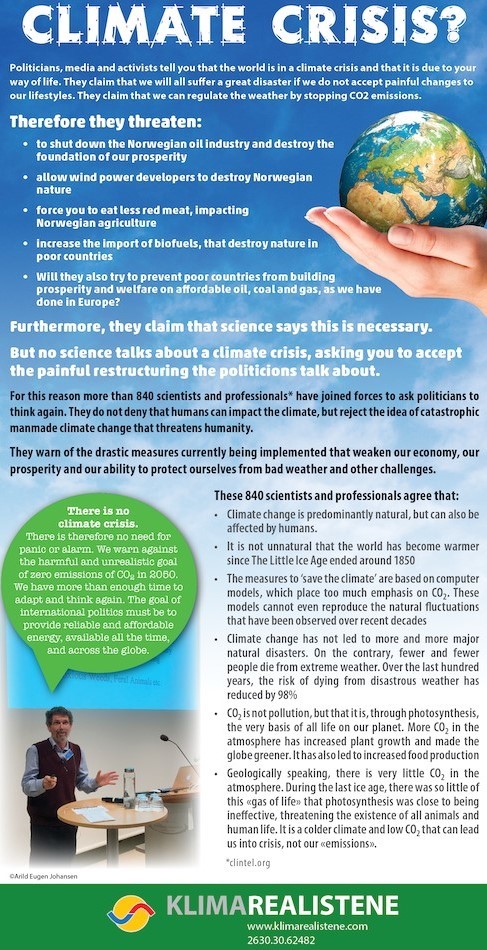