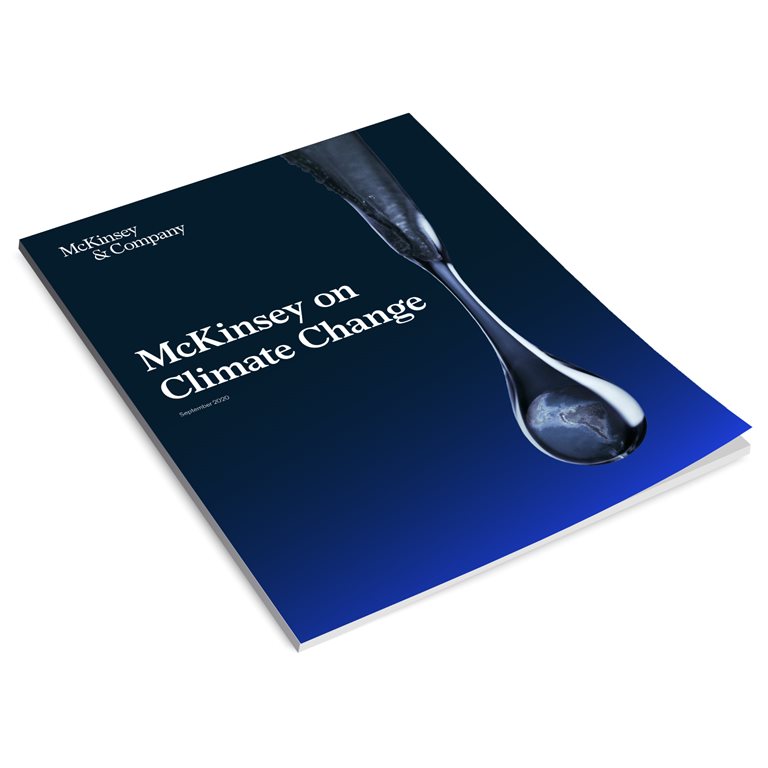 To introduce CLINTEL, we are a group of over 900 highly-experienced climate scientists and professionals in 36 countries; we pride ourselves in taking independent objective views on climate science and associated policy, see www.CLINTEL.org.

We have studied with great interest your September 2020 publication “McKinsey on Climate Change” as well as your January 2020 publication “Climate Risk and Response”. We admire McKinsey’s pedigree in highly insightful analyses, yet these two publications greatly surprise us in their lack of scientific objectivity.

As you state, both rely on the RCP8.5 scenario of the IPCC AR5 CMIP5 models, inappropriate in our view, as that scenario was developed in AR5 to model a world growing as the then rate of China. That scenario is most implausible, RCP4.5, if any, now being significantly more relevant. Furthermore, in using the Woods Hole Research Centre (WHRC) models, you project reaching a global temperature of 2.3°C above pre-industrial by 2050, with a possible 1.8m sea-level rise by 2100, both inexplicably well beyond the SR8.5 extreme case figures. Under these WHRC models, it is no surprise that your projections for future climate impacts may better belong, we suggest, in the field of science fiction. Your extreme point of view may seriously hurt the reputation of McKinsey as a competent and objective counsellor.

The latest observations indicate that actual warming is between one-half and one-third of that projected in the average of the suite of CMIP5 models. These observations over the last 40 years (the satellite era) indicate that the planet is actually warming by around 0.15°C per decade, implying a further rise of ~1.2°C by 2100. Likewise, sea level observations (both tide gauge and altimetry) indicate a rise of 2-3mm/year, implying ~20-25cm further rise by 2100.

We therefore see no climate emergency whatsoever. In addition, we are very concerned of a gigantic misallocation of global economic resources, as your publications seem to suggest, to an exaggerated climate threat. Why does an ethical company such as McKinsey, we wonder, take such an extreme position?

You and your scientific advisors would be very welcome to hold a debate with our world-class scientists. We look forward to your response.