At the White House, the Purge of Skeptics Has Started 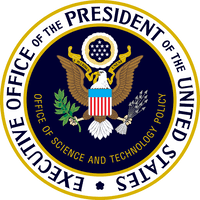 President Donald Trump has been sympathetic with the climate skeptics’ position, which is that there is no climate crisis, and that all currently proposed solutions to the “crisis” are economically harmful to the U.S. specifically, and to humanity in general.

Today I have learned that Dr. David Legates, who had been brought to the Office of Science and Technology Policy to represent the skeptical position in the Trump Administration, has been fired by OSTP Director and Trump Science Advisor, Dr. Kelvin Droegemeier.

The event that likely precipitated this is the invitation by Dr. Legates for about a dozen of us to write brochures that we all had hoped would become part of the official records of the Trump White House. We produced those brochures (no funding was involved), and they were formatted and published by OSTP, but not placed on the WH website. My understanding is that David Legates followed protocols during this process.

What follows is my opinion. I believe that Droegemeier (like many in the administration with hopes of maintaining a bureaucratic career in the new Biden Administration) has turned against the President for political purposes and professional gain. If Kelvin Droegemeier wishes to dispute this, let him… and let’s see who the new Science Advisor/OSTP Director is in the new (Biden) Administration.

I would also like to know if President Trump approved of his decision to fire Legates.

In the meantime, we have been told to remove links to the brochures, which is the prerogative of the OSTP Director since they have the White House seal on them.

But their content will live on elsewhere, as will Dr. Droegemeier’s decision.