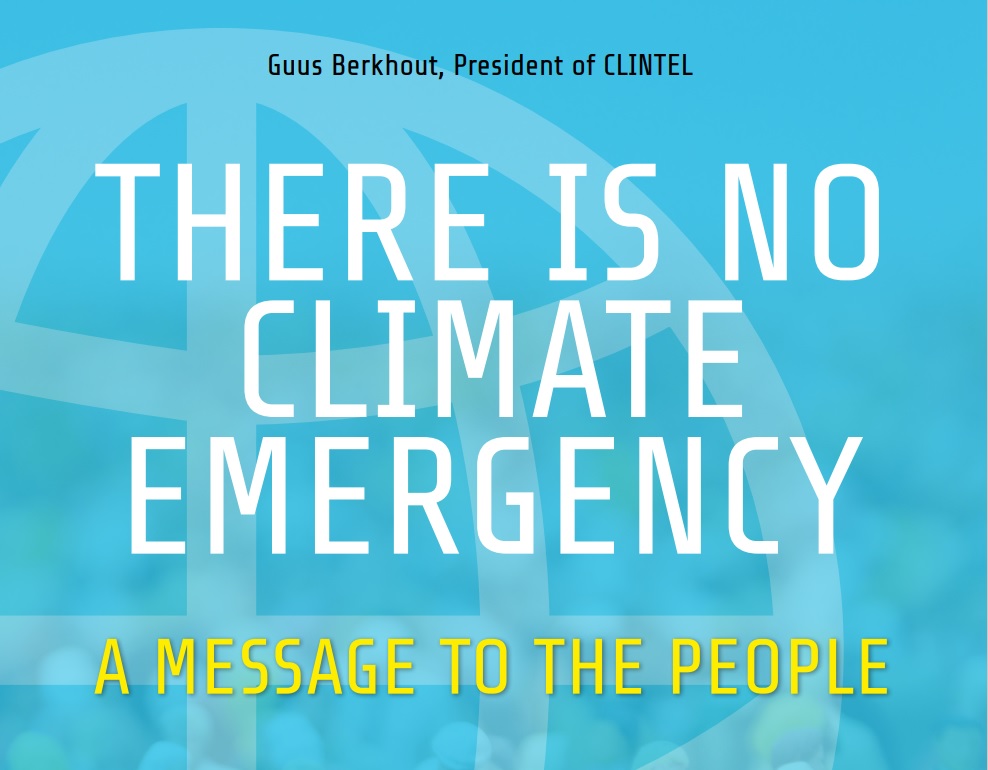 There is No Climate Emergency,
a Message to the People

In the past decades the public has been flooded with fear-mongering stories, telling them that global temperatures will rise to catastrophically high levels.

Climate activists claim that the cause of all this impending doom is the increasing amount of CO2 produced by human activities. The proposed solution is the so-called net-zero emission policy, aimed at lowering human net CO2-emissions to the levels of the pre-industrial era of the late 1700s.

Those activists also claim that people should panic, and that time is running out: “Be aware that it is five minutes to midnight, we must act without delay!” Many thousands of scientists disagree; More than 1400 are Clintel signatories. 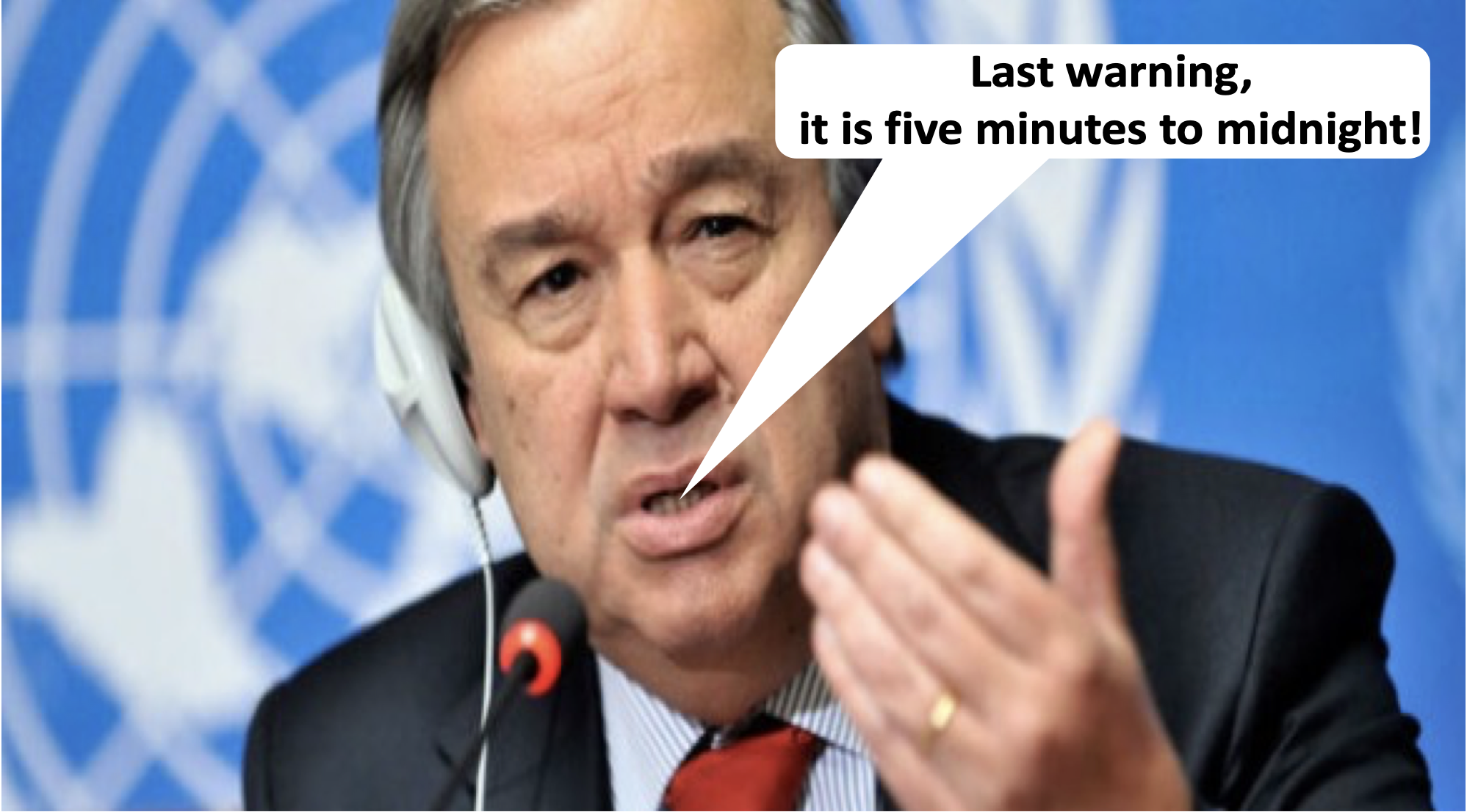 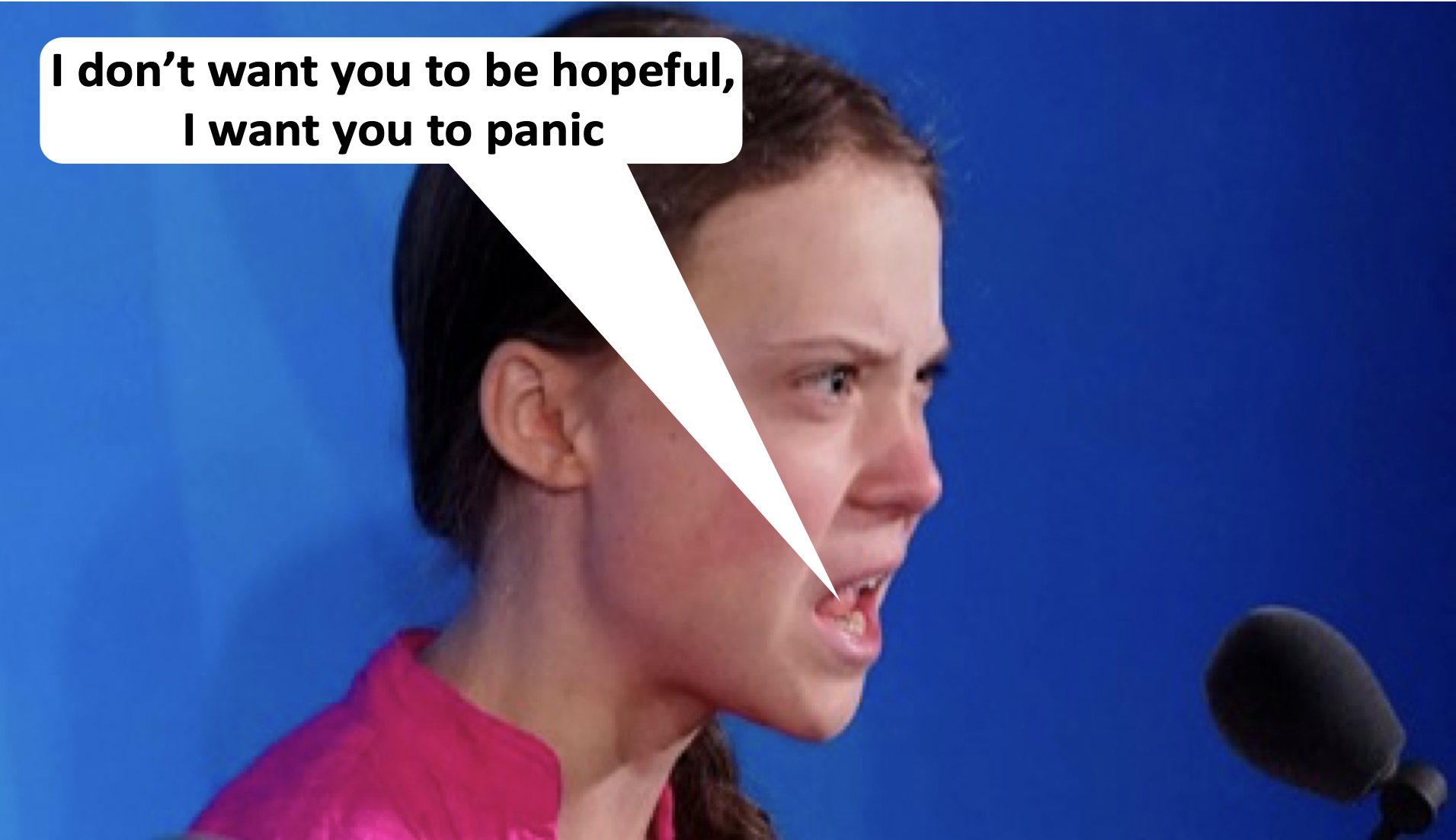 In his numerous ‘last warning’ speeches, Antonio Guterres refers to computer simulations, not the real world. Greta Thunberg testified to the US Congress that there was ‘no science’ behind her ‘panic’ comment.  This info cannot be found in the media.

So why is there such a big difference between the scaring climate activists’ narrative and the optimistic climate scientists’ message, who believe there is no climate emergency? Please, before you continue reading, watch our message: Consensus meet CLINTEL

Not many citizens are aware that all the frightening climate predictions have been generated by computer models. And we know from experience in many other complex areas, how misleading computer models can be.

For example, think of the many wrong predictions by economic models or think of the large mistakes in recent pandemic modeling. The output of computer models depends fully on the assumptions that modelmakers put into them. In the past 50 years, the predictions of climate models about global warming and their dire effects have all been wrong. In the engineering community, they would be qualified as useless.

More specifically, the assumptions in climate modeling are such that predicted temperature changes turn out to be persistently too high. Even worse, extreme weather events – such as heatwaves, droughts, floods, hurricanes etc. – are intentionally used to support the extreme climate predictions. But if we position the current extreme weather events in a historical context, we see that these events are ‘climate business as usual’. See Goklany, 2020.

The conclusion is that models (computer simulations) run ‘too hot’ and that predictions of adverse effects on humans are highly dubious. They project a catastrophic future that is not born out by observations. It is much wiser and safer to rely on measurements. The history of science tells us that significant steps forward are always fueled by observations from new measurement instruments.

Think of the very recent spectacular images of outer space by the new James Webb Space Telescope. The same good news applies to the modern satellites that deliver high-quality measurements around the Earth since 1979. Satellite data shows NO extreme warming, and this is cross-checked by millions of weather balloon measurements.

Therefore, let us make use of the abundant temperature measurements made through the years. Those from the beginning of the industrial period (1850) until the present (2020) we see in Figure 1. Measurements tell us that the temperature in 2020 is 1.1 oC higher than in 1850. 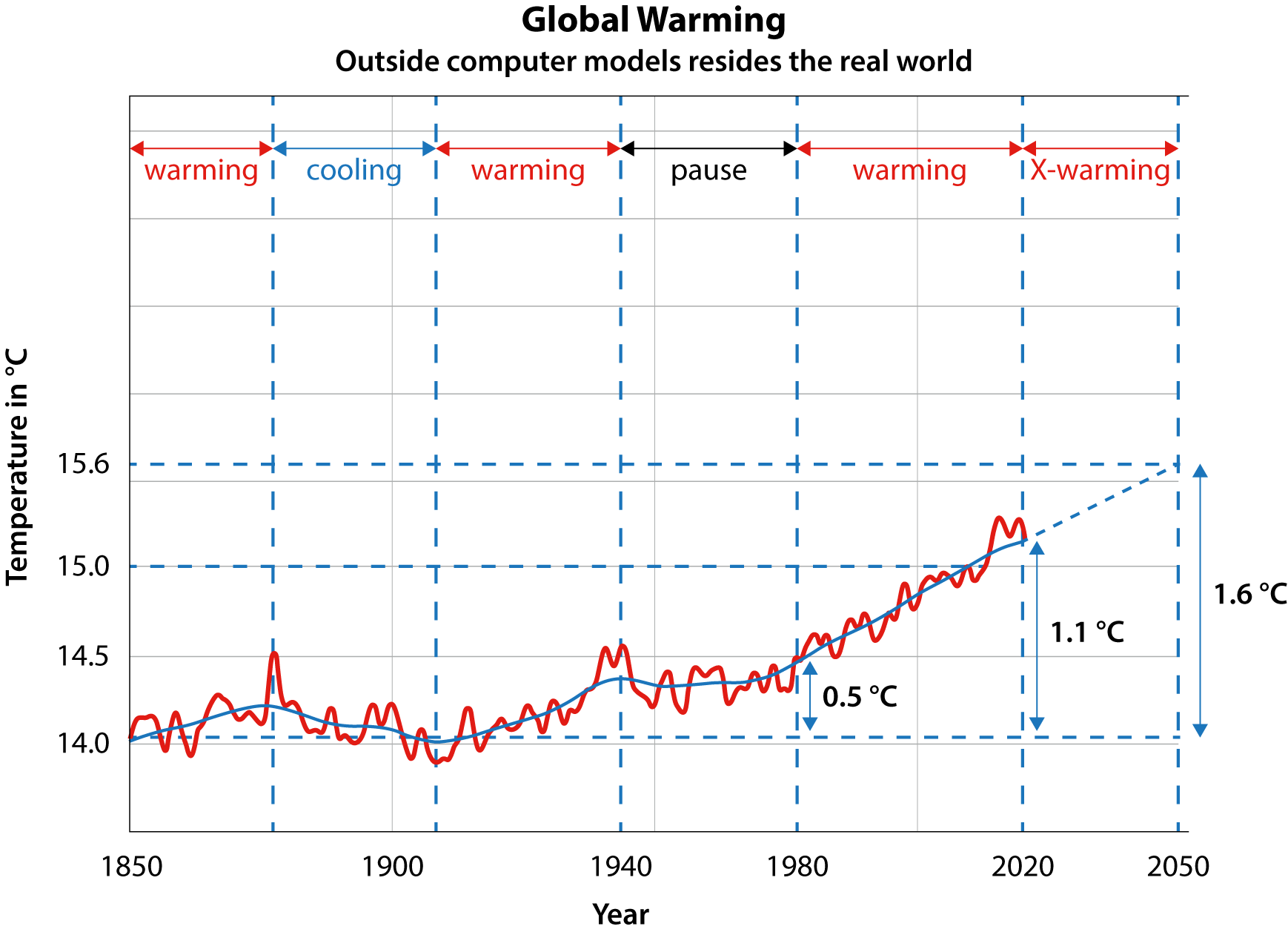 Using Figure 1, let us extrapolate the satellite temperatures to the year 2050 by assuming that the temperature increase of the past 40 years (1980-2020) will carry on without any pausing and cooling. This generous projection results in a 2050-temperature that is 1.6oC higher than in 1850. Now, here is the big question: ‘Is the global warming of 1.6oC a scary result? Does this outcome really tell us that it is ‘five minutes to midnight’?

Despite of this huge mean temperature difference of 22oC, both cities are very prosperous and the citizens in both cities are enjoying life. So, why do the media tell us that a global warming of 1.6oC or more will lead to a disaster (“the end is near”), while 22oC difference between Oslo and Singapore turns out to be no problem whatsoever?

Figure 2: Global mean temperature from 1850-2050, together with the average temperature of the prospering cities Oslo and Singapore in 2020. Note that the global warming of 1.6 °C is marginal with respect to the difference of 22 °C between the two cities (almost factor 14)

The answer is adaptation! Mankind shows an impressive history, having survived many big changes in its living environment, including big changes in the Earth’s climate. Thanks to our ingenuity, human beings have always found clever solutions to cope with all past challenges, again and again. If you visit Oslo and Singapore, you see an impressive demonstration of human’s capability to adapt to climate differences of 22oC.

There is another interesting observation to make. Gradual global warming is not a serious problem, whether it is caused by CO2 or not. Not mitigation but adaptation is the solution. So, for all of those who would like to think that the present global warming is fully caused by CO2, our conclusion stays unchanged.

Bear in mind that during the cooling period around 1900 and the temperature pause in the sixties (see Figure 1), the CO2-concentration in the atmosphere continued to increase without delay. Hence, the anomalous temperature behavior in these two periods were indisputably caused by mother nature. The same applies for the large climate difference between Oslo and Singapore.

Finally, for those who still believe that CO2-emissions are pollution, we urge you to remember that CO2 is essential for all life on Earth. Additional CO2 in the air has promoted growth in global biomass. It is also very favorable for agriculture, increasing crop yields worldwide.

If also this fact of life isn’t sufficient convincingly, please realize that with the availability of modern nuclear power plants we have ample time to create a global energy system with largely zero emission. But again, the big question is whether zero emission is a sensible goal.

In conclusion, don’t let the terrifying stories of supranational institutions – such as the UN, EU and WEF – scare you. Particularly, climate alarmists must not use extreme weather events to poison our children with fear:

The gradual global warming, which started around 1700 after the end of the Little Ice Age, is a fact and has not caused any serious problem. Our advice is: “Enjoy today’s climate, because stories from the Little Ice Age tell us that a cold climate is full of hardship”.

If we continue to invest in innovation, mankind can easily cope with any effect of further warming. Hence, we must stop the demoralizing back-to-the-past mitigation solutions. We observe that it only leads to decline and poverty.

Instead, we must focus on the power of adaptation, based on science, technology, and education. It will lead us into an era of prosperity for nature and mankind. Please, join our journey! 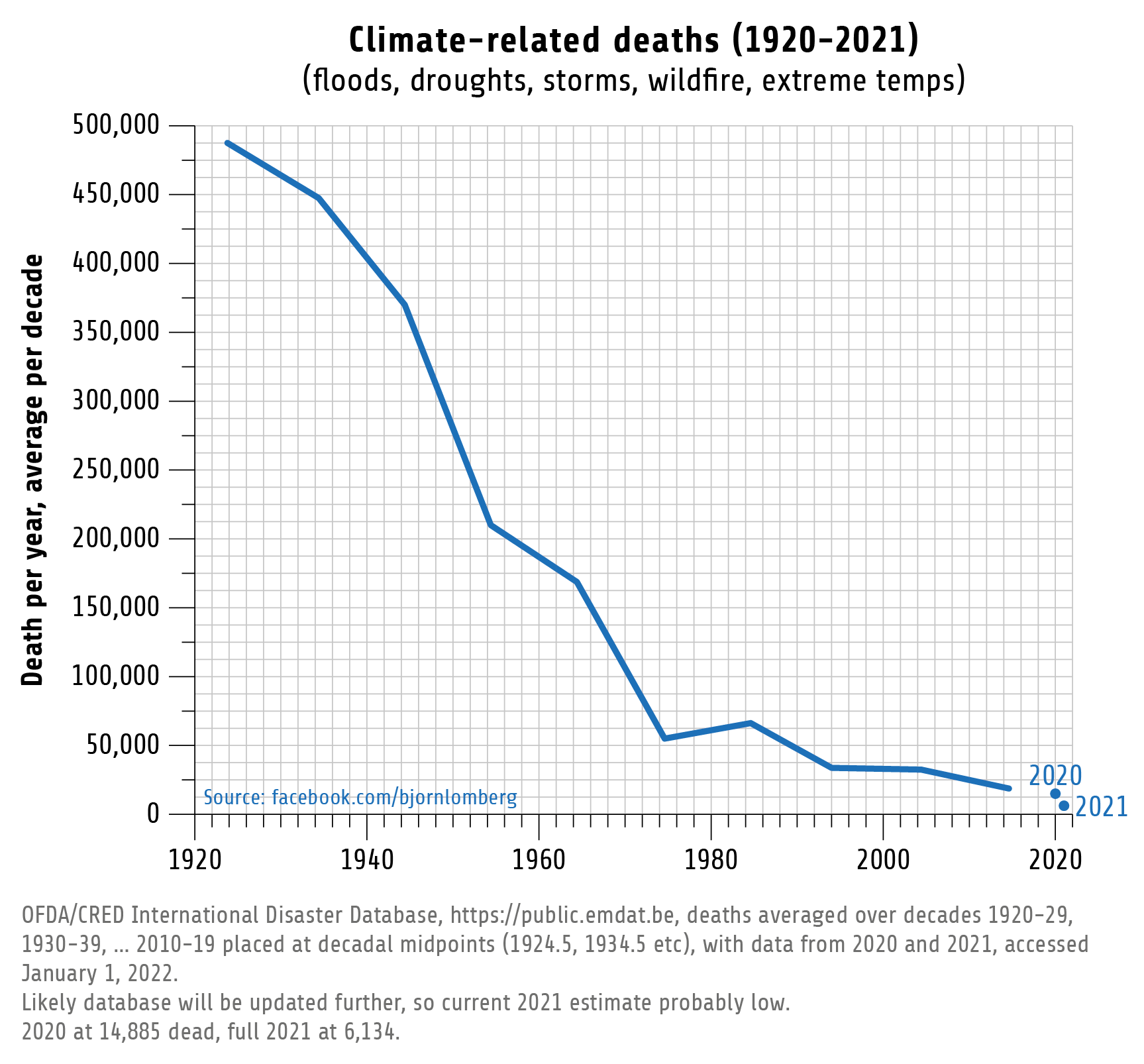 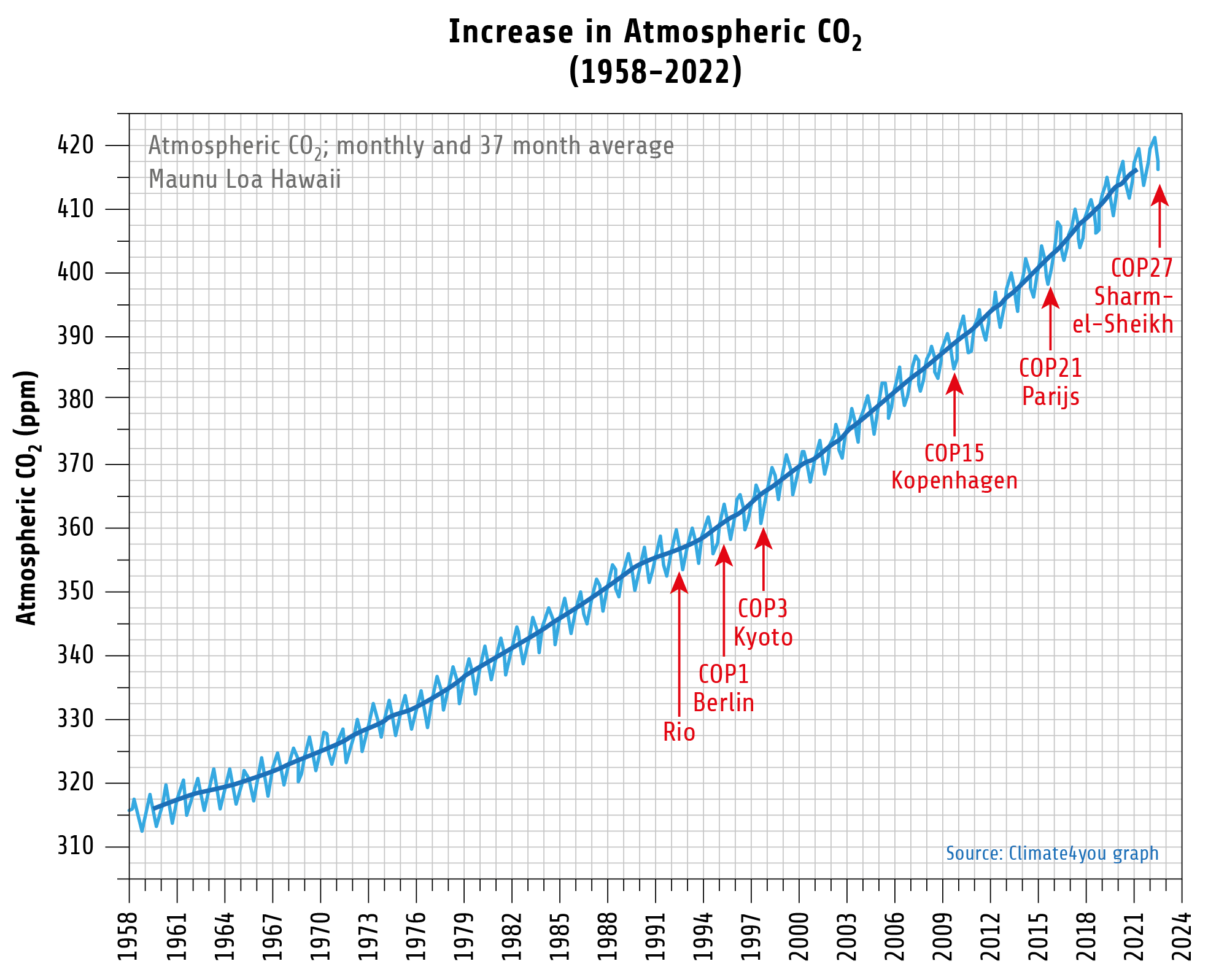 Thirty years of climate summits have had no discernible effect on the rise in atmospheric CO2 concentration. These summits cost an enormous amount of money. Money which can be better spent on adaptation measures.

Guus Berkhout is emeritus-professor of geophysics, member of the Royal Netherlands Academy of Arts and Sciences (KNAW) 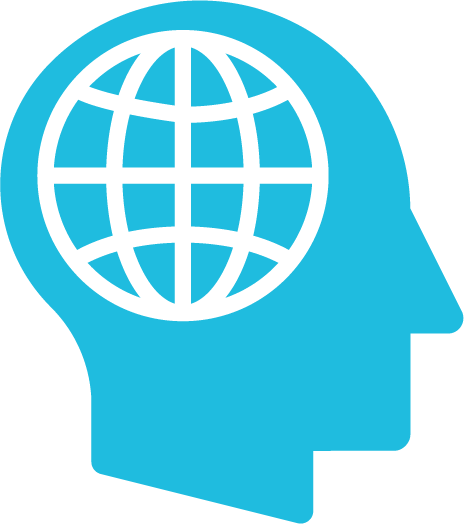