Benny Peiser: “we are entering a new phase in the climate debate”

Benny Peiser, director of the Global Warming Policy Foundation, gave a talk for the Irish Climate Science Forum and CLINTEL. His online presentation was titled: After COP26, with a looming energy crisis, is there a realistic alternative to Net Zero?
The GWPF recently rebranded the name of their campaigning arm to Net Zero Watch. So it was not surprising the focus of his talk was the obsession current western leaders, like Biden and Johnson have with Net Zero.

The reason of this obsession is the 1.5 target that was now the main focus of the COP26 conference in Glasgow. Remember, in 2015 in Paris countries agreed they would try to stay below 2 degrees Celsius compared to preindustrial and preferably even below 1.5 degrees. The IPCC then published a special report in 2018 about this 1.5 C threshold. In this report they calculated the remaining carbon budget to stay below 1.5 and 2 degrees. Since then these carbon budgets play a key role in international climate negotiations. You get messages like “we have only 12 years to save the planet”.

In practice staying below 1.5 C means Net Zero for the whole world in 2050. Peiser showed with graphs from the recent past and projections from the EIA that such ambitious goals are totally unrealistic. 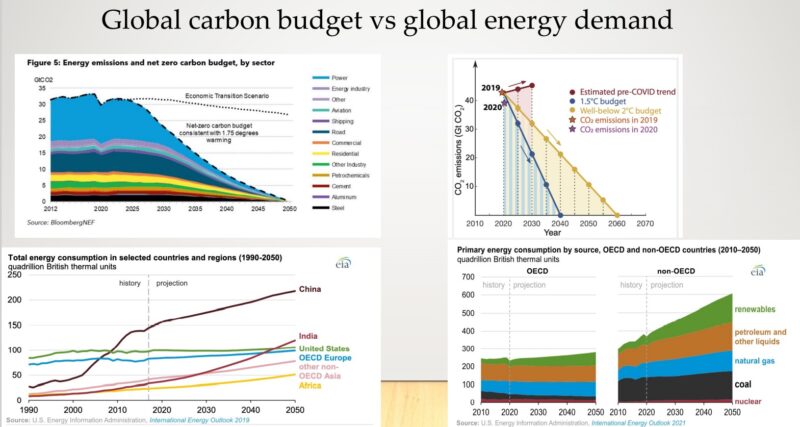 At the top what is needed (according to models) to stay below certain targets. Under projections by the EIA. From the presentation by Benny Peiser.

The US Energy Information Administration projects that the energy production from renewables will increase in the coming decades but so will the contributions from coal, oil and gas. Peiser called a quick change to Net Zero totally unrealistic and an “utopian change”. He reminded us though that groups like Exctinction Rebellion really seem to believe that we will go exctinct if we cross the magic 1.5 C barrier. He showed a google search term for “climate emergency” indicating the term came up pretty quickly in 2019 when governments around the world were announcing this “climate emergency”. We live in an era of climate hysteria.

Boris Johnson and Biden wanted countries to acceleratie the phase-out of coal altogether. However during the conference they had to water down the formulation until at the end a meaningless promise by countries like India and China remained. Peiser showed the different formulations. 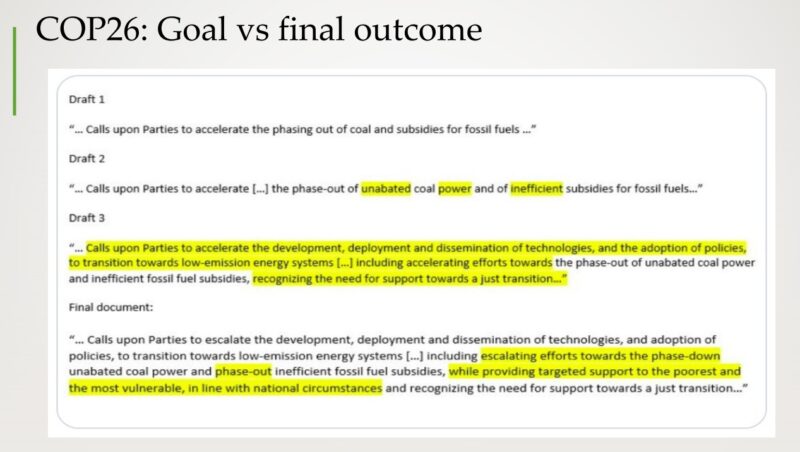 Literally minutes before closing the conference China forced the western countries to water it down to the “phase down” of coal power (whatever that means) and even make it conditional to “targeted support” which means in practice that India is asking for one trillion dollar if the west really wants India to quit coal any time soon. So as the skeptics predicted the conference ended in a huge deception. Targets are not binding and remain conditional on a huge wealth transfer.

Peiser called this 1972 figure about the issue attention cycle the key graph of his presentation. According to him we are just entering – at least in the UK – phase 3 of this cycle in which people start to realise the cost of the policies. In phase 1 scientists try to get the issue on the agenda. This was the fifties to the eighties. Since the start of the IPCC we are in phase two in which there is “alarmed discovery and euphoric enthusiasm”. The media is helping a lot to hype the issue. Peiser told that in this phase public discussion is all about the science (is it really CO2? Is it really bad?) leading to the science is settled and we have to do something. On the policy side people were told climate policies will improve the climate and the environment and at the same time it will benefit the economy (green jobs).

However now mitigation policies are implemented people are starting to feel it in their pocket. And this hurts. In England this winter, especially when it will be a cold one, lots of people will literally sit in the dark and cold in their houses, unable to pay the bills. People begin to realise climate policies make them poorer and colder. Peiser sees a new movement coming up, including tenths of MP’s who want to scrutinize the costs of going to Net Zero. Peiser also noticed that he is approached much more by the media than a few years ago. The media is picking it up, they have to. 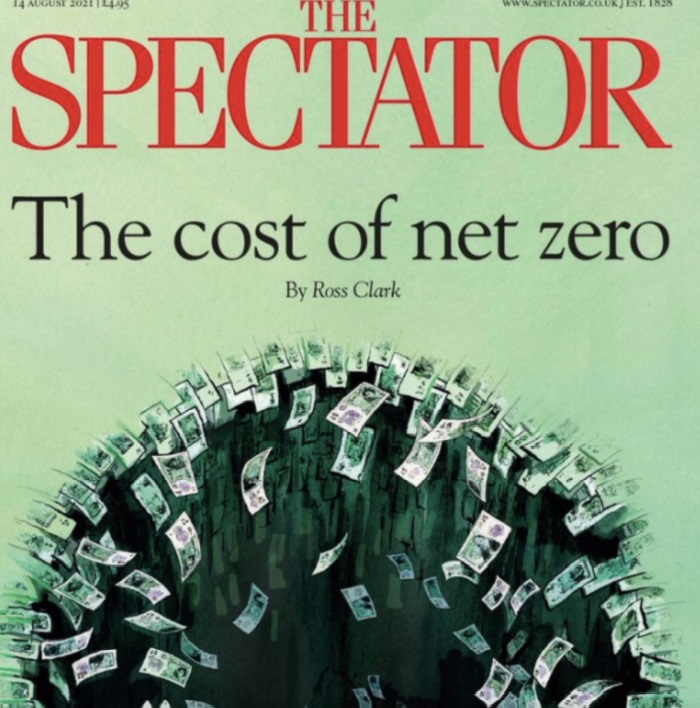 How long the third phase of the issue attention cycle will last is impossible to predict. It could definitely take ten years at least. So skeptics who hope for a sudden change in the atmosphere surrounding climate change will need to be patient.

Peiser’s focus with Net Zero Watch and the GWPF will remain the same for the coming years. “Show that there is really no climate crisis and there is ample time for a slow decarbonisation, first towards gas and later towards nuclear in combination with adaptation.” They recently published a paper documenting this more realistic climate approach.

Peiser has become wellknown for his CCnet newsletter which he made since 1997. Their current newsletter (several times a week) is still a must follow if you want to keep up to date with the news about climate change and climate policy. Please subscribe here.