Global Disasters: A Remarkable Story of Science and Policy Success

Believe it or Not, Disaster Trends are Moving in a Positive Direction 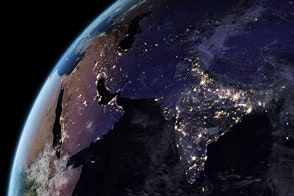 The Earth is a dangerous and violent place. Volcanoes, tropical cyclones, earthquakes, fires, tornadoes, tsunamis, drought … the list of perils is long and scary. But one of the most remarkable scientific and policy successes of the past century has been our collective ability to build resilience to extreme events, even as human activities may be making those events more common or intense.

According to Munich Re, a global reinsurance company that tracks disaster impacts, 2020 saw about 8,200 people die in natural catastrophes. That is a large number of course, and still too many. But in historical context, it is tiny. A century ago the world averaged more than 550,000 deaths per year from disasters, As global population has increased, the number of people who die in disasters has declined precipitously, due to better warnings, preparation, infrastructure and response.

This is a remarkable success story that too often goes untold.

Over the past several decades I have tracked disaster losses in the context of economic growth, and the story there is no less impressive. As the size of the global economy doubled over the past 30 years, disaster losses dropped from about 0.25% of global GDP to less than 0.20%, as shown in the figure below (updated from this peer-reviewed paper).

In 2020, the United States saw a disproportionate amount of disaster losses, according to Munich Re. However, that is not so unusual, since the U.S. has a disproportionately large amount of wealth and property exposed to extremes, especially Atlantic hurricanes, which by themselves have accounted for more than 60% of total historical disaster losses.

Th U.S. also offers a remarkable success story in disaster losses. The panel below shows time series of losses for floods, hurricanes and tornadoes (over different periods) in the context of economic growth (and updated respectively from peer-reviewed papers on floods, hurricanes and tornadoes). It shows that even as the U.S. has become much wealthier, the economic toll of these extreme weather phenomena has declined significantly over the past century and more. 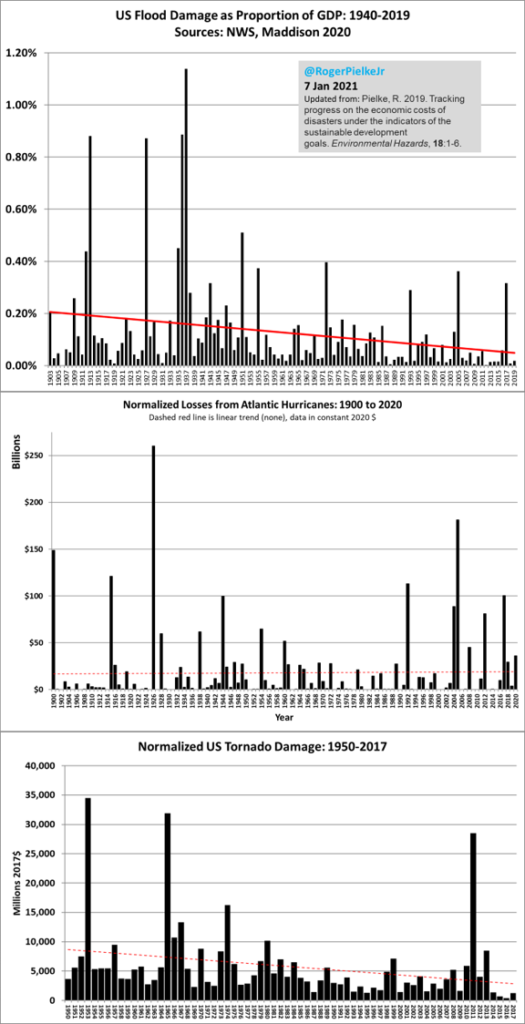 The experiences of the U.S. are not unique. In a 2019 paper, in one of the most important climate-related analyses to have been published in the past decade Guiseppe Formetta and Luc Feyen present “the first global scale, spatially variable multi-hazard analysis of dynamics in human and economic vulnerability to the most impacting climate hazards.” Specifically, they look at loss of life and economic losses from 1980 to 2016 for floods (distinguishing river, flash and coastal), extreme cold, extreme heat, drought and wind storms. They also look at these impacts over various spatial scales and for both low and high income regions. 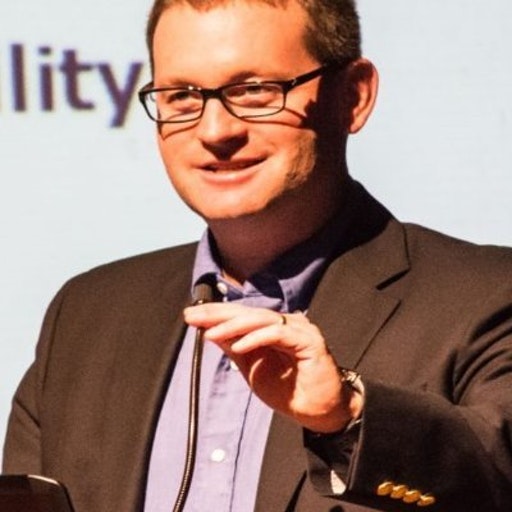 A professor in Colorado
I study and write about the messy and complicated places where science meets politics.