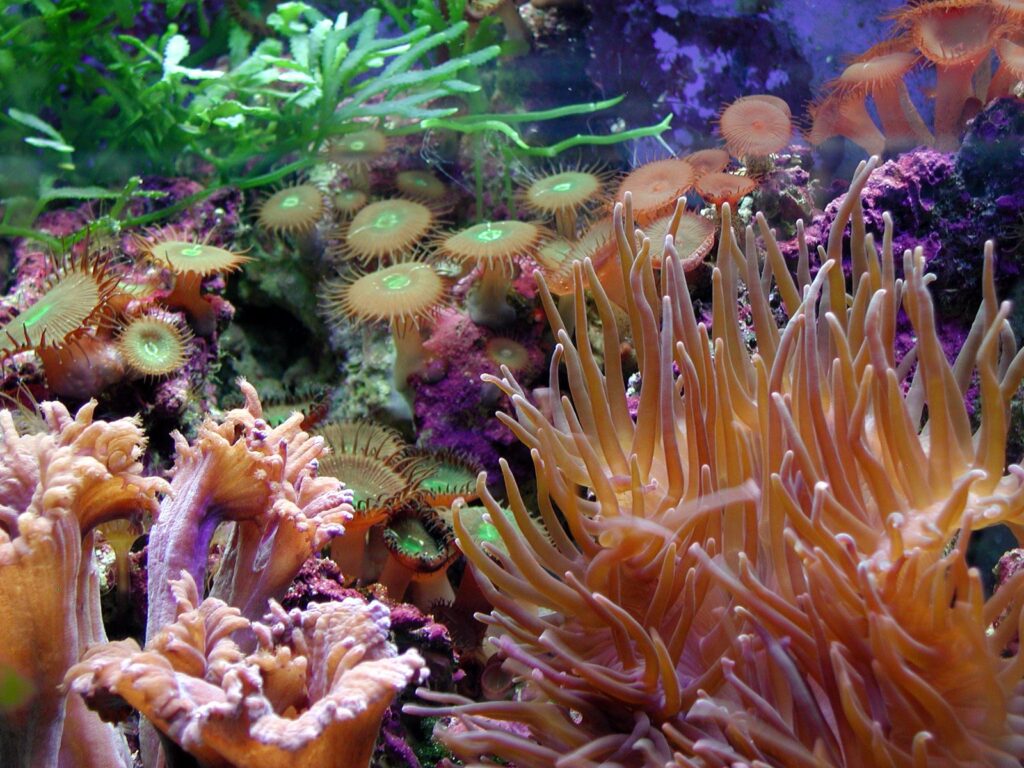 In 2016, there was a major bleaching event in the northern section of the Reef.

There were doom headlines around the world and Prof Hughes, who led the monitoring of the coral, famously tweeted“I showed the results of the aerial surveys of bleaching on the GBR to my students. And then we wept”

It is time to stop crying.

The worst affected area for that event, around Lizard Island where coral cover halved, has now totally recovered. It only took 5 years. The bleaching certainly caused the worst mortality in this area since records began in 1985. In this period, it had not been smashed by cyclones like other areas further south. In future posts I’ll show some other regions with huge natural changes in coral cover. All except the Swains region are at, or above, long-term average values. Some, like the Townsville region, are at near-record highs. 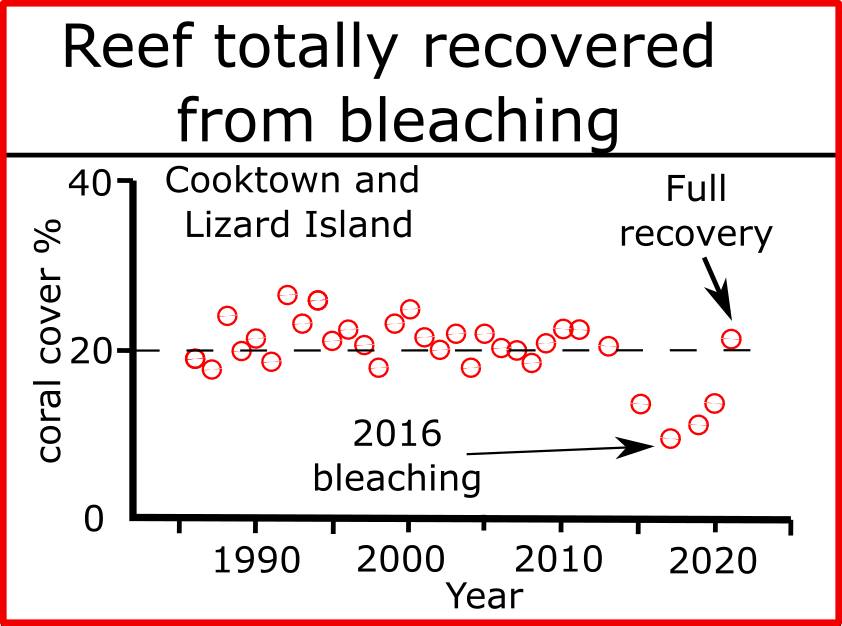 The rapid recovery of the coral in the Cooktown region is not surprising. Despite what our institutions are saying, these events are perfectly natural – they certainly did not start in the 1970’s as many scientists, such as Prof Hughes, claim.

The rapid recovery is also indicative of an ecosystem in excellent shape. If it was on its last legs, it would struggle to recover.One of the reasons it recovers quickly is that the coral in deeper water, which is not measured by the AIMS long term surveys, or the aerial surveys conducted by Prof Hughes, is relatively unaffected by bleaching. This means that there is still a huge amount of coral spawn produced close by that repopulates the shallow waters where bleaching was worse. In addition, spawn can drift hundreds of kilometers from other areas.

Thanks to the AIMS long term monitoring team for producing this data. They survey a hundred or so reefs for coral cover each year. It is a huge job and they have been doing it for 35 years. I have some slight reservations about the early data (see my book for more detail) but it is a great data set with useful quality assurance protocols. I just wish I could persuade AIMS to do the same with their coral growth rate data (coral coring) – but that is another story.

The trouble with this data is that it shows a quiet recovery. It is good news. But good news does not sell, so I doubt you will hear much about it in the media.