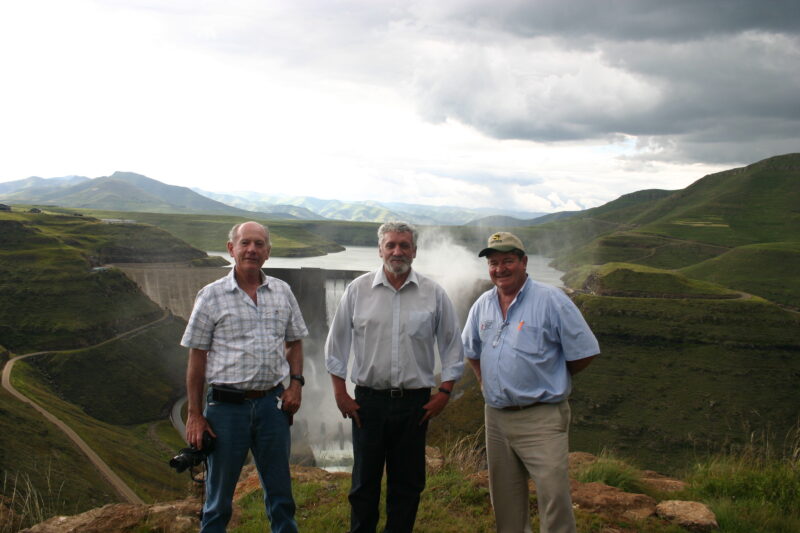 What is your background?
I am primarily a biologist, having a BSc in Zoology and Botany (1964), a BSc Hons in Zoology (1965) and a PhD in Tropical Pathology (1976). I have had three different careers in three very different fields. From 1966 to 1984 I worked as a Research Scientist at the South African Institute for Medical Research, starting as a Research Assistant and ending as Head of the Department of Medical Entomology. From 1985 to 2002 I was Director of the Endangered Wildlife Trust, a non-governmental organisation (NGO) concerned with biodiversity conservation. From 2002 until the present I have been Visiting Associate Professor at the Witwatersrand University in Johannesburg, where I teach an Energy and Environment module for the MSc in Environmental Science. From 2010 to 2017 I was Associate Professor of Energy Studies at the University of Johannesburg. I have consulted on Energy and Environmental issues to Eskom, the National Electricity Utility of South Africa, and for 21 years was involved in various roles as an advisor to the World Bank on the Lesotho Highlands Water Project.

Since when and why are you interested in climate change?
In the days before the terms global warming and climate change were invented, it was very clear to me, growing up on a farm, and then working with insects and wildlife, that there were obvious cycles of drought years, followed by years of abundant rain. This was clearly the driver of good and bad years on the farm, and of regular outbreaks of insect-borne diseases, particularly malaria, where epidemics occurred in years of above-average rainfall. In my years with the Endangered Wildlife Trust, the influence of regular cycles of drought and good rainfall were particularly evident in the health and abundance of wildlife in Namibia, where we did extensive work on community conservation projects. A parched landscape with hardly a blade of grass visible, with skeletons of starved antelopes and cattle littering the landscape, would be transformed by rain into a sea of grass grazed by thousands of springboks. The change was truly miraculous, and evidence to me of natural cycles driven by powerful forces, the most obvious being solar energy from the sun.

How did your views on climate change evolve?
I have lived all my life in South Africa; our very controversial history and the tumultuous political changes that culminated in our first democratic elections in April 1994, which saw Nelson Mandela installed as the President of our nation, were very real events that deeply affected all the citizens of this land. The new political rulers of South Africa were eager to join the rest of the world and redress the pariah-state reputation that the years of the apartheid regime had brought upon our country. South Africa became known as the Rainbow Nation, and the government signed up to all kinds of International Agreements and Conventions from which South Africa had previously been excluded.

Also factored into the evolving South African scenario, was the transformation of former political activists from the Anti-Apartheid and other movements (who had now won their long fight) into environmental activists. Thus, a huge amount of energy and commitment was available for the newly-conceived war on climate change. All this coincided with the signing of the UNFCCC, the Kyoto Protocol, and numerous other international agreements to bolster the international standing and reputation of the new ANC-led government in South Africa.

The government, encouraged, supported and manipulated by activists, academics and the media, bought wholly into the IPCC-driven mantra of Anthropogenic Global Warming, later adding Catastrophic to the CAGW. In March 2006 the Cabinet commissioned the process called the ‘Long Term Mitigation Scenarios’ (LTMS), to provide a sound scientific analysis from which the Cabinet could draw up a long-term climate policy. The multidisciplinary team that worked on the scenario-building process produced a report that was presented by the then Minister of Environmental Affairs and Tourism in October 2007. The report was based largely on the IPCC third and fourth assessment reports, and portrayed an alarmist future for South Africa. The government took this LTMS on board and began developing policies to fit in with the notion that Carbon Dioxide from burning fossil fuels is  an existential threat to the planet.

I observed all this with a measure of scepticism and disbelief, based on my earlier observations that the climate of Planet Earth is naturally cyclic, and that humans are not capable of playing a meaningful role in influencing these major cycles. I started reading widely, and found that I was not alone in my doubts about the objectivity or veracity of the climate change dogma that was being perpetuated, enhanced and broadcast by politicians, media, and more especially by academia, of which I was notionally a part. My reading led me to the Internet, where I discovered Wattsupwiththat, Notalotofpeopleknowthat, and the writings of Prof Richard Lindzen, Dr Roy Spencer, Willie Soon, Willis Eschenbach, Prof Jim Steele, and many others.

Is climate change a big issue in your country and how do you notice this?
Climate change issues in South Africa largely dominate the public discourse if you follow government, media, academia and energy debates. For the majority of South Africans though, poverty, unemployment and hunger are far more important. But they largely don’t have a voice, and so far-reaching decisions are being made which will make unemployment worse through misguided energy policies based on climate alarmism. This country is heading for an energy disaster as the government is being coerced by climate activists, media, academia, foreign governments and powerful financial vested interests, to promote renewable energy and shut down its historically important fossil fuel industry.

A powerful anti-nuclear lobby also shouts down any government proposals for expanding nuclear power in South Africa (we have Africa’s only nuclear power station at Koeberg, 1,800 MW running pretty flawlessly since 1984). In particular, the wind industry is being promoted by Germany and Denmark, while financial institutions and developers see this as a massive and profitable opportunity to make a lot of money. South Africa’s landscapes, birds and bats are threatened by the wind energy industry, and nobody seems to regard this as a threat. This country is heading on the same disastrous trajectory as South Australia. Now there is abundant talk about the Green Hydrogen economy for Africa, an insane concept that has arisen from Germany’s disastrous Energiewende policy, whereby overcapacity of wind energy build has resulted in massive surpluses of electricity at certain times than nobody wants. So, they dream up the concept of Green Hydrogen, which they are now actively and financially promoting in Africa, so they can sell wind turbines on this continent when theirs is saturated with massive overcapacity.

How would climate policy ideally look like in your view?
We have had 32 years (since 1988) of climate alarmism, largely propagated by Europe and North America. China, India and Russia and most Asian nations have not bought into the new cult, although they may pay lip service to it through cynical diplomacy. African countries have mostly bought into the climate alarmist debate because they think they will get guilt money from the rich nations. President Trump has somewhat dampened this expectancy.

None of the evidence available has shown how Carbon Dioxide can possibly affect the climate to any great extent. Dr Patrick Moore and others have argued that enhanced Carbon Dioxide from burning fossil fuels are good for the planet in numerous ways. South Africa is apparently going to harvest its second-largest ever maize (corn) crop this year. Everything points to Carbon Dioxide, and the use of fossil fuels as agents for catastrophic clime change to be incorrect, a fallacy, a myth, a red herring.

As the Climate Minister of South Africa, I would host an International Conference/Debate, to be recorded and broadcast internationally, between ten delegates, five each from the climate catastrophe and climate realism camps. Based on the outcome of the debate and the facts presented, I would convene a meeting of the Cabinet to reconsider and re-asses South Africa’s climate change policies. This has never been done and is vitally important before this country commits itself to a disastrous energy policy in the name of fighting clime change. Humans cannot change the climate, and to believe this is possible is totally illogical and misguided.

What is your motivation to sign the CLINTEL World Climate Declaration?
I was appalled by the utterances of Greta Thunberg, the debacle at the United Nations last year, and then by the mindless Extinction Rebellion movement that grew out of the orchestrated media attention that added fuel to the fire. The World Climate Declaration sought to bring some sanity to the party by clearly stating that there is no climate crisis. I agree, and that is why I signed.

What question did we forget?
Are you optimistic about governments making sound and objective decisions about climate in the future?

Regrettably I am not. The climate industrial industry has been allowed to gather so much momentum that it seems virtually unstoppable. So, a new industry and economy based on the concept of saving the planet from catastrophic climate change will simply and crudely displace the fossil fuel industry and economy, with huge profits for some and disastrous outcomes for others. Instead of using steel, copper and other mined resources to build coal-fired power stations, we are going to use steel, copper, carbon fibre, plastics and rare-earth magnets to build wind turbines that only generate electricity for 30% of the time that a coal-fired or nuclear power station would.

Unless African governments wake up to the fact that they are once again being colonised by the energy Mafia of Europe, this continent will be transformed from a scenic, diverse, forest, savannah and wildlife-rich place into a rural industrial wasteland where wind turbines dominate every skyline.