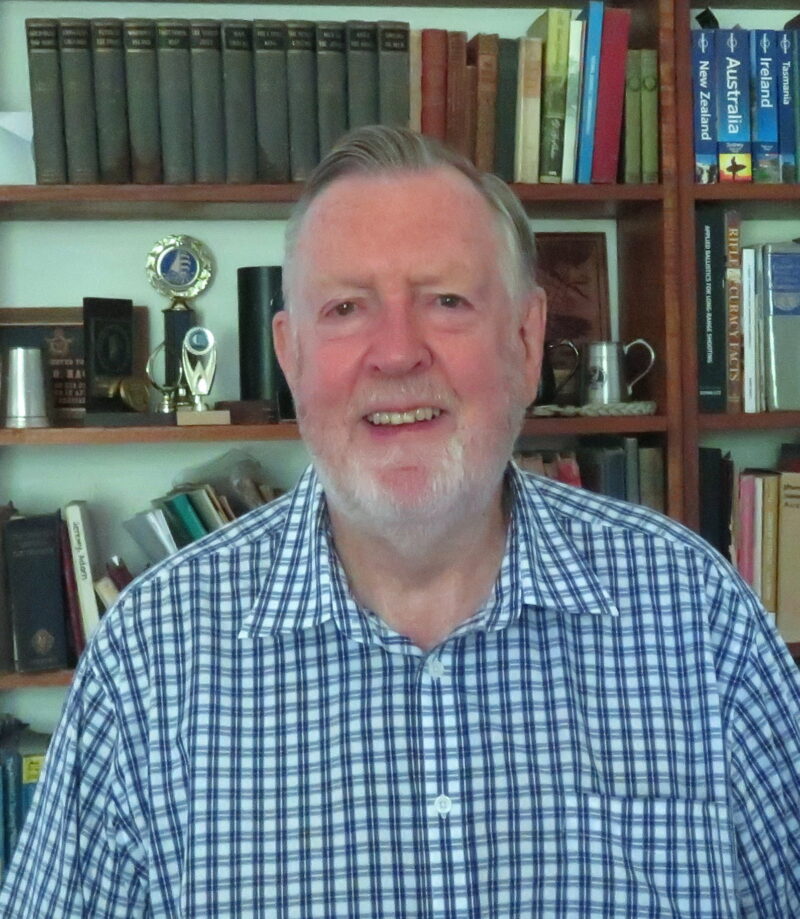 What is your background?
I am a scientist with a B.Sc (Melb) as well as being an engineer CEng(UK) with 21 years as an engineering officer in the RAAF. Engineering Officer, 5 years as small business owner and operator (boat building, repair, ships chandlery), short time property developer, investment manager.

Since when and why are you interested in climate change?
Since 2006. The topic was, and remains, controversial. I read several IPCC reports and was not convinced, mainly because only recent climate history was reviewed, typically no more than 200 years ago. Since 2006, I have read and studied the subject widely.

How did your views on climate change evolve?
There was no Eureka moment. The more I studied the subject the more evidence I found that seemed to dispute the anthropogenic mantra. Primarily, the evidence over geological timescales, like the past 600 million years, indicated that the change in climate today is well within past ranges, without anthropogenic input. Importantly, having some experience in developing mathematical models for various systems, I was and remain sceptical about the IPCC climate models. No model should be used to forecast unless the model works accurately when back-tested and then only when the input variables remain within the limits of the model parameters and there is confidence that no other variable might appear, or an included variable might disappear, to disturb the model. My paper, ‘Global Warming Misunderstood by Lindsay Hackett’ contains evidence that must be explained before accepting the anthropogenic mantra.

Is climate change a big issue in your country and how do you notice this?
Yes. The anthropogenic climate change mantra is dominant. People who differ are rarely allowed to be heard. Politicians tend to be swayed by what they see as popular opinion because votes count. There are few politicians with the backbone and integrity needed to argue the case. Banks are tending to refuse funding for any project involving coal. Almost every other business of economic consequence is kowtowing to popular opinion because activist organizations, like Get-Up, picket them and apply pressures that businesses are unable to counter. Electricity prices in Australia are very high, higher than in many other countries, because of the move to renewable energy sources. Industry is being made uneconomic because of this. A major aluminium smelter is likely to close as a consequence. And, Australia produces only about 1.3 percent of the World’s CO2 emissions.

How would climate policy ideally look like in your view?
Climate policy should be developed after an impartial investigation into the full, known, science of climate change. A true scientific study would take a sceptical view of all claims and analyse all available evidence. The results of that study would be presented to the population in a way they could understand. Naysayers would not be sidelined. Their concerns would be understood and discussions held to explain the science. The final policy would be based on results of the study, including if the results were inconclusive.

What is your motivation to sign the CLINTEL World Climate Declaration?
To get the whole body of evidence about climate change reassessed impartially, so that mankind is not mislead and driven to actions based on likely vested interests.

What question did we forget?
Is population growth relevant to climate change? The elephant in the room that nobody wishes to see is overpopulation. Countries and the World cannot continue to grow the population without increasing all problems, pollution, food insecurity, water scarcity, depletion of non-renewable mineral resources, and climate change if indeed man is responsible for climate change.