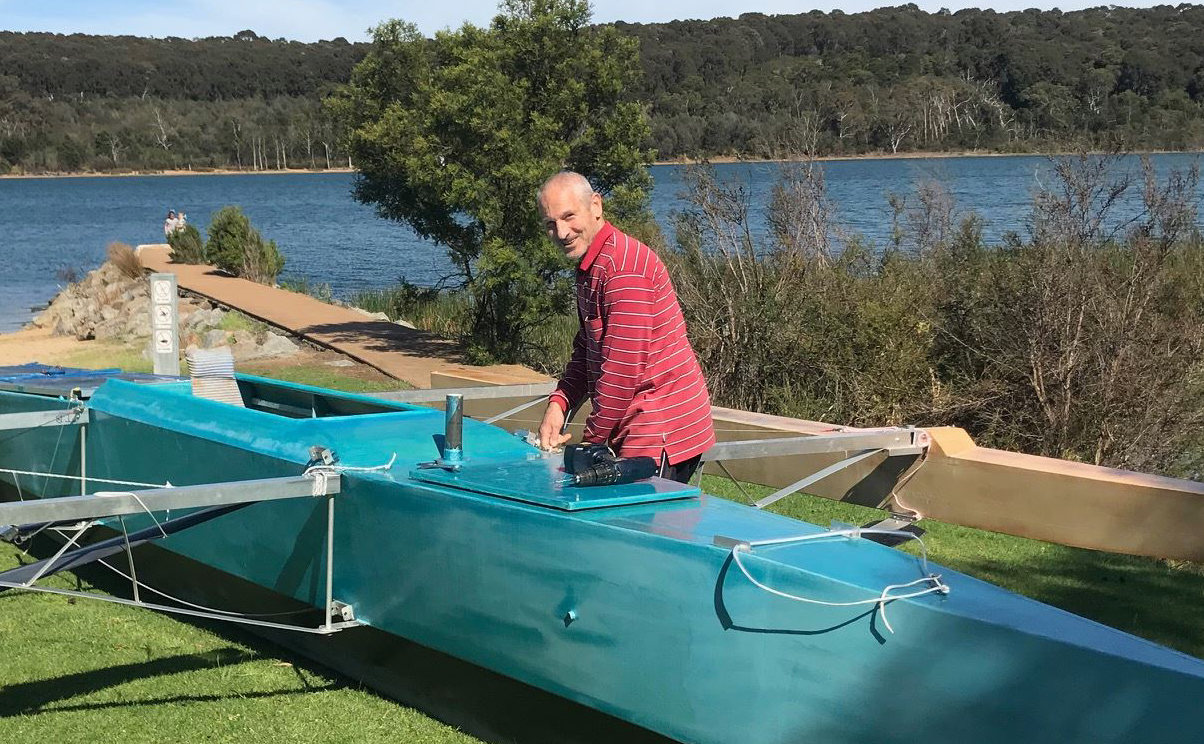 What is your background?
I graduated with a degree in Electrical Engineering from the University of Queensland and was employed by Conzinc Riotinto Australia (CRA); initially in the underground mine at Broken Hill. I subsequently transferred to Dampier iron ore operations where I worked on plant maintenance systems and machine automation. I then transferred to the zinc smelter in Newcastle as the site electrical engineer before moving on to the new coal terminal at Dalrymple Bay; being the third person on the payroll of that business, monitoring the terminal construction and developing the maintenance systems and plant automation.

After gaining extensive field experience in mining and port operations, I moved to the Sydney head office of CRA subsidiary AM&S Mining that was later separated from CRA and publicly listed as Pasminco. During this period I was involved in mining technology research, developing automated mining systems and new processing technology. I was instrumental in technology transfer of ultra-fine grinding mills used in the paper industry to processing zinc minerals exploited at Century Mine. I was the owner’s representative in the design office for the design of the AUD1.5bn Century Mine processing plant, 303km slurry transport pipeline and Karumba port operation.

I remained at Pasminco, often on site at Century Mine, until the mine achieved performance targets, and then joined international insurance giant AIG as an engineering risk consultant, travelling globally assessing large scale operations and construction sites for the insurer.

Since when and why are you interested in climate change?
Weather and climate are key factors in the engineering design of large mines, processing plants and industrial complexes. The ability of the built world to withstand cyclonic winds, storm surge, flooding rain, temperature extremes, earthquake, ground subsidence etc. are all factors that need to be considered and allowed for in the site and plant design. Assessing the risk and defining survivability parameters are key inputs to the design that reflect in the project cost and its operational performance to deliver economic benefit. The design envelope is highly dependent on weather and climate. Experiencing cyclones in Dampier and preparing the equipment to withstand the onslaught was the first experience connecting plant design and climate.

How did your views on climate change evolve?
Knowing how important weather is to the design envelope of large scale sites, plant and equipment, the prospect of climate change takes on new meaning in the insurance industry. It becomes very expensive to cater for changing risk once the plant is built.

To gain an understanding of how climate was changing in Australia, when I joined AIG, I looked into the temperature trend at Broken Hill. I considered Broken Hill to be the birth place of industrialisation in Australia. It has spawned two of the largest mining companies in the world and has solid engineering credentials dating back to the 19th century. It was also a remote location with little industrial change for more than a century. That temperature record revealed to me that Broken Hill was warmer in the 1890s than the early 2000s. That observation began my journey of discovery into the fabricated nonsense that CO2 induces climate change.

Is climate change a big issue in your country and how do you notice this?
Australia is now full throttle on fixing the weather with “renewables”. Australia is following Germany and the UK over the abyss.

How would climate policy ideally look like in your view?
Australia is being poorly served by three, primarily government funded, institutions:

BoM is fabricating data – they call it “homogenisation”; CSIRO have separated the business from reality – models are viewed as evidence and measurements are there to be adjusted to suit models. ABC has become a CO2 demonising propaganda machine. All these organisations should be defunded and those parts that can survive without subsidy should be left to find their niche.

What is your motivation to sign the Clintel World Climate Declaration?
Humans are inevitably becoming more reliant on conserving natural resources and smart utilisation of resources. China is consuming more than 4,000,000,000 tonnes of coal each year; a good proportion to manufacture wind turbines and solar panels that cannot recover the energy that they consumed in manufacture during their operating life. It is a massive waste of natural resources.

The current crop of battery electric vehicles on offer in the developed world are an insult to the engineering profession. They are literally behemoths. Gross indulgences that depend on massive subsidies for their production.

What question did we forget?
I have a reasonable knowledge of field theory and an admiration for mathematicians and physicists who command field theory and derive observed behaviours from first principals rather than empirical fits. When I first saw James Hansen’s famous radiation diagram showing “back-radiation”, the alarm bells rang. Here was someone, who obviously had no idea of electro-magnetic radiation, producing silly diagrams that had gained wide credibility. I was buoyed to find that NASA/GISS had employed Russian physicist Michael Mishchenko to apply his knowledge of the electro-magnetic field to climate science. Michael passed away in 2020 but has produced copious papers on electro-magnetics as applied to understanding climate and has often pointed out that EMR is mono-directional. Sadly his work is not yet reflected in the IPCC reports because they are political documents – Hansen’s silly diagram persists.