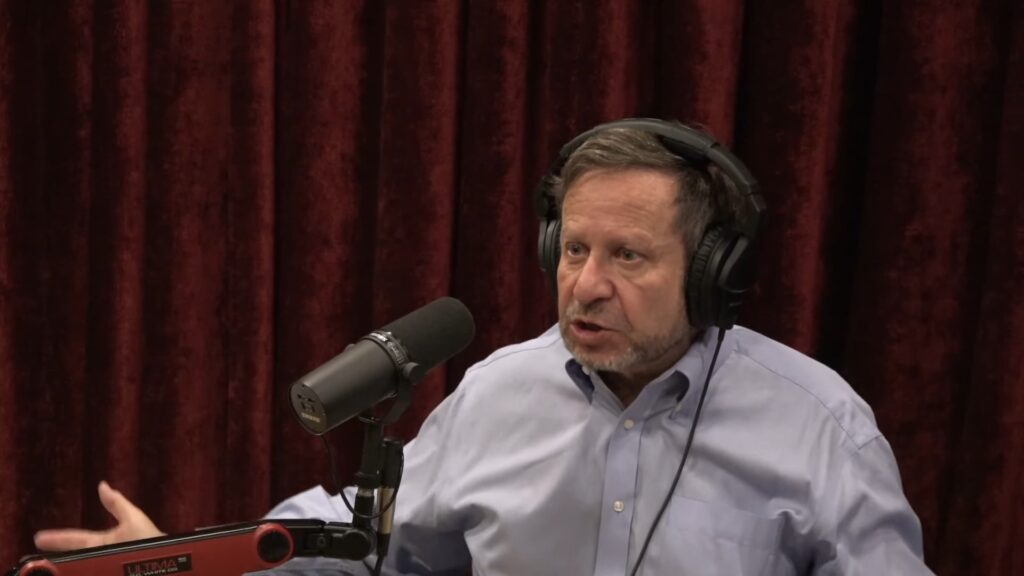 Steven Koonin is what most people would call an enfant prodige: he graduated from high school at the age of 16, and at the age of 24, as an Assistant Professor in theoretical physics, he became one of the youngest-ever faculty members at Caltech; he became Provost there twenty years later. His speed in getting a PhD in theoretical physics at MIT in only 3 years is so impressive that one would think he must have lived in a dilated-time relativistic world. Member of the US National Academy of Sciences, Koonin has served the Obama administration as Undersecretary of Science in the US Department of Energy, at the time when the Secretary was the Physics Nobel Prize winner Steven Chu. Currently he is a professor at New York University: “I’m back to doing honest professional work,” he tells me; and I hear, in his words, a feeling of relief.

Q. Professor Koonin, what was your major responsibility in the position you held in the US DoE?

A. I was something like the Department’s Chief Scientist. I’d had significant experience in all three of the Department’s major areas (basic research, energy research, and nuclear security), so I was able to ask the tough questions of the program people and sometimes even of the Secretary. More specifically, I led an effort to define what energy technologies the government should be investing in, and why.

Q. One of the most popular sayings when referring to anthropogenic global warming is that «the science is settled». If I’m not mistaken, this was said again and again by Mr. Al Gore. As a scientist myself, I find such an assertion somewhat peculiar, especially on a complex system such as the climate system. What are your feelings about that kind of assertion, in general?

A. While we learn science in school as a collection of fact (or certainties), scientific research is really a process for quantifying and reducing uncertainties. Some things we understand very well (such as how an apple will fall from the tree), but of other things we only have a very fuzzy picture (such as the turbulent motion of water). With respect to the climate, we understand well the gross features of the climate system but are still striving to understand how the weather will respond to very small human influences. In that sense, the parts of climate science that matter for policy are still quite unsettled.

Q. Turning to the climate issue, you have indeed published a book whose title says it all: «Unsettled». At the beginning of your book you write the following dedication words: «For my many mentors who taught me the importance of scientific integrity». Could you expand on that thought?

A. Richard Feynman was a professor at Caltech when I entered as a student, and he exemplified the idea of research integrity – that you are brutally honest with yourself (and others) about your theories, your experimental results, and so on. I learned a lot from his example.

Somewhat later in my career I learned about a different kind of integrity when you provide scientific advice to non-technical decision makers, whether in business or in policymaking.  Your job as a scientist in that role is not to make the decision, which often has important non-scientific considerations.  Rather, it is to lay out the options accurately and transparently, without bias.  I’ve had the honor of working with some older scientists who were masters at that, including Hans Bethe, Dick Garwin and Sid Drell.  Unfortunately, that ethos isn’t universally present in the climate science community.

A. Human-caused greenhouse gases (like elevated CO2 levels) form only one factor that influences the global climate. Others include how much sunlight is reflected by the earth and the natural to-and-fro of the ocean currents. You can see that, for example, in the global surface temperature. The earth cooled from 1940 to 1970 even as CO2 concentrations rose.

Q. We know that the planet today is warmer than 400 years ago: no doubt there is global warming. We also know that CO2 is a GHG: no doubt humans are indeed contributing somewhat to this +1 degree Celsius since the beginning of the Industrial Revolution, whatever “somewhat” means. Have you come up with an answer to what that “somewhat” means? Also, what has caused the warming between 400 and 200 years ago?

A. There is no satisfactory explanation of what caused the Little Ice Age or the subsequent warming. That’s sobering, because human influences were essentially negligible then, yet the climate varied a lot. Understanding such natural variability is the key to being more precise about “somewhat”.

Q. A major fear by AGW activists is that a warmer climate might induce undesirable weather. Two questions in one: 1) Why assume, by default, that the weather must become necessarily worse? It might get better, right? And 2) Have we been experiencing worse weather lately in comparison to, say, 100 years ago?

A. Beyond an overall warming, there’s little reason to believe that the weather would get worse (or better) as human influences grow. In fact, over the 70 or so years that human influences on the climate have been significant, we’ve seen both positive and negative changes variously over different areas of the globe. For example, it’s very hard to find any trend in mid-latitude storms or tropical cyclones, while there is some evidence for more intense periods of rainfall over land. But statements like these are hampered by relatively short records with poor coverage.

Q. You are a top-expert in mathematical modeling. Are the present climate models reliable? If they are, why have not they “predicted” the Roman Warm Period?

A. Human influences on the climate are physically small, about 0.5% of the energy flows in the system. But the climate is sensitive, so it’s not implausible that they could raise the temperature by a few degrees. However, there are several other factors that confound trying to isolate the effects of human influences. One is that the climate varies on multidecadal to centennial timescales due to slow changes in the ocean currents. Another is that human-caused aerosols partially negate the warming impact of greenhouse gases, but the exact amount is poorly known. And a third is that there are several ill-quantified feedbacks (water vapor, ice albedo, …).

The models do their best to sort all this out.  But they are coarse descriptions, in part because their grids are about 100 km X 100 km. So they can give a rough, qualitative picture of how human influences affect the global climate, but are entirely unsuited to project local climates.

Q. Policymakers think it necessary to cut carbon emissions. Here in the EU they aim at reducing them by 100% by 2050. Is such a policy 1) advisable and 2) feasible?

A. As to advisability, the EU accounts for only about 10% of global emissions. Even if the EU went to zero tomorrow, that decrease would be negated by about a decade’s growth in the developing world emissions. I suppose that one might think optimistically that the rest of the world would follow suit. But fossil fuels are the most convenient and reliable way for them to satisfy their surging need for energy. As to feasibility, the present energy crisis has reminded everyone that cost and reliability come before “clean”. Wind and solar alone fail on those criteria. I think a growth in nuclear power will be essential if the EU wants to get to zero, and even then, it won’t be before the end of the century assuming the economy doesn’t crash entirely.

Q. The contribution of fossil fuels to world energy was 85% 20 years ago and, trillions of dollars later spent on wind and sun power, that contribution is still 85%. How do you explain that?

A. There are several reasons why wind and solar generation haven’t taken off. One is that energy systems naturally take decades to change. They require large investments in facilities that last decades. These systems must also be highly reliable, so one is reluctant to change them rapidly. But perhaps most importantly, while wind and solar power are currently the least expensive way of generating electricity, they are not reliable. In particular, as we see occasionally in Europe, there are rare periods of up to two weeks where wind and solar are not producing at all. So you need a backup system (nuclear or gas or storage) that’s as capable as the wind and solar system, and will be at least as expensive. In short, wind and solar can be add-ons, but they’ll never replace a reliable system.

Q. In your book you propose a Red Team for fixing the science. I’m sure you are aware of the IPCC. Are you aware of the NIPCC (the “N” means “Nongovernmental”), a team of scientists who, considering the same literature available to those who are IPCC’s members, have reached the conclusion that “Nature, not Humans, Rules the Climate”?

A. Alternative assessments like the NIPCC are a good start, but miss two things that would make them much more impactful. One is some sort of official sanction by a government or professional organization. You would think that given how important climate science is alleged to be (after all, trillion-dollar decisions are being made), second or even third opinions would be welcome. But more importantly, the NIPCC and other alternative views have not had serious engagement from consensus scientists. I think that’s partly because the Red Team would expose some of the misrepresentations that have gone on.