Open letter to Merkel: freedom of speech in Germany 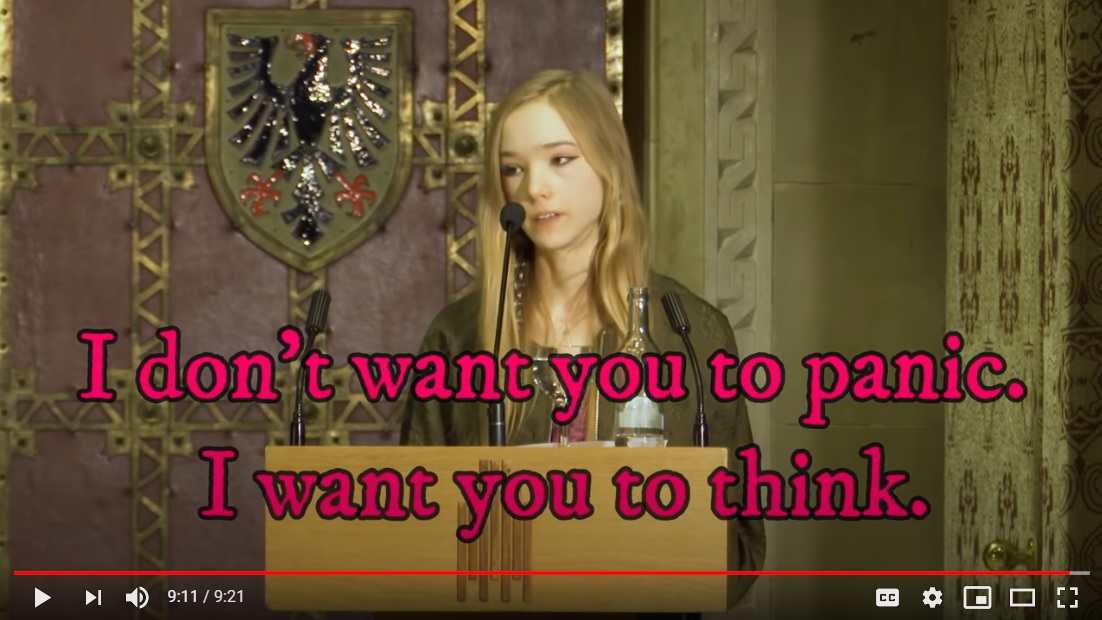 Freedom of speech in Germany

The Climate Intelligence Group (CLINTEL) is an international group of almost 900 climate scientists, researchers and professionals. Some of us have published peer-reviewed research in the field, and have been attacked for it. CLINTEL considers there is no climate emergency. The rate at which global warming has occurred over the past three decades is half of the 0.34 degrees/decade medium-term warming originally predicted by IPCC (1990, p. xxiv) on the basis of unreliable computer models.

With the Group’s ambassadors in many countries, as President of CLINTEL I am writing to draw your attention to a growing international scandal: the fraudulent attempt by the Landesanstalt für Medien in Nordrhein-Westfalen to silence Frau Naomi Seibt, a 19-year-old YouTube influencer with 88,000 followers whose research has led her to realize that global warming is not a global emergency. LFM has issued a quasi-judicial administrative decision requiring Frau Seibt to remove two of her videos from YouTube on the stated grounds a) that her videos are not (in its words) “climate-friendly”; b) that her videos contain policy prescriptions; and c) that her mentioning the non-“climate-friendly” Heartland Institute in her videos constitutes unlawful product placement contrary to a recent State law taken with a corresponding interstate treaty. If Frau Seibt refuses to be thus silenced, LFM menaces her that she must either pay 2400 euros in fines and costs or go to prison for up to 28 days.

The facts: Only one of Frau Seibt’s videos mentions the Heartland Institute, but it states honestly, immediately and twice that she is a member of the Institute. Unlawful product placement occurs only when such connections are not declared. Also, that video contains no policy prescriptions. On this ground too, it does not contravene the law as LFM has characterized it. The second video complained of by LFM does not mention the Heartland Institute at all and has nothing whatever to do with it.

CLINTEL’s British Ambassador, Lord Monckton, wrote thrice to LFM to invite it to correct these obvious errors under §42, Federal Administrative Act, and to ask LFM to clarify what Frau Seibt may and may not say in her videos, but His Excellency has received no reply. On behalf of Frau Seibt, a lawyer requested copies of correspondence between LFM and whoever drew its attention to her videos. LFM provided a copy of a single email with the identity of the sender thrice redacted, but it failed to state that it had altered the email. In civilized jurisdictions, such undeclared tampering constitutes contempt of court. The lawyer also requested more time to respond substantively to LFM’s original letter, for Frau Seibt was ill in hospital, but LFM failed to respond to that request, which it can be proven to have received, and failed to hear Frau Seibt’s side of the case before issuing its quasi-judicial act. LFM subsequently issued a press statement to the effect that it had given Frau Seibt the opportunity to present her side of the case, when on the facts it had not heard her substantive case.

The law: The European Human Rights Convention says Frau Seibt is entitled to freedom of expression, of association, of thought and of conscience, and also to freedom from discrimination, particularly on the part of public authorities. The actions of LFM, the State law and the interstate treaty under which LFM purports to act are all incompatible with the Convention. Furthermore, LFM flouts the Convention’s embodiment of the two principles of natural justice, a) nemo sit iudex in causa propria and b) audiatur et altera pars. For a) LFM has purported to act in a quasi-judicial capacity in a case that it had itself instigated, to which it is a party and in which, by its use in its administrative act of the term “climate-friendly” to characterize its opinion on the climate question, it proves itself to be neither independent nor impartial; and b) LFM did not hear Frau Seibt’s substantive case.

We should be grateful if your offices would inform us to which State and Federal police authorities we should direct a request that LFM and the two signatories of its administrative act should be investigated for demanding money with menaces (blackmail), fraud (intentional deception with intent to profit or cause loss), and wilful misfeasance in a public office (abuse of power). A witness statement by Lord Monckton, who has knowledge of this matter, is attached. Key aspects of the case for concern about global warming are themselves indicative of deception rather than of true science.

Appendix: WITNESS STATEMENT of THE VISCOUNT MONCKTON OF BRENCHLEY