By Paul Homewood
Sea Level Rise Fastest in 2000 Years (Or Not!) | NOT A LOT OF PEOPLE KNOW THAT (wordpress.com)

The rate of sea-level rise in the 20th century along much of the U.S. Atlantic coast was the fastest in 2,000 years, and southern New Jersey had the fastest rates, according to a Rutgers-led study.

The global rise in sea level from melting ice and warming oceans from 1900 to 2000 led to a rate that’s more than twice the average for the years 0 to 1800 – the most significant change, according to the study in the journal Nature Communications.

The study, for the first time, looked at the phenomena that contributed to sea-level change over 2,000 years at six sites along the coast (in Connecticut, New York City, New Jersey and North Carolina) using a sea-level budget. A budget enhances understanding of the processes driving sea-level change. The processes are global, regional (including geological, such as land subsidence) and local, such as groundwater withdrawal.

“Having a thorough understanding of sea-level change at sites over the long term is imperative for regional and local planning and responding to future sea-level rise,” said lead author Jennifer S. Walker, a postdoctoral associate in the Department of Earth and Planetary Sciences in the School of Arts and Sciences at Rutgers University–New Brunswick. “By learning  how different processes vary over time and contribute to sea-level change, we can more accurately estimate future contributions at specific sites.”

Sea-level rise stemming from climate change threatens to permanently inundate low-lying islands, cities and lands. It also heightens their vulnerability to flooding and damage from coastal and other storms.

Most sea-level budget studies are global and limited to the 20th and 21st centuries. Rutgers-led researchers estimated sea-level budgets for longer time frames over 2,000 years. The goal was to better understand how the processes driving sea level have changed and could shape future change, and this sea-level budget method could be applied to other sites around the world.

Using a statistical model, scientists developed sea-level budgets for six sites, dividing sea-level records into global, regional and local components. They found that regional land subsidence – sinking of the land since the Laurentide ice sheet retreated thousands of years ago – dominates each site’s budget over the last 2,000 years. Other regional factors, such as ocean dynamics, and site-specific local processes, such as groundwater withdrawal that helps cause land to sink, contribute much less to each budget and vary over time and by location. 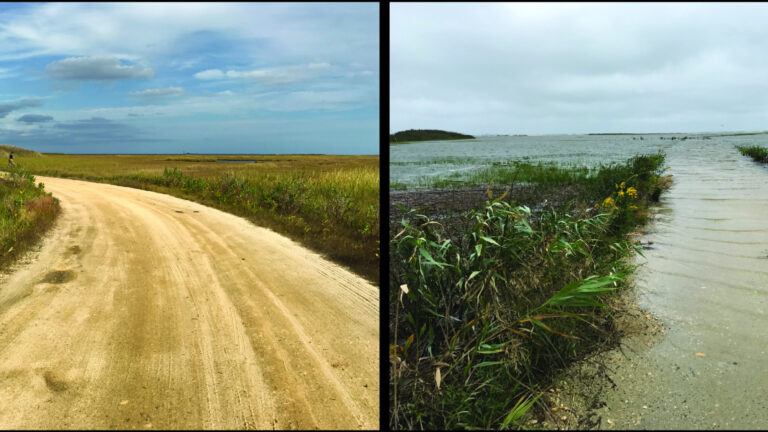 Sea-Level Rise Accelerating Along Much of the East Coast

A Rutgers-led study shows that the global increase from melting ice and warming oceans is accelerating rising sea levels along much of the Atlantic coast, with southern New Jersey having the fastest rates.

As the actual data shows, the rate of sea level rise in New Jersey has been pretty constant since 1910, which suggests that carbon dioxide emissions have little overall effect. What we are seeing is the result of natural global warming since the Little Ice Age ended:

The study claims that 20thC sea level rise is double that of the years 0 to 1800. But their modelling does not take account of changing century or decadal trends within the period. We know for a fact that glaciers advanced massively between the 17th and 19thC. There therefore had to have been a significant reduction in sea level rise at that time, maybe even a fall in sea levels as HH lamb believed.

Lamb also believed that glaciers were almost as great as the LIA in the previous cold epoch, around AD 450 to 850. There will therefore have been fluctuations in the long term trend, with sea levels rising faster at times, and slower at others.

What we do know is that many of the world’s glaciers are bigger now than they were in the Middle Ages and before.

As with all climate studies, the object is to prove climate change is “getting worse than ever”. Hence talk of accelerating sea level rise. The intention is to make people fearful of something which is too tiny to concern them. 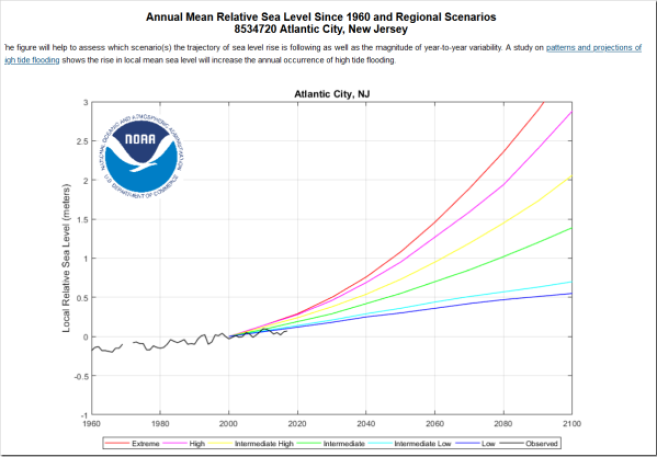