‘There is No Climate Emergency’ (1,107 Signatories and Counting)

By Robert Bradley Jr. – reposted from What’s up with that 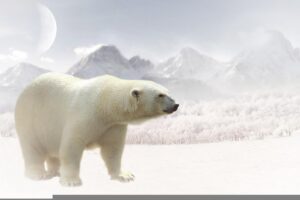 “… there is ample evidence that CO2 mitigation measures are as damaging as they are costly. Climate policy must respect scientific and economic realities. There is no climate emergency.”

There are a lot of very smart people in the world. And most do not work at colleges and universities and pressure groups. They are curious free agents, free to think and even be politically incorrect.

When the history of climate alarmism is written decades from now, there will be recognition about how a very able undercurrent of thought kept check on an intellectual/political/media elite declaring a dire emergency from the human influence on climate. Sites such as WUWT–“the world’s leading climate website”–will be acknowledged. So will the sober commentary of Judith Curry at Climate Etc.

And so more than a thousand intellectual, critical thinkers have signed a manifesto challenging the current orthodoxy that remains in political power. Chris Morrison reported in The Daily Skeptic last week:

The political fiction that humans cause most or all climate change and the claim that the science behind this notion is ‘settled’, has been dealt a savage blow by the publication of a ‘World Climate Declaration (WCD)’ signed by over 1,100 scientists and professionals. There is no climate emergency, say the authors, who are drawn from across the world and led by the Norwegian physics Nobel Prize laureate Professor Ivar Giaever. Climate science is said to have degenerated into a discussion based on beliefs, not on sound self-critical science.

The scale of the opposition to modern day ‘settled’ climate science is remarkable, given how difficult it is in academia to raise grants for any climate research that departs from the political orthodoxy. (A full list of the signatories is available here.) Another lead author of the declaration, Professor Richard Lindzen, has called the current climate narrative “absurd”, but acknowledged that trillions of dollars and the relentless propaganda from grant-dependent academics and agenda-driven journalists currently says it is not absurd.

COP27 is several months ahead. The world is recommitting itself to fossil fuels, while only government largesse keeps the wind/solar/battery gravy train going. Global Climate Intelligence Group’s World Climate Declaration stands as a beacon light to a wholly different approach of free-market adaptation, not government mitigation.