We’ll turn of your electricity when we feel like it 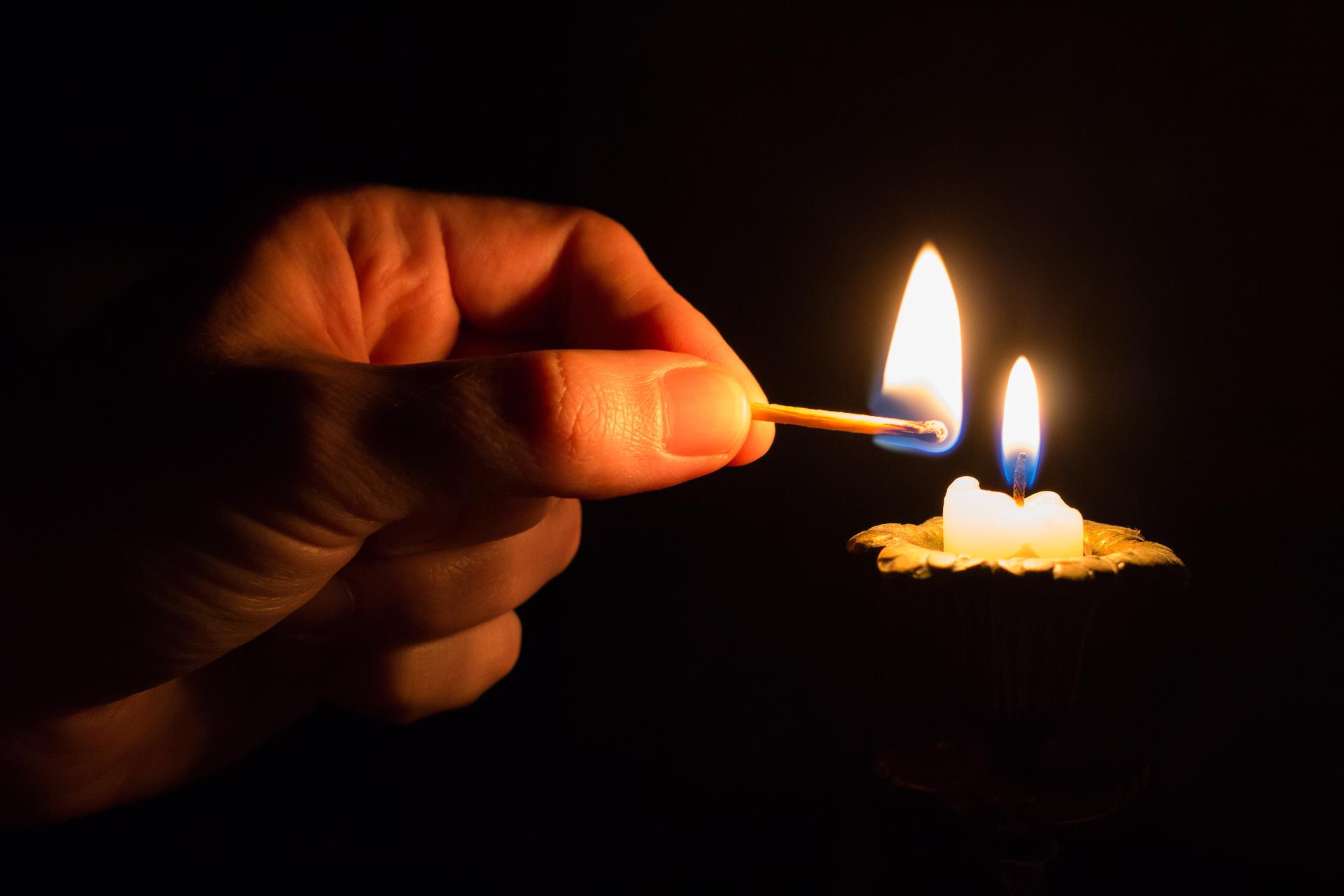 If my posting has been a little light for the last month or so, it’s because I’ve been working on a big Report for the Global Warming Policy Foundation on the subject of energy storage as a means to back up electricity generation from wind and solar facilities. The Report is basically finished, and now going through an editing process. It will probably be published some time in September.

In doing the research for the Report, I have had occasion to look carefully into the plans of many countries and U.S. states that claim to be the “leaders” in climate virtue, specifically on the subject of how they intend to reach the goal of Net Zero carbon emissions from generation of electricity. These climate “leaders” include, in Europe, Germany and the UK, and in the U.S., California and New York. One would think that for any jurisdiction pursuing Net Zero ambitions, and seeking to abolish use of fossil fuels, it would be completely imperative that some energy storage solution absolutely must be found to provide back-up for the electricity system when the wind and sun are not producing. But what my research has shown is that every one of these jurisdictions seeking to be the leader toward Net Zero has given astoundingly insufficient consideration to the energy storage problem.

I previously have covered some of the more incredible deficiencies in the Net Zero planning of these places, for example in “Can California Really Achieve 85% Carbon-Free Electricity By 2030?” on May 16, and “And The Winner Is, Germany!” on June 29.

The single most astounding universal failure of all jurisdictions pursuing Net Zero is the failure to pursue any sort of working prototype or demonstration project of a Net Zero electricity system before committing the entire jurisdiction to the project on the basis of a blank check to be paid by the taxpayers and ratepayers. Who has ever heard of such a thing? in the 1880s, when Thomas Edison wanted to start building central station power plants to supply electricity for his new devices like incandescent lightbulbs, he began by building a prototype facility in London under the Holborn Viaduct, and followed that with a larger demonstration plant on Pearl Street in Lower Manhattan that only supplied electricity to customers within a few square blocks. Only after those had been demonstrated as successful did a larger build-out begin. Similarly, the provision of nuclear power began with small government-funded prototypes in the late 1940s and early 1950s, followed by larger demonstration projects in the late 1950s and early 1960s. Only in the late 1960s, twenty years into the effort and after feasibility and cost had been demonstrated, were the first large-scale commercial nuclear reactors built. No competent person would take any other approach.

But somehow our politicians have now become so filled with hubris that they think they can just order up a functioning wind/solar electricity system and assume that backup energy storage devices will magically get invented and it will all work fine and not be financially ruinous, all by some arbitrarily-ordered date in the 2030s.

Today, all the mentioned jurisdictions and many more have embarked on ambitious Net Zero plans, and yet there does not exist anywhere in the world a functioning prototype or demonstration project that has actually achieved Net Zero in electricity generation, or anything even close. Indeed, it’s worse than that. There is a fairly substantial project that set out to achieve Net Zero (although they weren’t using the term at the time, which was 2014), and has fallen remarkably short. That project is on the island of El Hierro, one of the Canary Islands off the coast of Spain. El Hierro installed a collection of wind turbines and a pumped storage/hydro reservoir as back-up to great fanfare, but it struggles to achieve 50% of the electricity from the wind/storage system over the course of a year. The rest comes from a diesel generator. The system operator puts out monthly statistics (with substantial lag), typically with excited verbiage about “tons of carbon emissions saved,” without ever admitting that the system has totally failed in its original goal of getting rid of the fossil fuel piece. Instead they now have three redundant systems for providing the electricity — wind turbines, hydro reservoir and turbines, and the diesel generator — all of which must be paid for, and all to provide the same electricity that the diesel generator was fully capable of providing on its own. The cost has been calculated at about 80 euro cents per KWh, roughly 7 to 8 times average U.S. consumer rates; but the cost is largely hidden from El Hierro ratepayers by subsidies from the EU and government of Spain.

My research also covered in depth the question of how much energy storage would be needed for various jurisdictions to fully back up a predominantly wind/solar generation system without any use of fossil fuels. Credible calculations previously discussed here have included the calculation of Roger Andrews, done in 2018, that either California or Germany would require at least about 25,000 GWh of energy storage to back up a fully wind/solar generation system for a year without use of fossil fuels; and a calculation by Ken Gregory done on very similar methodology in late 2021 showing that the full U.S. (lower 48 states) would require about 250,000 GWh of storage for the same purpose. These are truly huge numbers.

Facing such requirements to reach Net Zero and banish fossil fuels from the electricity system, the plans of these jurisdictions for acquisition of storage are quite shocking. The consultancy Wood Mackenzie reported on April 11, 2022 that Germany had announced plans to acquire all of 8.91 GWh of energy storage by 2031 — a ridiculously puny amount if Germany is actually serious about Net Zero. Utility Dive reported on April 12, 2022 that New York had plans to acquire all of 6 GW of storage (likely corresponding to about 24 GWh, since the batteries are to be of the lithium-ion type that generally have capacity for four hours of discharge at full capacity). This figure is only slightly less puny than Germany’s. Another piece from Utility Dive on April 6, 2022 reported that California’s regulators had ordered utilities to acquire what would be the equivalent of about 42 GWh of storage as part of the Net Zero plans of that jurisdiction. All of these storage acquisition plans are in the range of about 0.1% to 0.2% of the storage that would actually be needed to achieve the Net Zero goal.

So what will the future of energy usage actually look like in these places as fossil fuels get phased out and wind and solar take over, with woefully insufficient energy storage to cover the intermittencies? To get an idea, let’s take another look at the Report for California put out by consultancy Energy Innovations on May 9, with the title “Achieving an Equitable and Reliable 85 Percent Clean Electricity System by 2030 in California.” Note that this in not actually Net Zero, but only 85% of same. Here are a few tidbits. First, their graphic on the nature of the transition:

We’re going to have a “paradigm shift” in “RA,” which seems to mean “Resource Adequacy.” Check out that list on the right under “clean reliability resources” — “Energy availability depends on weather.” Are you starting to get the picture now?

Read through the report until you get into pages in the mid-30s, where the subject becomes what they euphemistically call “demand response.” It’s a lot of bafflegab to make it seem oh so pleasant. Excerpt:

Demand-side measures can substitute for supply-side resources and therefore contribute to resource diversity; their increased availability hedges against the risk of deploying new clean supply-side resources too slowly (including generators and storage). For example, the technical report finds that deploying Load Shift could reduce load by 1,500 MW in the early evening hours solar output falls, hedging against battery deployment challenges such as supply chain. . . . Demand-side measures also provide complementary reliability, resiliency, and public safety benefits to supply-side solutions or imports, as they lie closest to the affected load. While centralized generators provide the bulk of our power under most system conditions, they can be rendered less effective or useless under certain disaster conditions.

This is bureaucratese meaning “we’ll turn off your electricity at random times when we feel like it.” Get ready for this, California, Germany, et al. I guess New York is on the same path too, but I have my secret escape plans ready.