No minimally informed person denies that climate changes. The climate has always changed. Since 1860 the predominant climate change has been warming, which is fortunate because if we had a winter like those of 1800-1850, we would be in for a shock. No one has been able to prove that global warming is primarily a consequence of our emissions. It is reasonable to assume that increased CO2 has contributed to warming since the mid-20th century when our CO2 emissions increased significantly, but no one knows how much they have contributed, no matter how much the Intergovernmental Panel on Climate Change (IPCC) insists that “humans are the dominant cause of observed global warming over recent decades.” (IPCC AR6, page 515).

There is no evidence for this statement. I know this because I have read thousands of scientific papers looking for it. And no, computer models are not evidence of anything but the programming skills of their authors. Models and their predictions are constantly changing and when our knowledge of climate changes, they must be redone.

The absolute lack of evidence contrasts sharply with the decision to cut our CO2 emissions to zero by completely changing our fossil fuel-based energy system and calling CO2 a pollutant—when it is as essential to life as oxygen. All this while most of the world doesn’t give a damn about emissions and many are only on board for the promised money.

To get to the good news about global warming we need to look at variations in the rate of global warming, i.e., the speed of warming. Today we are going to use satellite-calculated global temperature data from the University of Alabama in Huntsville, UAH 6.0. They are plotted in Figure 1. As we can see, the temperature trend decreases since 2016, so 2022 is the seventh warmest year. For 7 years the planet has been cooling. Does that mean that warming is over? No, periods of 7 years of cooling are frequent in the record, there being 8 of them since 1979, and the warming continues. But there is only one period of more than 15 years of cooling, from 1998 to 2014, that appears in the record for the last 45 years. It is known as the “Pause.”

To analyze the evolution of the warming rate, we subtract from each monthly data the previous one to calculate the monthly increase. We then deseasonalize the monthly increase by finding the 12-month moving average to remove a lot of the noise. Finally, we calculate the 15-year average warming rate in °C/decade by calculating the 180-month moving average and multiplying the resulting data by 120. Figure 2. Evolution of the warming rate for 15-year periods between 1979 and 2022 in °C/decade and its linear trend, from monthly UAH 6.0 satellite temperature data.

Each point on the curve in Figure 2 is the warming rate for the 15 years before that month. The Pause shows up prominently as the only period with a negative rate. For the current cooling period to appear on that graph with a negative rate would require the global temperature to remain below the 2016 level at the end of 2030.

But the good news that no one is telling us is that global warming is slowing down. The 15-year rate was very high from the mid-1980s to the late 1990s, reaching 0.35 °C/decade. The average over the entire period of satellite records is 1.3 °C per century or 0.13 °C/decade, but the long-term trend has fallen from 1.6 °C/century to 1 °C/century today. The current cooling period is contributing to this decline in the long-term warming rate.

This good news is not told to us, firstly, because it has been achieved without doing anything to reduce our global CO2 emissions, which calls into question the peremptory need to make a major effort to reduce them.

Second, we are not told this “good” news because the reduction in the rate of warming has taken place while rate of increase of atmospheric CO2 is accelerating, as shown in Figure 3. The data from NOAA has already been deseasonalized, so we skipped this step. We follow the same process for the same period (1979-2022) as for the graph in Figure 2. Figure 3. Evolution of the CO2 rate of increase for 15-year periods between 1979 and 2022 in ppm/decade and its linear trend, from deseasonalized monthly CO2 NOAA data.

The problem with the theory of anthropogenic warming is that while the rate of warming is slowing down, the rate of change of atmospheric CO2 is steadily increasing, and in the same period it has gone from growing 14 parts per million (ppm) per decade to 23.5 ppm/decade. In other words, its growth rate has almost doubled.

According to the greenhouse gas climate change theory, it is not possible for warming to slow down while CO2 is strongly accelerating. The consequence of the CO2 increase on the greenhouse effect is well known. Each additional molecule intercepts infrared radiation, raising the average height of emission from the atmosphere and requiring an increase in surface temperature for the planet to maintain its radiative balance, that is, to radiate an energy equivalent to that which it receives from solar radiation. The theory does not allow global warming to slow with accelerating CO2 emissions. The theory is wrong or incomplete. There are fundamental things about climate change that we do not understand, that are capable of offsetting, canceling, and even reversing the effect of the CO2 increase on temperature. I have already proposed an alternative, which is not considered by the IPCC, in the Winter Gatekeeper hypothesis, based on changes in poleward energy transport.

Thirdly, we are not bombarded daily with the good news that global warming is slowing down because the models predict just the opposite, which indicates that despite costing a fortune these models are useless. The 5th Coupled Model Intercomparison Project (CMIP5) was already projecting greater warming for the period 2006-2022 than has been observed. To the dismay of climatologists (Voosen 2022), the changes introduced in the CMIP6 models cause much more warming to be projected, so they have decided that, instead of averaging all models as was done in CMIP5, only the coolest ones should be averaged. Even so, the deviation between models and reality becomes more unbearable with each passing year (Figure 4). 2022 has been full of more good climate news that we haven’t heard about.

In September, sea ice reached a minimum extent of 4.87 million square kilometers in the Arctic. This is higher than the extent in 2007, which means the Arctic summer sea ice trend is zero for the past 16 years (Figure 5). We were told ad nauseam that the Arctic was melting, and Greenpeace used it to raise money from the unwary. Well-intentioned money which it used, among other things, to maintain the high lifestyle of its executives. The Arctic melted significantly between 1990 and 2007, but it has not done so for the past 16 years, and I don’t think it is because of the money given to Greenpeace. Figure 5. Average Arctic sea-ice extent in the month of September between 2007 and 2022 with a linear trend. NSIDC data.

With data available till September, sea level has risen only 2 millimeters in the first 9 months of the year. The decreasing sea level rise trend over the last 10 years continues (Figure 6). This indicates that sea level rise is probably linked to temperature rise, which is logical. Therefore, sea level rise models are at least as wrong as the temperature models, and those sea level rise figures of one meter or more that the media are trying to scare us with are ridiculous. It must be said that satellites measure a rate of sea level rise that is about twice that recorded by coastal tide gauges. Either the sea is rising more in the center than on the coasts, or there is a problem in measuring sea level rise to the center of the Earth that does not take into account what is happening at the bottom of the oceans.

In any case, the ridiculous sea level rise is only a problem in areas where there is subsidence by human action, due to groundwater extraction or excessive coastal construction. As an example of the non-existence of a serious problem here are two photos separated by 45 years of the same building located just 10 meters from the shore of the Mediterranean Sea, where I spend my vacations (figure 7). Coastal erosion has affected the profile somewhat, but the sea level does not appear to have risen detectably. The local Alicante II tide gauge shows a sea level rise of about 10 cm in 60 years or one-and-a-half millimeters per year.

Figure 7. Sea level rise, although measurable, is negligible over the course of a human lifetime. The tidal effect is much larger.

Despite all the continuous claims that climate change is making extreme events more intense and frequent, there is no data to support this, which is why the data are never presented. The IPCC reports do not conclude that extreme events are getting worse, except heat waves, which are definition dependent.

2022 has been a very quiet year in terms of hurricanes, continuing the downward trend since the mid-1990s in both frequency and energy (Figure 8). I have already mentioned on occasions that in a warmer world, the temperature gradient between the equator and the poles is smaller, reducing the amount of energy to be transported and the intensity of atmospheric circulation, so we should not expect warming to increase the frequency of extreme events, just as we should not expect the global precipitation level to decrease.

2022 has been a good year in terms of climate, and it also reaffirms the positive trends toward a reduction in the intensity of climate change in many of the main indicators: temperature, Arctic sea-ice extent, sea level, and extreme phenomena. Let us not be fooled by those supported by our taxes. We have nothing to fear from climate change now or in the foreseeable future. Richard Feynman, one of the best physicists of the 20th century, said in 1966 that “science is the belief in the ignorance of the experts”, and Stuart Firestein teaches us that ignorance is the fuel that makes science advance. Those who believe they know what is wrong with the climate, who refuse to accept their ignorance, are not advancing science, but hindering its progress by slowing it down. They do not deserve to be called scientists because they do not serve the cause of science, which is to increase knowledge. They are only trying to line their pockets by defending an orthodoxy of clear political interest. It is clear why the climate panel is called “intergovernmental.”

Lightly edited by Andy May 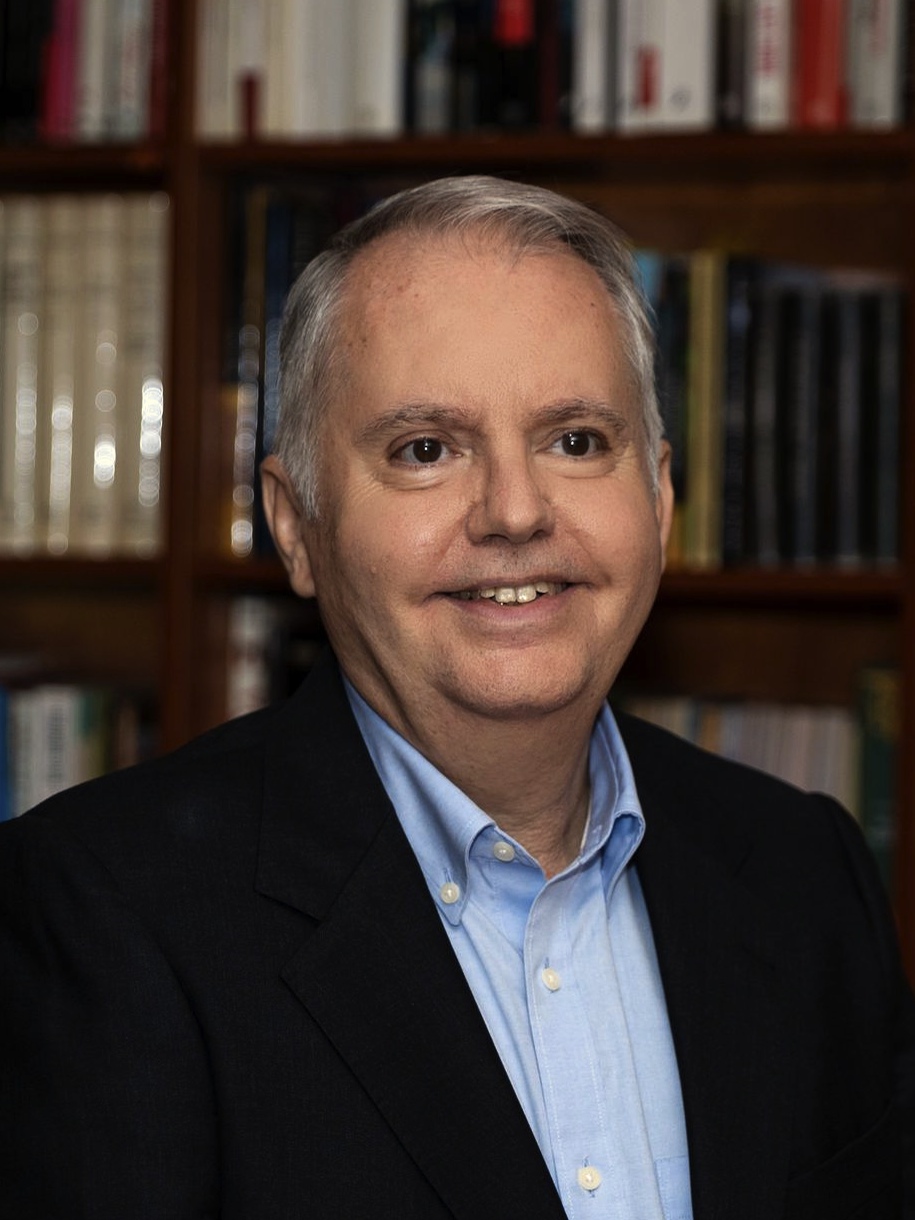 Dr. Javier Vinós has spent decades researching neurobiology and cancer at the Howard Hughes Medical Institute, the University of California, UK’s Medical Research Council, and the Spanish Scientific Research Council. His scientific publications have been cited over 1,200 times by his peers.

In 2015 concerns over the effects of the indisputable climate change that is taking place led him to study climate science.

Since then he has read thousands of scientific articles, and analyzed data for dozens of climate variables and hundreds of climate proxies, becoming an expert in natural climate change.

In 2022 Vinós published the impressive book Climate of the Past, Present and Future: A scientific debate. A free pdf version of the book can be downloaded on his webpage. A hardcover or Kindle version can also be bought at Amazon.