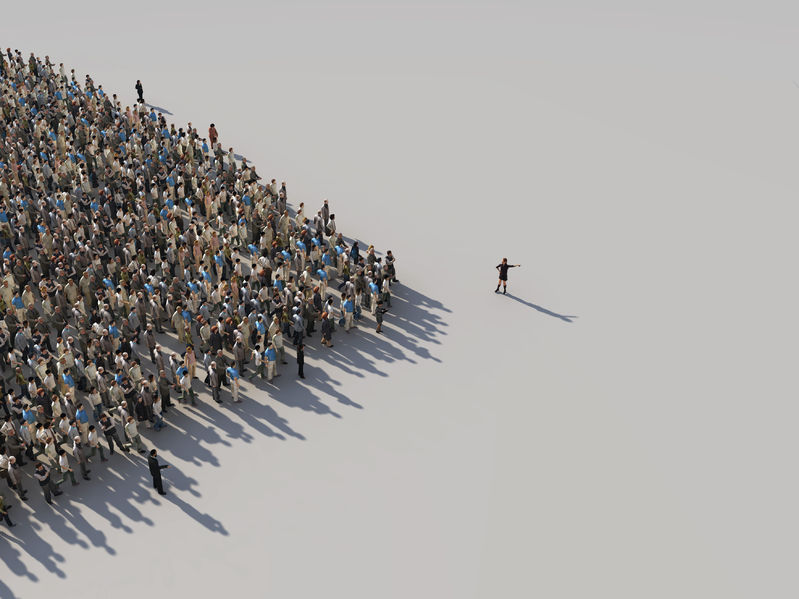 The climate change debate has never been as hot in Europe as it is in America, but that has now changed some. At least 500 experts, mostly Europeans, have signed a ” Declaration that there is no climate emergency” which has been delivered to the Secretary General of the United Nations.
Fritz Vahrenholt, one of the signatories and a moderate German green, explains it this way:
“The Dutch climate researcher and geophysicist Professor Guus Berkhout took the initiative and wrote to critics of climate models in various countries, including me. We then promoted the text among colleagues. It’s interesting to note that there are about 150 Italian researchers on the lists, about 100 Americans and 70 Dutch, but only 14 Germans. In Germany, the mainstream is particularly dominant – one no longer dares to go against the party line.” (I am one of the American signers.)
Vahrenholt adds: “The climate debate has become so hysterical that it is driving politics into a cul-de-sac. But there is no climate emergency. If Greta Thunberg’s demands were to be implemented, development and prosperity would be at risk worldwide. Thunberg accuses politicians of killing people – but she  ignores the successes of policy making: The global number of starving people has halved, life expectancy has doubled, child mortality has declined by 90%. These achievements have been significantly to do with improved energy supply, better heating and transportation and better food supply.”
The Declaration project is led by a Dutch group called CLINTEL (https://clintel.nl/),  which is short for Climate Intelligence. We certainly need more of that.
Not surprisingly, the reaction from extreme alarmists has been extreme. A viral tweet accuses the project of being funded by Shell Oil, whose real name is Royal Dutch Shell. The truth is that Shell has been a green oil company for decades. Many years ago I did some skeptical studies for the American Petroleum Institute and we had to keep a low profile because Shell was a member.
The tweet also accuses Guus Berkhout of senility, which is an even deeper measure of its stupidity.
I myself have received some nasty hate mail over signing the Declaration. Here is part of how one gem reads:
” You are void of moral character and professional integrity and probably the basis why you are not a registered professional as you surely would not qualify. You just can’t resist feeding off the fossil fuel teat so you prostitute yourself willingly and knowingly. Fossil fuel shills, propagandists …”
On the other hand, there has been some friendly coverage, like this piece in the Washington Times.
An alarmist swat team called Climate Feedback issued a lengthy critique, but it was just the usual empty confusions. They even claimed that the climate models were not running hot, something skeptics like John Christy have documented very clearly. The models are running over twice as warm as observation.
They also claim that emerging from the Little Ice Age has nothing to do with today’s warming. It may in fact be the explanation. So much for alarmist science.
See their https://climatefeedback.org/evaluation/letter-signed-by-500-scientists-relies-on-inaccurate-claims-about-climate-science/.
In any case it is great to see skepticism finally emerging in Europe. Here’s to Climate Intelligence, something the Euros really need to get out of the alarmist cage.