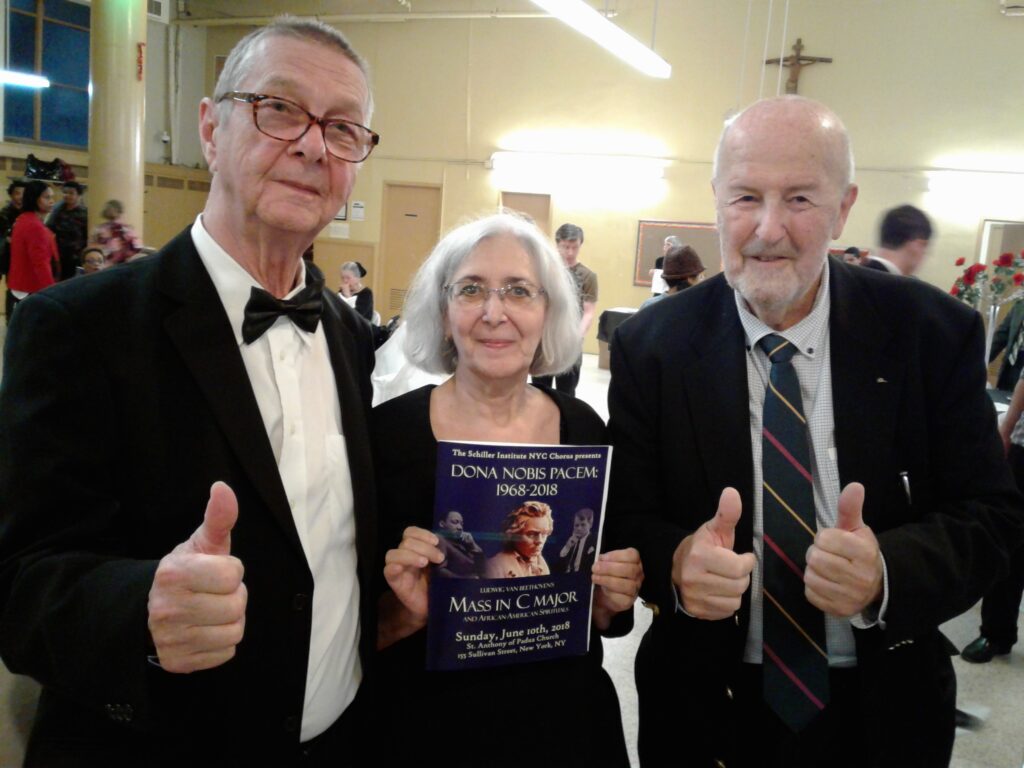 Thomas Wysmuller (right) with Rick Sanders and his wife Leonore in 2018.

Thomas Wysmuller passed away on June 29, 2021. He was born into the famous Dutch Wijsmuller Zeesleeper family, and briefly sailed on Wijsmuller Tugs as a youth. Moving with his family to the United States, he studied Meteorology – even working briefly with the KNMI as a summertime replacement meteorologist for vacationing staff members.

He was appointed to a NASA executive intern position and served with the agency before, during, and after the Moon Landings. Over the years he has lectured at UvA, Delft TU, and chaired “Water Day” at UNESCO’s IHE.

Tom lectured on climate and Sea-Level matters all over the US and the world, having chaired the Oceanography Section of the massive World Congress on Oceans in Qingdao, China. His 2015 ‘Zeespiegel lezing’ (Sea level lecture) in Delft was brilliant with a clear conclusion:

“When a massive 38% CO2 increase doesn’t even begin to accelerate Sea Level rise, how would we ever attempt to measure any Sea Level fall resulting from an almost impossible to achieve 1% CO2 reduction.  That Sea-Level drop would be undetectable, and spending multi billions to achieve it, is an indefensible diversion from real problems.”

What distinguished Tom from so many of his contemporaries, was his concern for the poor of the world and specifically for Africa, and that the climate gurus’ agenda was genocide. He understood very well that we need a huge expansion of nuclear energy and advanced technology worldwide, especially because he thought that Mars’ moon Phobos, would be an ideal jumping off point for moving further out into the solar system.

Tom had been diagnosed with cancer in 2007, and that in 2012 the doctors had given him one year to live; but he had a mission. That meant travelling from place to place to give presentations on the very slow, linear rise in sea level that’s nothing to worry about, and helping people to understand how they had been deceived by the climate lobby.

He will be sorely missed by all who knew him.