Evidence for More Frequent and Longer Heat Waves Is Questionable 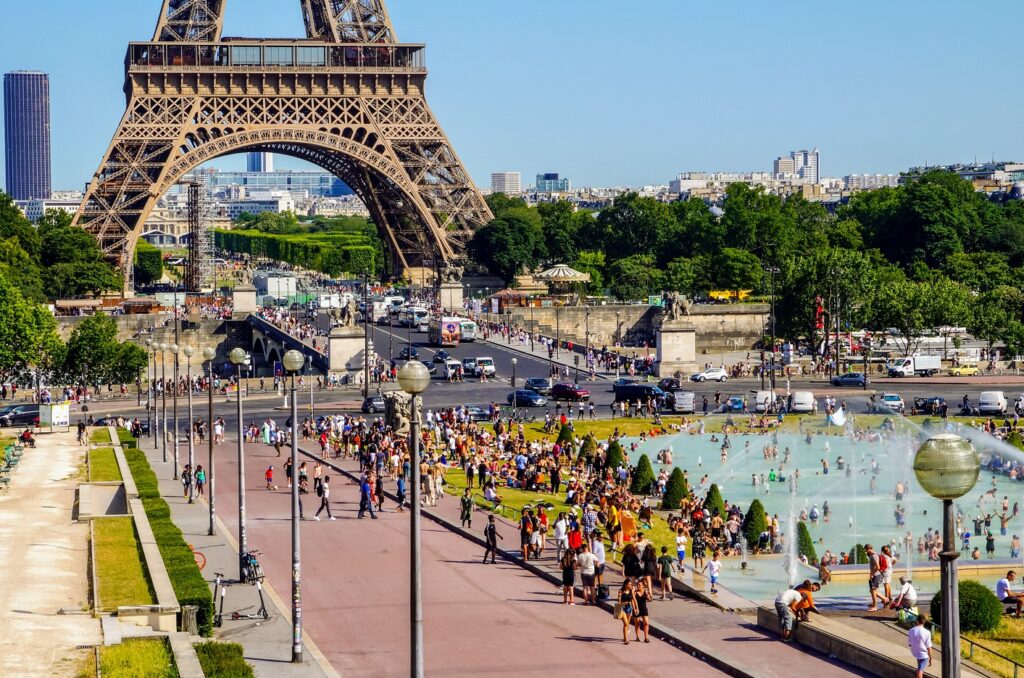 Originally published at the blog Science Under Attack.

In a warming world, it would hardly be surprising if heat waves were becoming more common. By definition, heat waves are periods of abnormally hot weather, last­ing from days to weeks. But is this widely held belief actually supported by observational evidence?

Examination of historical temperature records reveals a lack of strong evidence linking increased heat waves to global warming, as I’ve explained in a recent report. Any claim that heat waves are now more frequent and longer than in the past can be questioned, either because data prior to 1950 is completely ignored in many compilations, or because the data before 1950 is sparse.

One of the main compilations of global heat wave and other tem­perature data comes from a large international group of climate scientists and meteorologists, who last updated their dataset in 2020. The dataset is derived from the UK Met Office Hadley Centre’s gridded daily temperature da­tabase.

The figure below depicts the group’s global heat wave frequency (lower panel) from 1901 to 2018, and the calculated global trend (upper panel) from 1950 to 2018. The frequency is the annual number of calendar days the maximum temperature exceeded the 90th percentile for 1961–1990 for at least six consecutive days, in a window centered on that calendar day. 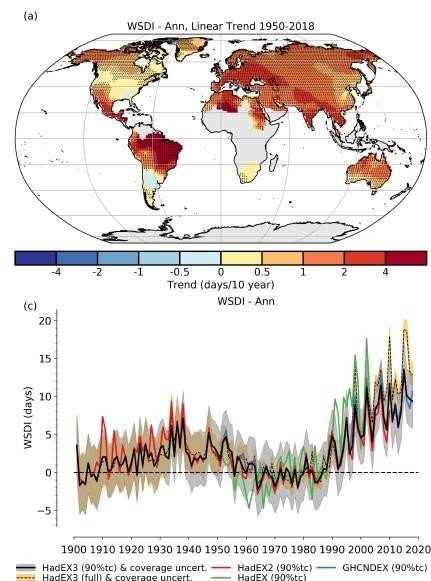 As you can see, the Hadley Centre data­set appears to support the assertion that heat waves have been on the rise globally since about 1990. However, the dataset also indicates that current heat waves are much more frequent than during the 1930s – a finding at odds with heat wave frequency data for the U.S., which has detailed heatwave records back to 1900. The next figure shows the frequency (top panel) and magnitude (bottom panel) of heat waves in the U.S. from 1901 to 2018. 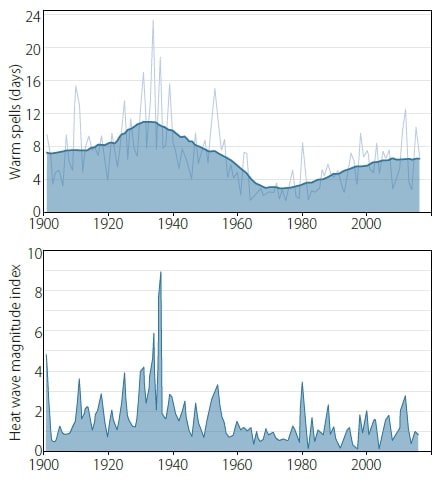 Originally published at the blog Science Under Attack.

It’s clear that there were far more frequent and/or longer U.S. heat waves, and they were hotter, in the 1930s than in the present era of global warming. The total annual heat­ wave (warm spell) duration is seen to have dropped from 11 days during the 1930s to about 6.5 days during the 2000s. The peak heat wave index in 1936 was a full three times higher than in 2012 and up to nine times higher than in many other years.

Al­though the records for both the U.S. (this figure) and the world (previous figure) show an increase in the total annual heat wave duration since 1970, the U.S. increase is well below its 1930s level of 11 days – a level that is only about 7 days in the Hadley dataset’s global record.

The discrepancy between the two datasets very likely reflects the difference in the number of temperature stations used to calculate the average maximum temperature: the Hadley dataset used only 942 stations, compared with as many as 11,000 stations in the U.S. dataset. Before one can have any confidence in the Hadley global compilation, it needs to be tested on the much larger U.S. data­set to see if it can reproduce the U.S. data profile.

While regional differences should be expected, it seems improbable that global warming would result in such large variations in heat wave trend worldwide. The disparities are more likely to arise from insufficient data. Furthermore, the trend is artificially exaggerated because the start date of 1950 was in the middle of a 30-year period of global cooling, from 1940 to 1970.

The 1930s heat waves in the U.S. were exacerbated by Dust Bowl drought that depleted soil moisture and reduced the moderating effects of evaporation. But it wasn’t only the Dust Bowl that experienced searing temperatures in the 1930s.

In the summer of 1930 two record-setting, back-to-back scorchers, each lasting eight days, afflicted Washington, D.C.; while in 1936, the province of Ontario – well removed from the Great Plains, where the Dust Bowl was concentrated – saw the mercury soar to 43 degrees Celsius (109 degrees Fahrenheit) during the longest, deadliest Canadian heat wave on record. On the other side of the Atlantic Ocean, France too suffered during a heat wave in 1930.

Next: No Evidence That Climate Change Is Making Droughts Any Worse

Retired physicist Dr. Ralph B. Alexander is the author of Global Warming False Alarm and Science Under Attack: The Age of Unreason.