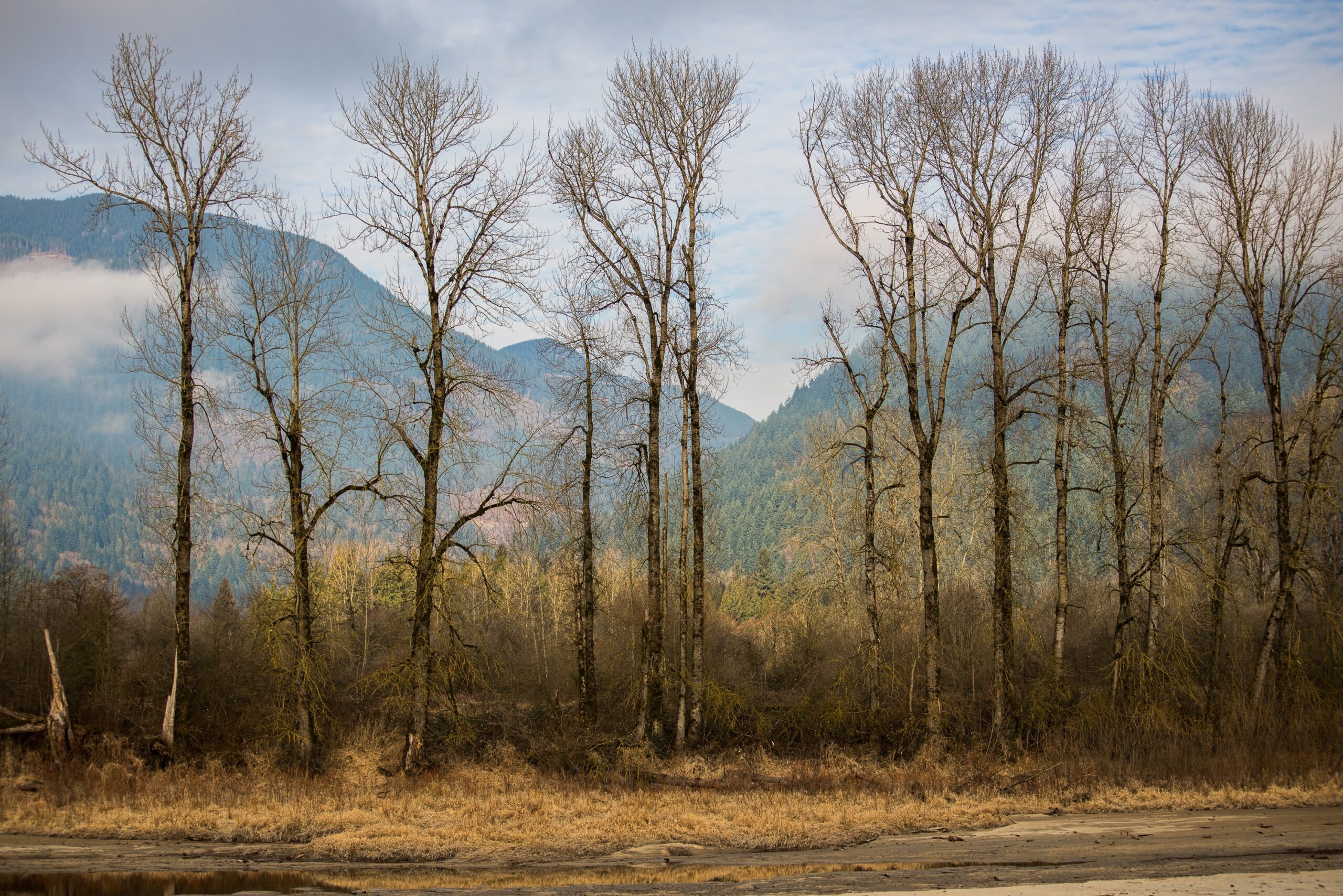 The recent extreme heat episode (June 29- July 5, 2021) over the NW region of Canada-USA led to highest recorded temperature of 49.7C in Lytton (British Columbia) in Canada. This unusual weather event was caused by a development of a ‘heat dome’ resulting from a persistent high-pressure area with exceptionally dry soil conditions. These exceptionally hot & dry conditions led to several hundred unfortunate deaths (mostly elderly people living without adequate cooling facility).  Hot and dry conditions in and around Lytton sparked a series of wild fires forcing evacuation of many small communities in central British Columbia (about 200 km NE of Vancouver).

This rare weather event sparked a plethora of commentaries in the media and also in climate science community; the main thrust of these commentaries was to point out the rapidly rising levels of CO2 in the environment as the culprit in ushering such extreme heat events.  Many environmentalists and scientists opined that such hot extremes would increase in future as atmospheric CO2 levels continue to rise.  Also, a recent research report prepared several climate scientists lead by Ms Sjoukje Philip (of KNMI, Netherlands) argues that such extreme heat wave events would be virtually impossible without human-induced climate change. Ms Philip and her team analyzed mostly recent heat extremes, without adequately analyzing past data sufficiently far back. The message in this media frenzy was: Climate Change & rising CO2 levels are responsible for these extreme heat events! 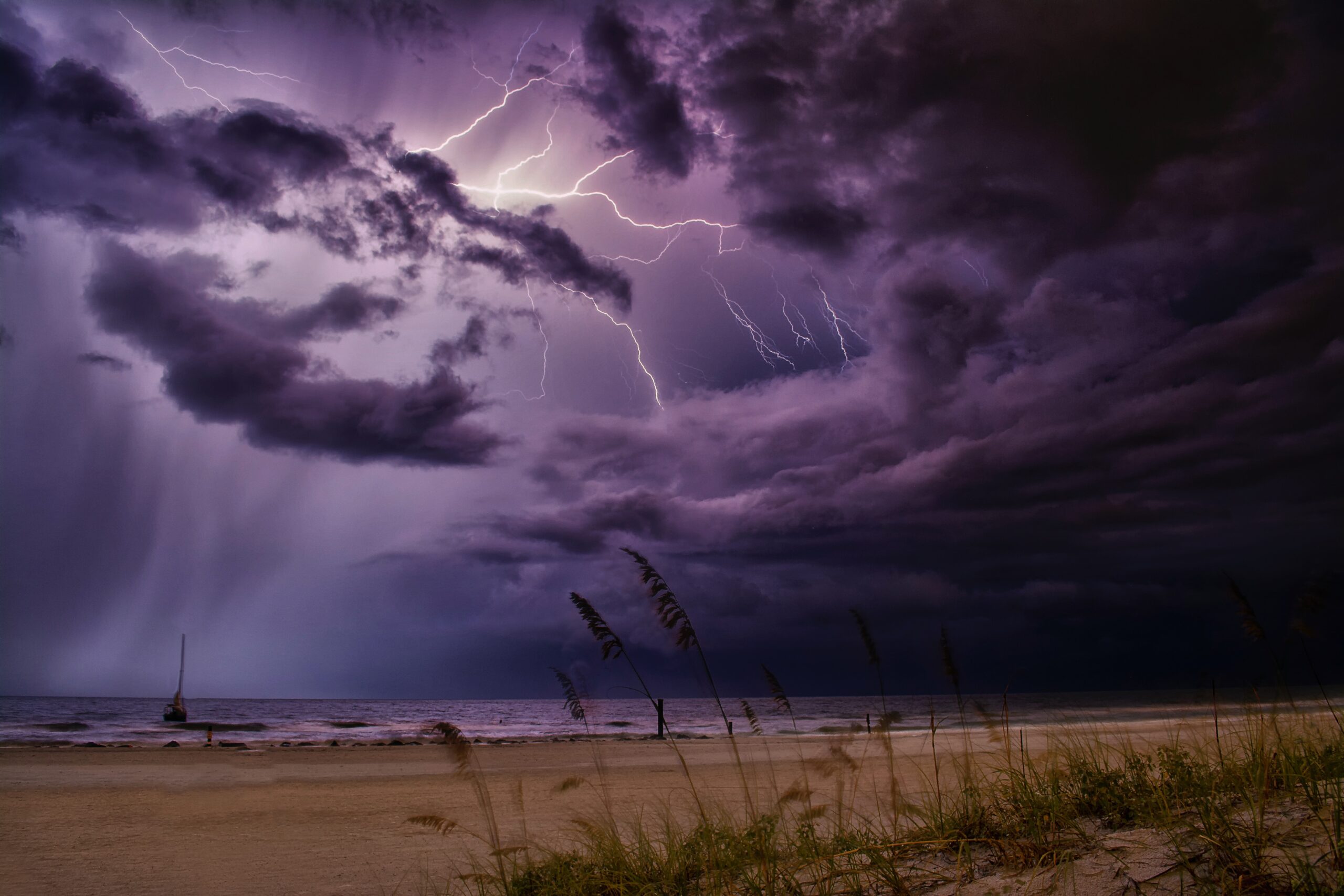 What was missing in this media hype was, whether such extreme heat events occurred in the past when atmospheric CO2 levels were much less than present? A quick check of past data reveals that during the decades of 1920s and 1930s (known as the Dust Bowl years of North America) such heat extremes accompanied by severe drought conditions occurred often. The decade of the 1930s was the hottest decade over North America and the Arctic Basin was very warm during most of the decade; further, the year 1935 was the warmest year over the entire Arctic Basin, according to the best available data. Also, the deadliest heat wave over Canada occurred during July 5-12 1936, when central Canada including the city of Toronto, saw over 1100 deaths due mostly to dehydration and lack of cooling facility (see link below). What is of interest in the present hype is that these extreme events occurred when CO2 levels were far less than present!

The British Columbia heat wave was followed by two flood events, one over Germany and Belgium (July 14-16 2021) and another over the Henan region of north-east China, a few days later. The German-Belgium flood was a result of an intense weather system caused by a meandering jet stream which dumped lots of rains over the UK before lashing Germany and Belgium with torrential rains. According to several news items, the flood impact was exacerbated due to two factors in particular: a) A flood forecast warning issued by EFAS- European Flood Awareness System, was ignored and/or not adequately disseminated to many regions; b) Officials in Germany left dams full to the brim and failed to undertake controlled release even after forecasts of very heavy rains (150 mm or more) were issued there days before. These precautionary measures would have reduced fatalities and also damage to property, according to several news sources. In case of the Henan floods, very heavy rains fell in a matter of few hours leading to flash floods and several dozen fatalities. 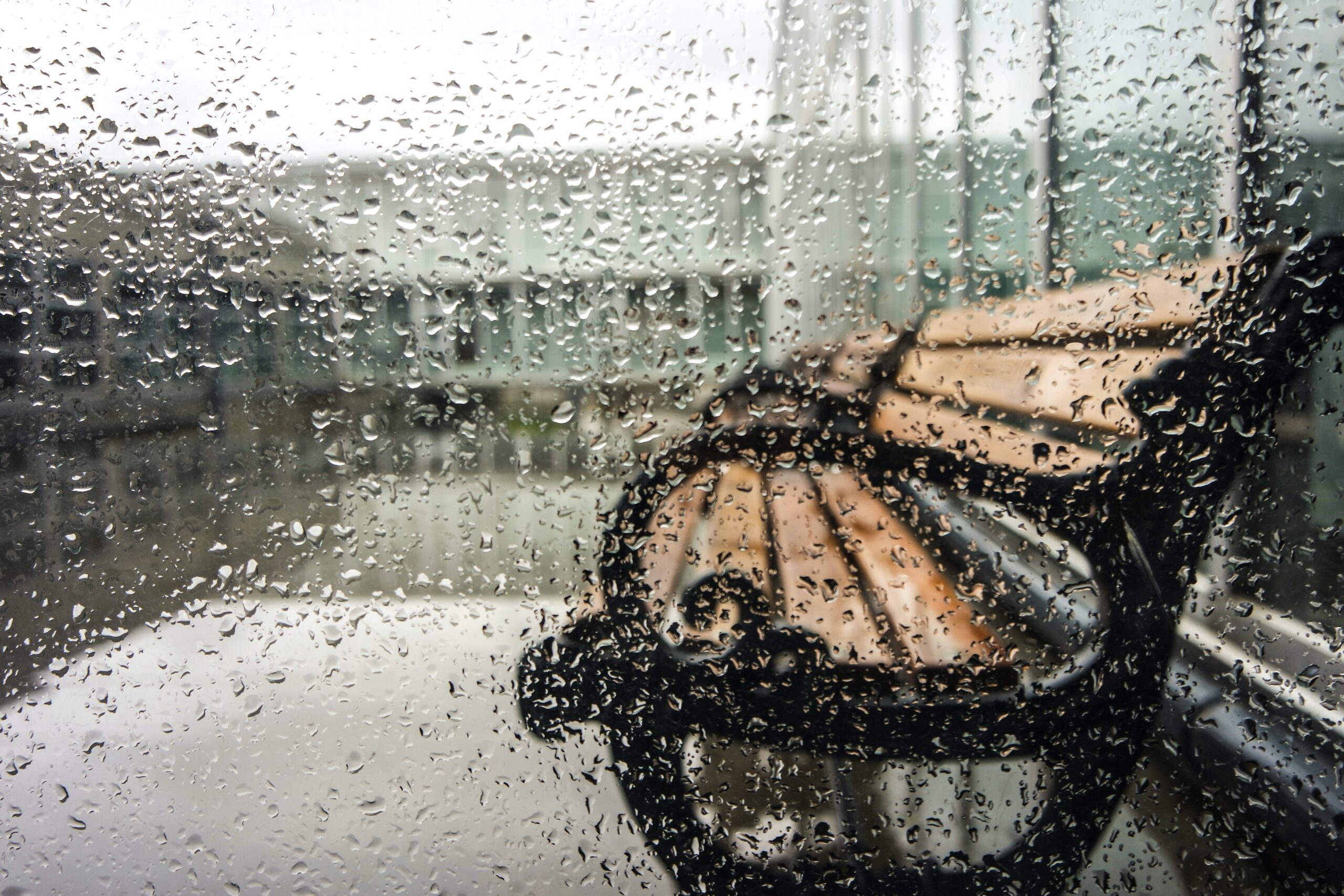 Once again, the media and climate experts (many from the well-known Potsdam Institute in Germany) started another round of blame game linking these floods to climate change with an urgent call to rein in on human-CO2 emissions! What was missing in such claims was a careful assessment of past such heavy rain episodes. Historical records show that western Europe witnessed such floods before (see links below). Also, the Henan region of north-east China witnessed very heavy rains killing several thousands, following the passage of a typhoon in 1975. Re: European Floods, it is of interest to note that parts of southeastern Europe are suffering from lack of rains at this time, thus indicating that the German-Belgium floods were limited in geographical extent, unlike previous floods, which covered a much larger region of Europe. Overall, the German-Belgium floods and the Henan flood in China were due to exceptional weather events and in no way linked to rising levels of CO2, as claimed by the media and many scientists.

Another issue not debated during this frenzy about extreme weather-climate change link is the fact that a La Nina phase (of ENSO-El Nino-Southern Oscillation) which began more than a year ago, still continues to linger in the equatorial Pacific. The La Nina phase in general produces extreme dryness over most of western US and Canada and that is what exacerbated the heat wave impact in Lytton and triggered massive forest fires and smoke.

On the flip side, the La Nina phase helps monsoon rains in South Asia, as evidenced by heavy to very heavy rains in various locales in India in last two weeks. Rain amounts varying from 10 cm to 25 cm and more have been posted at several dozen locales in India and in parts of South Asia, from Bangladesh to the Philippines.

The point being made here: extreme heat in the NW region of US-Canada three weeks ago and the heavy flooding in Europe and China are all part of natural weather & climate variability. Such extreme events have occurred in the past and will continue to occur in future, no matter what! Linking such events to rising levels of CO2 without a careful assessment of past such extremes, has no scientific merit! Such rash and hasty linkages do disservice to climate change science, which is much more complex than a simple increase/decrease in CO2 levels. 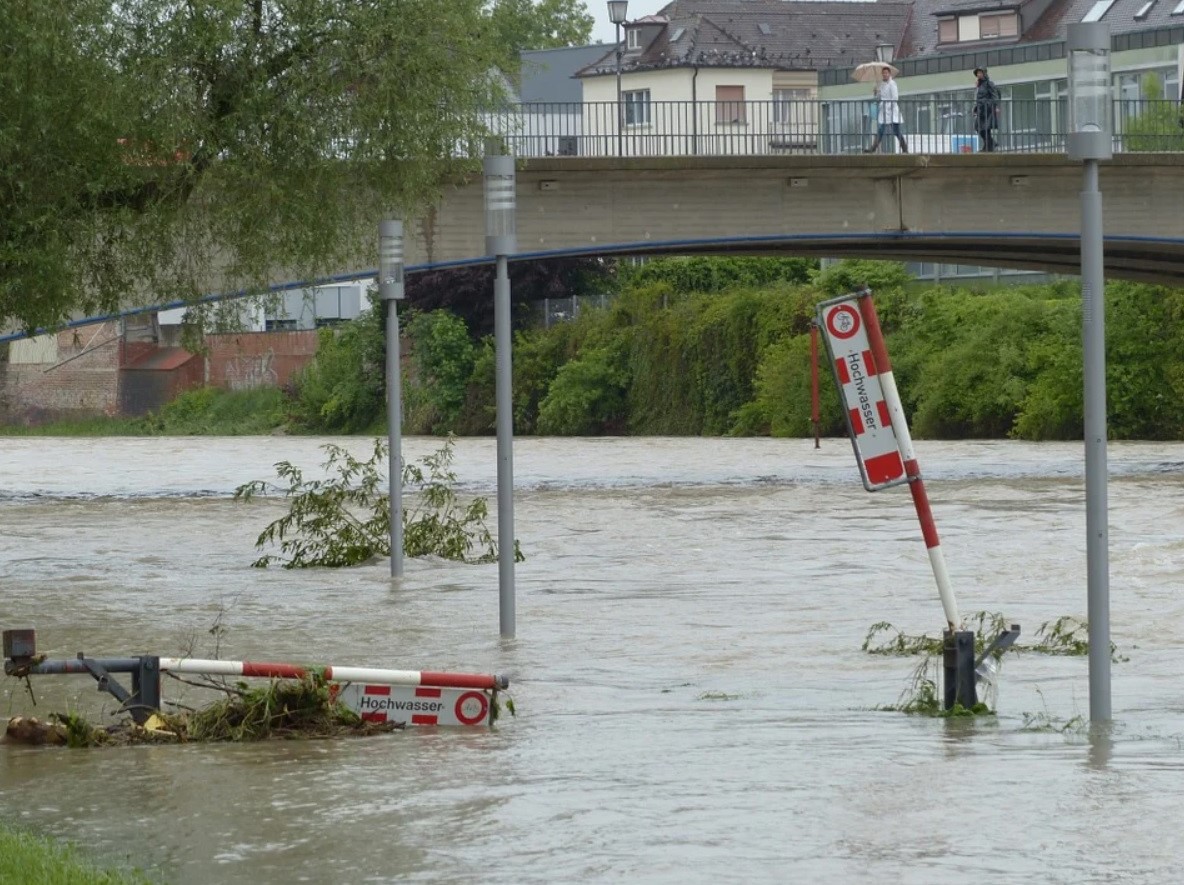 Finally, it is of interest to note that as the media is consumed at present about extreme heat, forest fires and smoke travelling over large areas of North America, the Southern Hemisphere (SH) is witnessing one of the coldest winters in many years. Many locales in SH (Australia, Argentina, Chile) reported low temperatures of 0C to -10C! Surely, such low temperatures and colder winters are not caused by rising levels of CO2! Interestingly enough, none of the media have reported colder winters of Southern Hemisphere so far!

p.s. Many environmentalists and climate scientists have expressed concern that future heat waves will lead to more deaths; According to Bjorn Lomberg, Global warming may reduce more deaths from Cold Extremes ( see link below)

* Madhav Khandekar is a former Environment Canada scientist and was an Expert Reviewer for the IPCC (UN Climate Body) 2007 Climate Change Documents. Khandekar has been in the field of weather and climate science for over 60 years and continues his interest at present on extreme weather and Indian/South Asian monsoon inter-annual variability.