My new book, Fallen Icon: Sir David Attenborough and the Walrus Deception, is now available for purchase on Amazon. This is one you won’t want to miss! 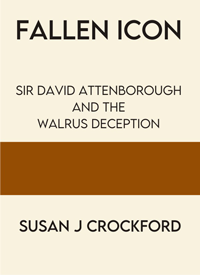 Paperback and ebook versions are available at all Amazon outlets, including USA, Canada, UK, and Australia. There should also be a hard cover version within a week or so.

What people are saying about Fallen Icon and my introductory essay are below:

“In her new book Susan chronicles the deceitful and unscrupulous way in which Sir David Attenborough has characterized the death of hundreds of Russian walruses, claiming they were due to a lack of ice caused by global warning. Thanks to Susan we now know the truth about Sir David’s shameless attempt to use the walrus deaths to support another myth, that there is a ‘climate emergency’ that requires we effectively give up modern civilization altogether.” Patrick Moore, Ph.D. Ecologist, Greenpeace co-founder; and author of Invisible Catastrophes and Threats of Doom.

“Fallen Icon exposes how ‘the science’ was corrupted by a political campaign to promote the false notion that a global ‘climate emergency’ exists. How do you scare the public about climate change when polar bear numbers keep rising? Easy, show the public horrifying images of walruses falling to their deaths and hundreds of walrus corpses, and blame those deaths on scarier and scarier predictions of the future based on flawed climate models tuned to maximize dire scenarios. Crockford digs deep to expose the fraudulent tactics that climate activist Sir David Attenborough used to lobby for political ‘solutions’ that included a revolution of society not unlike ‘The Great Reset’ and the ‘Green New Deal’. If you thought Attenborough and the WWF really just wanted to save the walruses, then you need to read Fallen Icon.” Marc Morano, publisher of Climate Depot, former senior staff U.S. Senate Environment & Public Works Committee and author of Green Fraud: Why the Green New Deal is Even Worse Than You Think

“Susan Crockford’s Fallen Icon is a riveting and revealing exposé of the great walrus-over-a-cliff climate scam perpetrated by an A-list of activists from the World Wildlife Fund to Netflix to David Attenborough. The book is detailed and well-documented.  Crockford’s work suggests that a key aspect of Attenborough’s Our Planet documentary series was a deliberate manipulation to create a sensational story describing climate events that never happened. Fallen Icon should serve as a red flag to all who want to hold on to the facts about climate change – and polar bears.” Terence Corcoran, National Post columnist.

An Introduction to Fallen Icon: Sir David Attenborough and the Walrus Deception 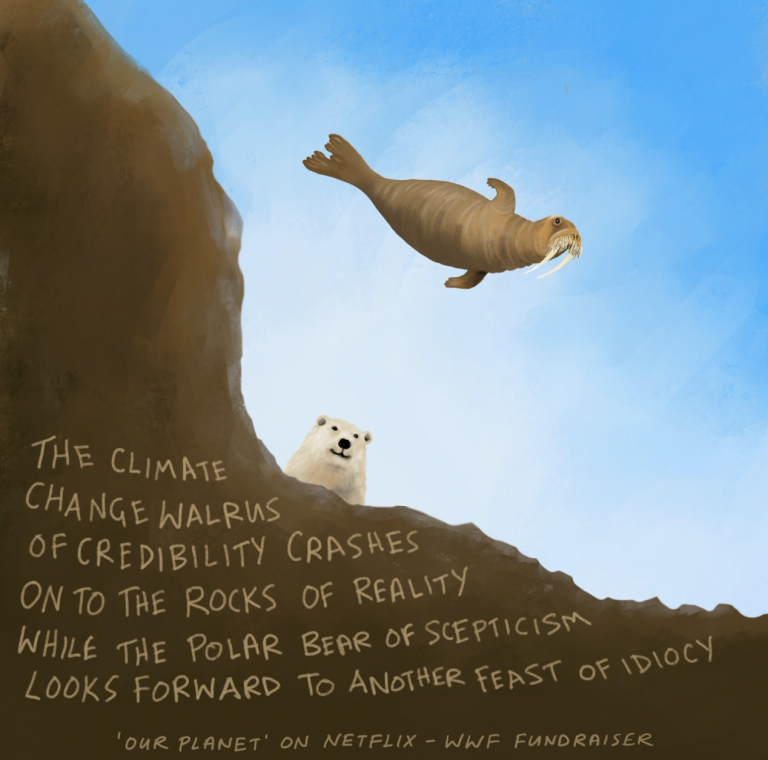 You can’t have missed seeing the shocking scene from the joint Netflix/WWF blockbuster documentary Our Planet in April 2019, of walruses falling off a high cliff to their deaths on jagged rocks below. Hundreds of animals were shown to have died and narrator Sir David Attenborough blamed all their deaths on lack of sea ice caused by humanity’s wanton use of fossil fuels. Many viewers, including young children, were traumatized by the brutal images.

The falling walrus footage at first seemed similar to National Geographic’s sickening video of a starving polar bear brazenly promoted as a victim of human-caused climate change. When this generated a tidal wave of criticism, the organization eventually admitted its falsehood and apologized for the deception.

The falling walrus fiasco was something altogether different.

Several colleagues (especially Paul Homewood and Andrew Montford) and I exposed the emotional blackmail and dishonesty, which erupted into an international controversy that went on for months. However, the truth didn’t stop Attenborough’s climate action juggernaut, which drove relentlessly toward its goal.

My new book, Fallen Icon, tells the entire, appalling story of how Attenborough assisted the WWF in corrupting science for political objectives.

The ultimate objective was to finally secure a global commitment to aggressive action for reducing CO2 emissions at the United Nations’ climate meeting (COP26) in early November 2021.

Attenborough’s peculiar vision called for immediate and drastic societal changes that might only be attainable by undemocratic means, which sounded eerily similar to the objectives of the wealthiest and most politically powerful supporters of the World Economic Forum (WEF), who just happen to be meeting this week.

While Attenborough failed to attain the legacy win he was after at COP26, some of his rich and powerful supporters may not have given up their ideology. The global political response to the Covid-19 pandemic seems to have handed Attenborough’s WEF cronies new ideas to constrain what they see as the evils of capitalism that underlie their fabricated ‘climate emergency’. These bear watching closely (no pun intended).

Writing Fallen Icon changed me. Chronicling the story of Attenborough and the falling walrus deception opened my eyes to the way that science has been deliberately corrupted to attain a political goal, in a way that manipulated polar bear science didn’t quite achieve.

I think it will do the same for you. 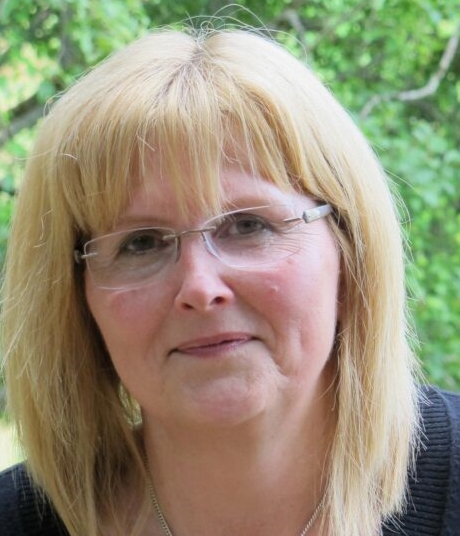 Born in Toronto, Ontario, she has lived in British Columbia Canada (Vancouver and Victoria) since 1968 and for 15 years was an adjunct professor at the University of Victoria (2004-2019).

She is the author of more than a dozen peer-reviewed scientific papers as well as science books for the general public including ‘The Polar Bear Catastrophe That Never Happened’ (2019) and ‘Polar Bears: Outstanding Survivors of Climate Change’, two science-based polar bear attack thrillers (‘Eaten’ and ‘Upheaval’) and two science books for young readers: ‘Polar Bear Facts & Myths’ (available in English, French, German, Norwegian, Dutch, and Portuguese) and ‘Walrus Facts & Myths’.