Freeman Dyson, one of the most prominent signatories of the Climate Declaration, has died aged 96. 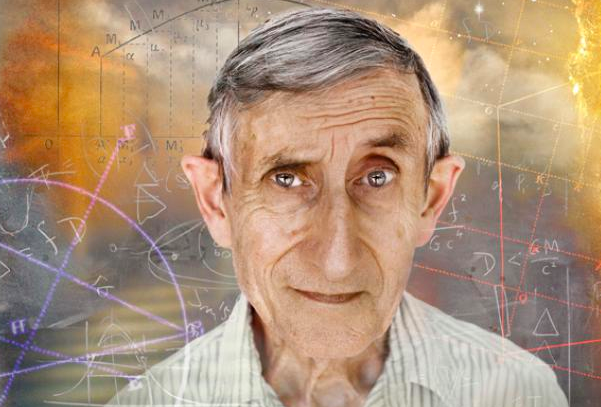 Born in England on 15 December 1923, Freeman Dyson graduated from Cambridge University in 1945 with a BA in mathematics. In 1947, he moved to the USA where he went to work at Cornell University and, later, at the Institute for Advanced Study in Princeton.

Professor Dyson was a dedicated supporter of the GWPF and a founding member of the GWPF’s Academic Advisory Council. He will be sorely missed.

He was one of the most prominent signatories of the World Climate Declaration of CLINTEL.

Below is the foreword he wrote to Indur Goklany’s GWPF report Carbon Dioxide: The Good News

I consider myself an unprejudiced person and to me these facts are obvious. But the same facts are not obvious to the majority of scientists and politicians who consider carbon dioxide to be evil and dangerous. The people who are supposed to be experts and who claim to understand the science are precisely the people who are blind to the evidence. Those of my scientific colleagues who believe the prevailing dogma about carbon dioxide will not find Goklany’s evidence convincing. I hope that a few of them will make the effort to examine the evidence in detail and see how it contradicts the prevailing dogma, but I know that the majority will remain blind.  That is to me the central mystery of climate science. It is not a scientific mystery but a human mystery. How does it happen that a whole generation of scientific experts is blind to obvious facts? In this foreword I offer a tentative solution of the mystery.

There are many examples in the history of science of irrational beliefs promoted by famous thinkers and adopted by loyal disciples. Sometimes, as in the use of bleeding as a treatment for various diseases, irrational belief did harm to a large number of human victims. George Washington was one of the victims. Other irrational beliefs, such as the phlogiston theory of burning or the Aristotelian cosmology of circular celestial motions, only did harm by delaying the careful examination of nature. In all these cases, we see a community of people happily united in a false belief that brought leaders and followers together. Anyone who questioned the prevailing belief would upset the peace of the community.

Real advances in science require a different cultural tradition, with individuals who invent new tools to explore nature and are not afraid to question authority. Science driven by rebels and heretics searching for truth has made great progress in the last three centuries. But the new culture of scientific scepticism is a recent growth and has not yet penetrated deeply into our thinking. The old culture of group loyalty and dogmatic belief is still alive under the surface, guiding the thoughts of scientists as well as the opinions of ordinary citizens.

Cultural evolution was enabled by spoken languages and tribal loyalties. Tribe competed with tribe and culture with culture. The cultures that prevailed were those that promoted tribal cohesion. Humans were always social animals, and culture made us even more social. We evolved to feel at home in a group that thinks alike. It was more important for a group of humans to be united than to be right. It was always dangerous and usually undesirable to question authority. When authority was seriously threatened, heretics were burned at the stake.

I am suggesting that the thinking of politicians and scientists about controversial issues today is still tribal. Science and politics are not essentially different from other aspects of human culture. Science and politics are products of cultural evolution. Thinking about scientific questions is still presented to the public as a competitive sport with winners and losers. For players of the sport with public reputations to defend, it is more important to belong to a winning team than to examine the evidence.  Cultural evolution was centered for a hundred thousand years on tales told by elders to children sitting around the cave fire. That cave-fire evolution gave us brains that are wonderfully sensitive to fable and fantasy, but insensitive to facts and figures. To enable a tribe to prevail in the harsh world of predators and prey, it was helpful to have brains with strong emotional bonding to shared songs and stories. It was not helpful to have brains questioning whether the stories were true. Our scientists and politicians of the modern age evolved recently from the cave-children. They still, as Charles Darwin remarked about human beings in general, bear the indelible stamp of their lowly origin.

In the year 1978, the United States Department of Energy drew up a ‘Comprehensive Plan for Carbon Dioxide Effects Research and Assessment’, which fixed the agenda of official discussions of carbon dioxide for the next 37 years. I wrote in a memorandum protesting against the plan:

2. more immediate,
3. easier to observe,
4. potentially at least as serious.

… Our research plan should address these issues directly, not as a mere side-line to climatic studies.

My protest received no attention and the Comprehensive Plan prevailed. As a result, the public perception of carbon dioxide has been dominated by the computer climate-model experts who designed the plan. The tribal group-thinking of that group of experts was amplified and reinforced by a supportive political bureaucracy.

Indur Goklany has assembled a massive collection of evidence to demonstrate two facts. First, the non-climatic effects of carbon dioxide are dominant over the climatic effects and are overwhelmingly beneficial. Second, the climatic effects observed in the real world are much less damaging than the effects predicted by the climate models, and have also been frequently beneficial. I am hoping that the scientists and politicians who have been blindly demonizing carbon dioxide for 37 years will one day open their eyes and look at the evidence. Goklany and I do not claim to be infallible. Like the climate-model experts, we have also evolved recently from the culture of the cave-children. Like them, we have inherited our own set of prejudices and blindnesses. Truth emerges when different groups of explorers listen to each other’s stories and correct each other’s mistakes.

Freeman Dyson FRS, a world-renowned theoretical physicist, was Professor Emeritus of Mathematical Physics and Astrophysics at the Institute of Advanced Study in Princeton where he held a chair for many years. Dyson was the author of numerous widely read science books. He was a founding member of the GWPF’s Academic Advisory Council.