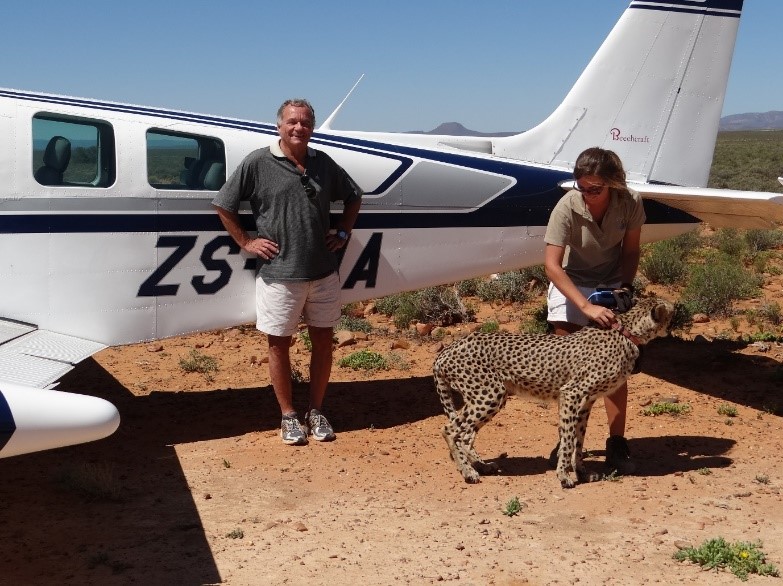 What is your background?
I was born in Germany towards the end of the Second World War. I grew up there and spent a major part of my life. I studied physics at the Technical University in Munich (TUM) in the 1960s/70s, when science, contrary to now, enjoyed a certain prestige. Munich was home to a number of scientific celebrities, among them none other than Werner Heisenberg. It was a carefree period with the first fruits of the German economic miracle becoming available and whiffs of hippy-atmosphere arriving from America. Most of us students worked after hours to be able to afford a third hand car – mine turned out to be a Volkswagen Beetle from 1949.

During doctoral work at the Physics Department of the TUM, I had my first encounter with the nuclear world in the form of our own research reactor, the first one in Germany. Due to its shape it was called the Atomic Egg.

Research and teaching took me to different places, in particular to the US and to South America. I left science in my forties and ended up as a freelance consultant for the management of research projects with mainly pharmaceutical and automotive clients in my portfolio. My last assignment of this kind was in 2017, at the age of 72. I now live next to Cape Town and write books and posts – mostly about the drama on global warming.

I’ve been a pilot for most of my adult life which helped me discover the magic of South Africa, her people, her landscape and her wildlife.

Since when and why are you interested in climate change?
The green movements were probably more pronounced in Germany than in any other country in the world. Debates about the ozone hole and forest dieback were as intrusive as they were irrational. With the advent of global warming, it all took on a new order of magnitude and I was sceptical from the start.

How did your views on climate change evolve?
After a few years had passed without measurable increase in average global temperature, the disaster was renamed from global warming to climate change. This was an excellent move in marketing, but it exposed the true motives of the protagonists that the show must go on regardless of how temperature evolves.

Is climate change a big issue in your country and how do you notice this?
In German politics and media there has not been a more dominant topic during the past decades than climate change – it only took a temporary back seat during the corona hype. It’s an issue that not only dominates politics, but permeates society as a whole and which breaks friendships.

In South Africa, where I live now, people have other concerns. And, if you don’t mind me saying so, they’re less neurotic.

How would climate policy ideally look like in your view?
All politics must follow the same principle that medicine follows: primum non nocere – above all do no harm. Measures related to climate change must be in accordance with systematic risk management. Costs and benefits, scope and probabilities must be quantified as best as possible.

And if I were Germany’s climate minister, I would stop the expansion of wind energy and photovoltaics today and would build up nuclear energy instead, with France as a role model. I know that nukes are not dangerous. Working for a year as a nuclear watchdog with the IAEA, I spent plenty of time in the close vicinity of all sorts of nuclear monsters – and I’m still alive.

What is your motivation to sign the Clintel World Climate Declaration?
The general population, including the educated part, is surprisingly ignorant when it comes to climate and energy issues. In my books and posts I try to offer appropriate enlightenment. Perhaps Clintel is a platform for such endeavour as well.