How the Greenland ice sheet ‘really’ fared this year 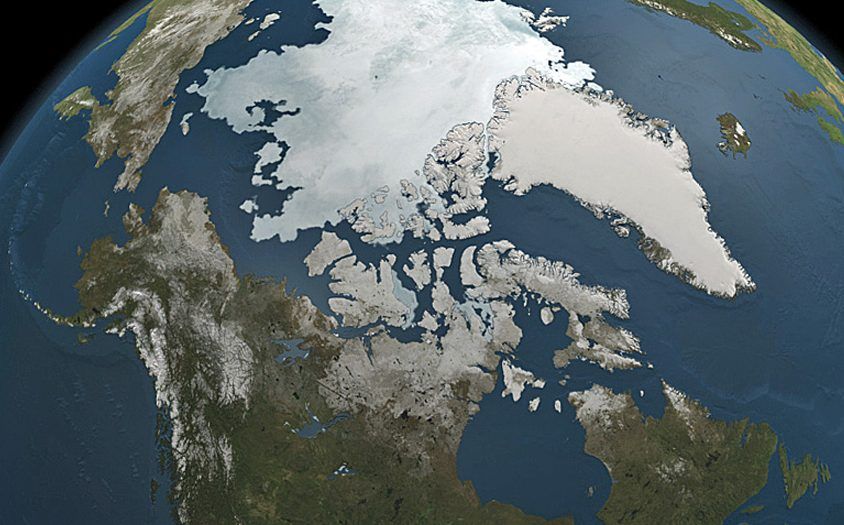 The Greenland ice sheet’s melt season is over, bringing the 2021-2022 season to a close. Below I take a deep-dive into how the poster boy for global warming fared over the past 12-months.

Greenland’s ice sheet gains snow and ice from September through to the following June, and then, as temperatures climb with onset of late-Spring, begins to lose more ice through surface melt than it gains from fresh snowfall. This is known as ‘the melt season’, which generally lasts until the end of August, with snow gains minus ice losses called the ‘Surface Mass Balance’ (SMB).

The map below, courtesy of the Danish Meteorological Institute (DMI), plots the SMB over the past 12-months.

The blue line in the upper chart shows the day-to-day SMB (in Gigatons), while the blue line in the lower chart depicts the accumulated SMB (again, in Gts), from the beginning of the season (Sept 1 2021). The grey line is the multidecadal average. The summer of 2022 was anomalously cold and snowy across Greenland and was book-ended by huge snowfall events.

The first came in June, delaying the melt season by 17-days vs the 1981-2021 median; and the second brought seasonal melting to an abrupt stop in mid-August after a record-breaking 20bn tonnes (Gt) of snow accumulated on the south of the island.

This summer chimed with last years; that is, it was characterized by several monstrous, record-smashing snowfall events. Fresh snow reflects sunlight better than the old, darker glacial ice underneath; and as a result, the onset of melting, which is defined as the first day of three days in a row where the SMB is less than -1Gt, was on June 30, two-and-a-half weeks later than normal.

The end of August 2022 was then marked by truly mammoth snow event. More than 8Gts was added on Aug 30 alone, an unprecedented amount for summer–visualized below by the dramatic-looking ‘spike’ at the end of the DMI’s SMB chart:

The reason for these persistently cold and wet conditions across the Greenland ice sheet is linked to “atmospheric blocking”–a phenomenon shown to increase during times of low solar activity (such as the historically low output we’re experiencing now).

For much of the summer, a high-pressure blocking system stalled over Western Europe, leading to many nations experiencing record-breaking heatwaves. And far out to the west, across the pond, blocking systems also formed over Western Canada and the US. These setups altered the jet stream’s flow, reverting its usual straight (zonal) course to a wavy (meridional) one. The jet effectively ‘buckled’ with Greenland situated in the middle, on the ‘upper’ side of a southerly-plunging jet which saw it subject to influxes of frigid Arctic air; while, conversely, W Europe and the US found themselves located ‘below’ a northerly-arching jet, meaning they were open to rising tropical warm. The below graphic aims to clarify the general setup.

And as hinted at above, the prevalence of this ‘wavy’ jet stream setup increases during times of low solar activity. In short, with less energy entering the system, the usually-rigid west-to-east flowing jet weakens and its shape becomes Omega (Ω) or ‘meridional’. It is this mechanism –or more specifically its upshot, i.e. erratic weather patterns– that today’s activist-scientists broadly label ‘climate change’: A weakened jet stream caused by low solar activity. Refocusing on Greenland, despite this year’s ‘healthy’ melt season, obfuscation was abound across the mainstream media.

CNN wrote the following in July 20 article: “The amount of ice that melted in Greenland between July 15 and 17 was enough to fill 7.2 million Olympic-sized swimming pools, or cover the entire state of West Virginia with a foot of water.”

They even have a quote from cLiMaTe ScIeNtIsT Ted Scambos: “The northern melt this past week is not normal, looking at 30 to 40 years of climate averages. But melting has been on the increase, and this event was a spike in melt.”

CNN is screaming about this period of melting (circled below): I’ve already given you the data regarding the season as a whole.

The audacity of CNN to claim that the 2022 melt season was in anyway alarming is cherry-picking obfuscation at best and outright fraud at worst. Even the staunchest of AGW proponents must see this–the propaganda can’t be that blinding, surely?

In Greenland’s case, the MMB consists of the breaking off –or ‘calving’– of icebergs as well as the melting of glaciers that meet the warmer sea water. While the BMB, although largely unimpactful, refers to ice losses from the base of the ice sheet mainly caused by frictional effects and ground heat flux.

The components of the Total Mass Balance going back to 1987 are shown below — CNN pay close heed. The SMB is shown in blue, the MMB in green, the BMB in yellow and, most importantly, the TMB is marked in red. This is the official data. Every news outlet has access to it. And what it unambiguously shows is, well, not a lot, certainly nothing to write home about, and most-certainly nothing ‘catastrophic’.

The TMB (red line) did indeed decrease between 1996 to 2012; however, the trend has very clearly shifted since then, to one of overall growth. This is more clearly depicted in the next chart (which doesn’t yet include 2022’s higher reading): Now, I’m not sat here scratching my head pondering why the MSM works so desperately hard to obfuscate. I’m not naive. Unalarming Greenland data does not serve the doom and gloom agenda and reporting on it honestly on would risk stopping the intravenous-dispensation of fear that requires constantly administering to the masses in order to be effective, in order to force through their controlled demolition of society–that now appears fully underway.

This is what the MSM are tasked with nowadays, perhaps it has always been the case — a population forever scared, always looking over their shoulder for the next ‘catastrophe’ that threatens to upend and ruin them are far easier to keep under the thumb, to marshal, to own, to control. It’s a travesty.