In Memory of Dr. Patrick Michaels 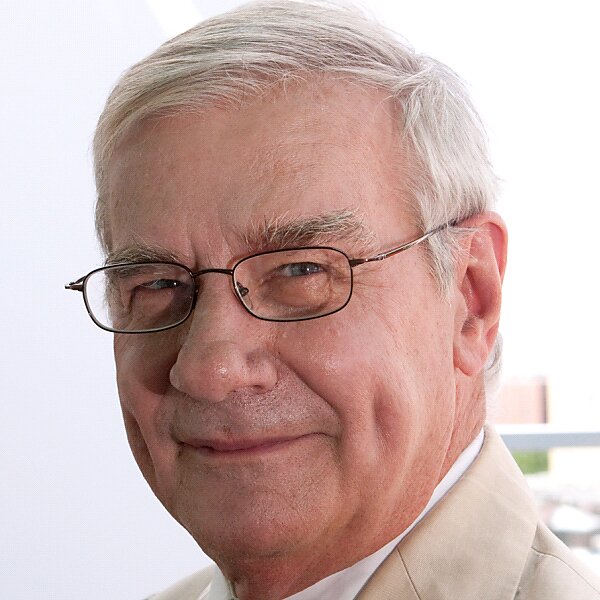 Self‐​praise is no praise, and the praise of friends, family, colleagues and allies, must always be viewed skeptically. But praise from opponents? Now that is praise.

Pat Michaels died on July 15, 2022, and since then obituaries have appeared in those two bastions of conventional climate change doctrine, E&E News (Environmental and Energy News) and the Washington Post. And both emphasized what a nice man he was. E&E News quoted the leading climate scientist James Hansen as describing Pat as a “good guy to have a beer with,” while the Post quoted Michael Mann, another leading climate scientist, as saying “I disagreed with Pat vehemently … but I always found him to be an amicable colleague.”

Pat is generally recognized as the researcher who, more than any other, cast doubt on the alarmist story of global warming. In the words of E&E News:

When [George H. W.] Bush was elected in 1988, climate policy was a bipartisan issue. … During his campaign, Bush said addressing climate change would be a priority [but] Michaels and other climate science critics played an instrumental role in shifting Republicans away from climate policy and toward skepticism and outright denial … The brief era of bipartisan climate policy was over—with Michaels’ help.

Quite an impact to attribute to one critical thinker!

Patrick Michaels was born in 1950 to Joseph and Cecelia Michaels in Berwyn, Illinois. He was educated in biology and plant ecology at the University of Chicago, and he received his PhD in Ecological Climatology from the University of Wisconsin at Madison. Pat then worked for 30 years as a professor of environmental sciences at the University of Virginia, serving concurrently as Virginia’s state climatologist. During his academic career Pat was elected president of the American Association of State Climatologists, he wrote nine books, and he published a succession of papers in storied journals including Science, Nature and Geophysical Research Letters.

A great insight into Pat’s way of thinking was provided in 2004 when he and his co‐​workers (including his long‐​time colleague Chip Knappenberger) received the Climate Paper of the Year Award from the Association of American Geographers for a study they published in the International Journal of Biometeorology where they showed that, over the years, fewer people had died in successive heatwaves because populations had learned to adapt.

Pat, in short, did not deny that the globe was warming. Indeed, he proselytized the term ’lukewarming”—a concept on which he expanded in his 2016 book of the same name. But he argued that less damage would be perpetrated to the economy, and thus to human happiness, if we learned to adapt to the heat rather than trying to decarbonize. He also argued that conventional climate models exaggerated the heating we could anticipate. Further, he argued that global warming affected the higher latitudes more than the equatorial ones, so the effect would be in many ways benign. And finally, he argued that higher levels of CO2 would stimulate plant growth and would thus help both agriculture and the greening of the planet.

These views were controversial, so in search of greater freedom of expression Pat eventually left the University of Virginia to join us at Cato, where—assisted by Joe Verruni—he created and directed the Center for the Study of Science. At the Center, Pat sought to extend his remit into all of science: a lifelong libertarian, Pat saw his field of climate science as part of a larger ecosystem in which government funding leads to perverse incentives and therefore to skewed research and outcomes; Pat could see what monopolistic funding was doing to climate science, and he feared it was doing the same to science at large. So the Center recruited a number of scholars to chronicle perverse incentives in fields such as nutrition, radiation, drugs, and more—eventually leading to the compilation of Pat’s last book (coedited with me), Scientocracy. As the so‐​called ”reproducibility crisis” has shown, the “scientocracy” Pat described is perfectly capable of impeding scientific advances.

Pat was, in short, his own thinker, and he was never afraid to flout conventional wisdom. But the problem for his opponents is that his arguments were always carefully founded. So, in its obituary E&E News complained that Pat cherrypicked his facts, but Pat was a good philosopher of science, and he knew that it takes only one black swan to disprove the statement that all swans are white: Pat knew that scientists are too inclined to verification and too disinclined to falsify. Pat, furthermore, was a good historian of science, and he knew that too many past beliefs had eventually been discredited: for example, a belief in eugenics was for decades before 1945 simply the conventional scientific consensus.

Patrick migrated latterly to our friends at the Competitive Enterprise Institute, and he was also associated with the CO2 Coalition, but he never stopped working. For him work was a mission: he felt the urgency of getting our responses to climate change right, and he was fulfilled in his task.

Patrick leaves behind his wife Rachel, his former wife Erika, and their two children Erika and Rob, and it is good to record that he loved his family, and his wiener dog Anthony, inordinately: he was happy at home. But Pat also leaves behind a reputation as a scientist who always put data above wishful thinking: that is rarer than it should be.