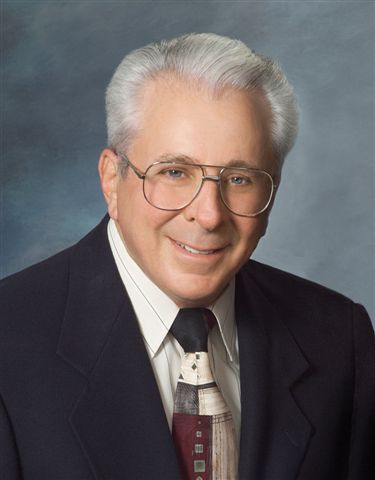 What is your background?
As an Engineer, I have had the opportunity to work as a Project Manager for a few decades with an international Engineering, Procurement, and Construction (EPC) firm designing and building large energy projects around the world.
I founded PTS Advance in 1995 to provide staffing augmentation services to the Life Science and Energy industries providing personnel to augment a firm’s core staff to help them execute awarded projects.
For the last 10 years or so, I have become a prolific Op Ed writer trying to provide the public with energy literacy, in the complicated world of “energy”.  I have authored 100’s of Op Ed articles and co-authored the Amazon 5-Star rated books “Energy Made Easy” and “Just GREEN Electricity”.
Being a private businessperson with vast knowledge of the energy industry has gotten me the opportunity to be named the private business spokesperson for the industry as the public has been grilled to not trust the words from industry leaders, so I’ve become the unofficial spokesman for the energy industry.  Thus, I have taken on the title as Ambassador for Energy & Infrastructure, but I have no interest in running for an elected office!

Since when and why are you interested in climate change?
It’s obvious that the worlds 4.5 billion years of existence has gone through numerous and continuous climate changes so let’s look at just a few of the topics now perversely on social media.

CO2: To support the microscopic scientific evidence for warming of the climate system, the NASA graph only looks at CO2 levels back 800,000 years to show recent increases to 400 ppm which is tiny in comparison to Earth’s historical levels. NASA dismisses the facts that earths’ CO2 levels reached 3,000 ppm about 150 million years ago, and levels of 8,000 ppm almost 550 million years ago.  Today, the real risk is CO2 starvation as mass extinction occurs at levels below 150 ppm. Maybe we should reconsider the current doomsday predictions as the earth survived CO2 levels in the past that were as much as twenty times higher than today.

Sea Levels: We’re constantly being bombarded with projections that the present ocean levels rise by millimeters from by NASA from 1870-2013 are projected to flood major cities and populations. What we’re not being told is why the oceans have been rising by more than 450 feet over the last 20,000 years with the last 8,000 years being flat. In fact, it looks like there has been no rise since civilization began, and that the recent rise of about 20 cm is another microscopic interpretation of data to inject fear about climate change. Given factual data to our millennials, about what the sea levels  have been doing over a longer period of time, what is their conclusion?

Heat Waves: The local weather reports constantly over-emphasize those recent heat waves as a reflection of climate change. When one looks at 130 years of data from the Environmental Protection Agency (EPA) we see that the 1930’s was the hottest recent period, while temperatures today are the same as the early 1900’s, more than a century ago. Injecting fear of incurring heat waves into the future from small sound bites deprives intelligent residents of all the EPA supported evidence to the contrary. What conclusions do millennials have when they see where we’ve been on heat waves?

Temperatures: When its hot outside, we quickly surmise that the end of the world is eminent. But the data from the National Oceanic and Atmospheric Administration (NOAA) show we had much hotter periods from the 1800’s to 1955. Concluding that the slight upward trend from 1955 is a rise that is unstoppable, is another doomsday prediction from microscopic data points. What conclusion do millennials have when they see that the hotter temperatures were before 1955?

How did your views on climate change evolve?
The “aha” moment was that human’s minuscule presence on the 13% of habitable area of the world seems very questionable as the cause. Further, the “few” in the wealthier and healthier countries that use fossil fuels is minute, compared to the more than 6 billion that continues to live without fossil fuels!

The Earth has existed for maybe 4.5 billion years, and now the alarmists will have us believe that because of the small rise in temperature for roughly 150 years we are doomed.

87% of the World is uninhabitable with 70% covered by oceans and 17% being the mountains and deserts, while the remaining 13% of habitable area is up for discussions as to whether humans, animals, plants, Mother Nature, or the industrial solar system have contributed to past and current climate changes.

The warming we have had the last 100 years is so small that if we didn’t have meteorologists and climatologists to micromanagement of the data, we wouldn’t have noticed it at all.”

Is climate change a big issue in your country and how do you notice this?
America has 4 percent of the 8 billion living in this world and believes the Green New Deal to use intermittent electricity from wind and solar can save the planet.
Wind and solar are incapable of providing societies and economies with the thousands of products made from petroleum derivatives manufactured from petroleum, and the various fuels also manufactured from petroleum. Those products and fuels “make things and moves products,” required by every transportation infrastructure for prosperous societies and economies.
Energy literacy will enhance one’s comprehension that the cost of energy affects everything, from the food we eat, the clothes we wear, transportation, communications, housing, healthcare, and the leisurely living made possible by energy and its products. Raising the cost of energy is immoral and racial biased as it negatively affects those that can least afford increases in their cost of living.
Enhancing one’s energy literacy will help them understand that the mining for precious metals and minerals to support wind, solar and EV batteries associated with ‘clean’ energy is having harmful ecological consequences and causing human rights abuses worldwide.

How would climate policy ideally look like in your view?
Billions of years of the world’s history has shown that the climate is always changing with 87% of the World being uninhabitable, with 70% covered by oceans and 17% being the mountains and deserts, while the remaining 13% of habitable area is up for discussions as to whether humans, animals, plants, Mother Nature, or the industrial solar system have contributed to past and current climate changes.
The richer and wealthier countries have been able to adapt to climate changes with extensive usage of the products made from oil derivatives, but those in poorer developing countries have minimal or no access to the products that have virtually eliminated weather related fatalities, minimized infant mortalities, and increased longevity, just in the wealthier countries that use petroleum to their advantages.
If the world’s population wants to save the world, they would be best to direct their personal energies toward the subject of reducing deaths in poor countries mostly from oil and gas starved countries, that are experiencing 11 million child deaths every year. Those underdeveloped locations in the world have minimal access to the products that support medical industries in the wealthier and healthier developed countries, as most of those young fatalities are mainly from preventable causes of diarrhea, malaria, neonatal infection, pneumonia, preterm delivery, or lack of oxygen at birth. And by the way, adults in those poor countries barely live past 40 years of age.

What is your motivation to sign the CLINTEL World Climate Declaration?
To educate the public to be more energy literate. Energy is more than just intermittent electricity from wind and solar. Energy and electricity include thousands of products made from petroleum derivatives that “makes things and moves products,” and the various fuels required by every transportation infrastructure for prosperous societies.

What question did we forget?
The world has had almost 200 years to develop clones or generics to replace the crude oil derivatives that are the basis for thousands of products for societies and economies.  Can wealthy societies regress lifestyles and economies to live without the products and fuels from petroleum?