Krov Menuhin: “You give nature one centimeter and she will return ten kilometers” 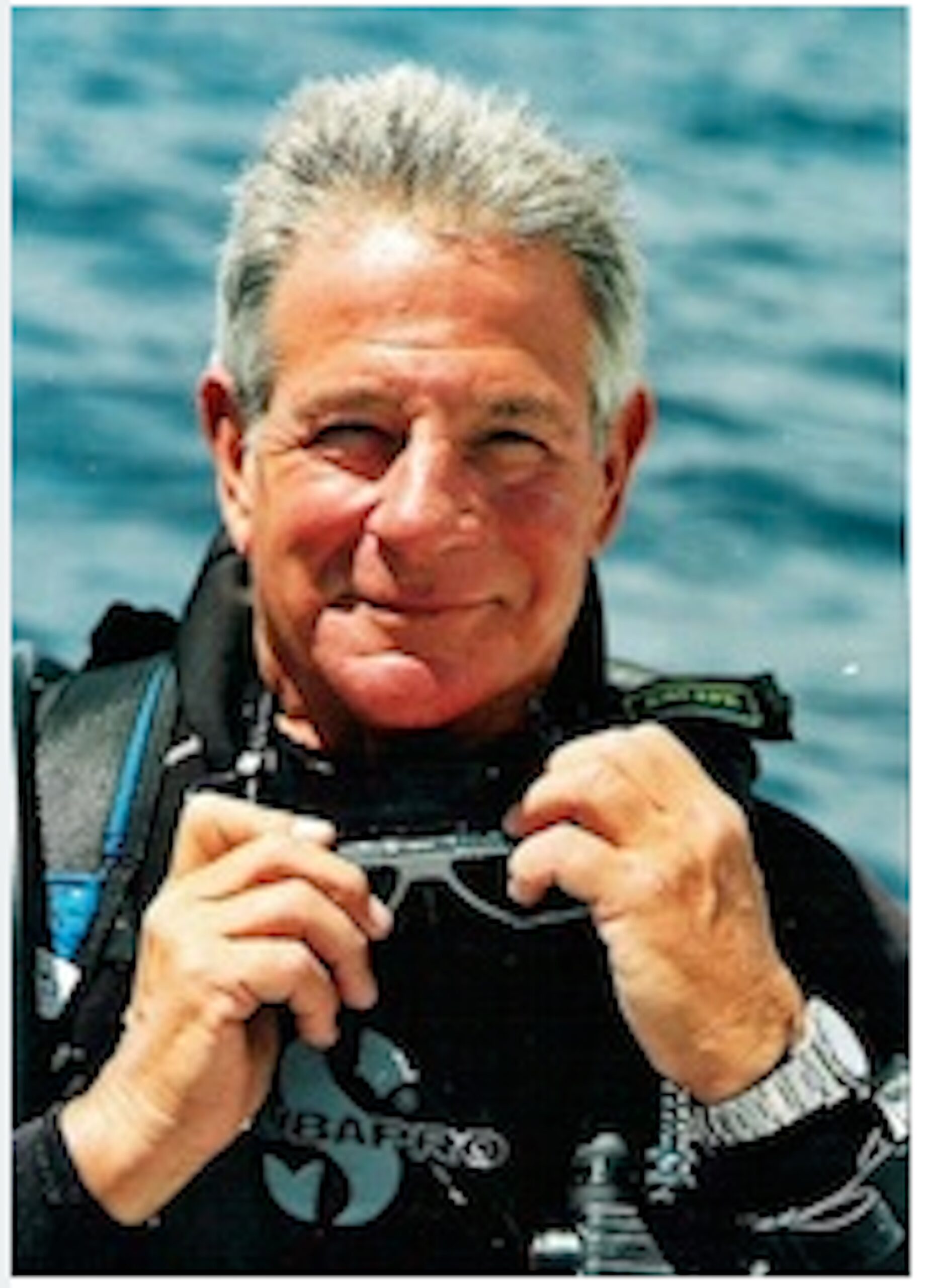 Menuhin just out of the sea

Krov Menuhin (Australia, born 1940) has travelled the world filming oceans. In 1980 he made the first underwater film about whales for the BBC. He visited the most exotic islands in the world, places that are now supposed to disappear as a result of global warming. Menuhin recently signed the Clintel World Climate Declaration because in his view “existential warming is not going to happen”. He was happy to participate in this interview with Clintel.

What is your background?
Professional diving instructor/guide in Bahamas as teenager

Four years Free-lance Underwater Director/Cameraman mostly in the Mediterranean, the UK as well as the Red Sea, Sri Lanka and the Maldives

One year filming a series of 4 hours for Channel 4 UK in Vanuatu, the Solomon Islands and Papua New Guinea

Since when and why are you interested in climate change?
I was quite late to really think about climate change, it was this concept lurking outside of my primary interests that were weather, not climate. Things like Hurricanes, King Tides, water visibility, sea conditions etc.. However a close friend from my military days was working at the Jet Propulsion Laboratory in California and I visited him between film shoots. While there I was introduced to a number of scientists who were very much interested in climate change with most, at that time as I cannot say how they feel today, strongly against the theory that humans are the primary cause and that a solitary gas CO2, comprising 0.04% of the atmosphere was the culprit.

I guess that set my mind up and not being a scientist I depended upon the opinion of real scientists.

As a result when I had the opportunity to interview or meet, primarily ocean scientists, the subject of climate change would arise and fore the most part they echoed the opinion of those scientists at Jet Propulsion Labs but as time went on I detected a reticence to discuss the matter, particularly with someone working in TV. This fear was palpable and thought of losing grants, position, even tenure made me first of all mad at what I felt was this destruction of science and then as more and more information became available refuting the AGW issue I became convinced that these scientists were correct.

The conclusion I reached, with the scientists help, was that yes, there is climate change and it is a highly complex phenomena incorporating a huge plethora of individual actions, the Sun, Clouds, Planetary tilt among so many others and yes, including greenhouse gases, primarily water and that CO2 had a role both assisting to contain heat but more importantly as a gas critical to life on Earth. Below around 100 ppm plants cannot sustain photosynthesis and die, they are ideally suited for between 1000-1300 ppm. The green houses where I lived in the South of France regularly hold 1000 to 1200 ppm for maximum sustained growth of vegetables.

It was the unquestioned demonization of CO2 that convinced me that something was wrong.

In the ocean I have witnessed the death of many coral reefs, particularly those in the Bahamas but this came about by three things. First the apex predators were fished out, then when they disappeared, the spear fishermen would spear all the smaller fish, which are the grazers that keep the reef just as gardeners keep beautiful gardens. Once these are gone the reef dies and algae takes over.

Tourism also plays a role as in the early days of sport diving people had no idea of the damage they were doing by sitting on the corals, swiping the corals with their fins and taking corals away. This has greatly improved through education.

But it has been spear fishing that has done the most damage. I compare reef in the Caribbean to parts of Eastern Indonesia and I can weep at the state of most Caribbean reefs.

As for bleaching we have seen reef in terrible condition recover completely in twelve years. The bleaching phenomena takes place all over the world and for the most part reef recovers. You give nature one centimeter and she will return ten kilometers.

You have filmed documentaries around the world and on many exotic islands. We often hear that these islands – like the Maldives or Vanuatu – will disappear as a result of sea level rise and these populations ultimately will have to move as climate refugees. What have you personally noticed of such threats?
Personally I haven’t seen much evidence of Sea Level rise although it is entirely natural for the sea to rise after the last glaciation and the Little Ice age. I have on many occasions dived down 120 meters to beautiful beaches that would have been enjoyed by anyone living there during the peak of the last Ice age. I have also filmed fossil oysters embedded in the strata along the Argentine coast 5 or 6 meters above the present sea level.

As for the islands they, for the most part are actually growing, at least in the Pacific and the Maldives where they are building 5 new airfields upon the islands so they do not appear to be terribly worried. 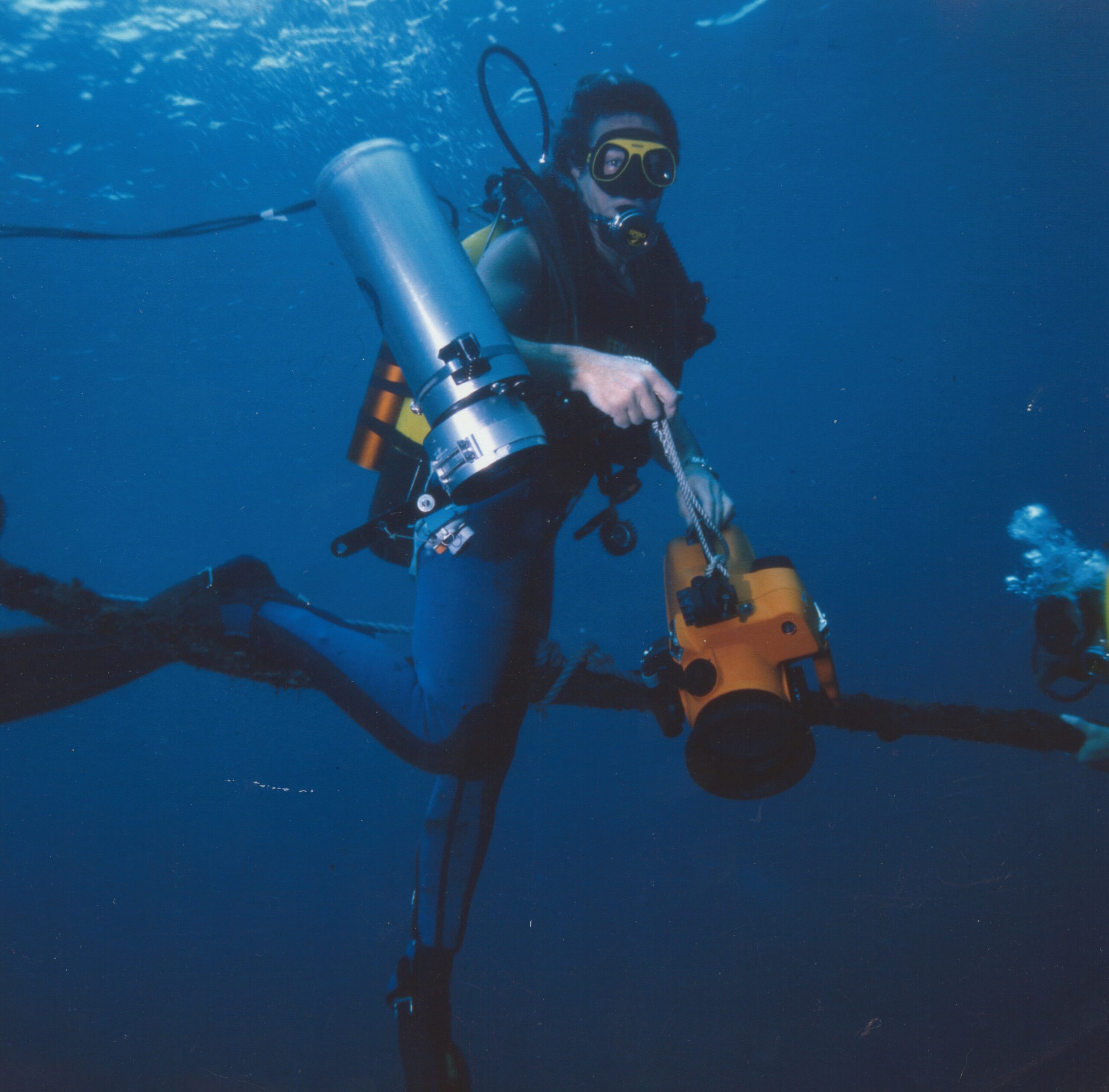 Menuhin on decompression with cameras

You are chairman of the Hans Hass Award for excellence and contributions to man’s understanding of the oceans. What kind of people win that award and can you tell us something about their contributions?
James Cameron, Sylvia Earle, Wei Cheng Cui of Chinese Deep submergence fame would be three who have won the Hans Hass Award. In every case they are people who have made major contributions to man’s knowledge and understanding of the sea.

You have met many ocean scientists during your impressive career. It is sometimes said that geologists have a more sceptical view on climate change because they are aware of the huge changes in the past. Is there a general view of ocean scientists as well on climate change?
Some Ocean Scientists are actively involved in promoting AGW and this concerns me as it makes me think that perhaps I am wrong, or rather the scientists in whom I believe, are wrong. It leaves a niggling doubt. On the other hand ocean science has become a huge money spinner when it comes to AGW, grants and promotions abound with the absolute opposite if a scientists questions the meme. So I am left questioning just what terrible damage the entire edifice of now, existential global warming is doing to true science.

Is climate change a big issue in your country and how do you notice this?
Climate change is a huge issue everywhere and has infiltrated all walks of life spread by an unquestioning press and TV.

How would climate policy ideally look like in your view?
What is the use of destroying economies, destroying the middle class with onerous taxation and impoverishing people all over the world when we have time to find solutions to the gradual warming. I would push for alternate fuels and nuclear energy that I fear is being demonized by those gaining trillions in the ‘renewable’ area. Modular nuclear and then eventually fusion.

For now Adaptation is the key and meanwhile I would exploit and expand fossil fuel drilling as well as fracking. This and this alone, at this point in time is the only way we can emerge from huge debt, provide jobs, pay for education and health and give hope for the future for the young. It allows us to develop and discover new energy sources that will provide cheap energy -always the source of economic evolution- 24/7365. I fear wind and solar are not really the answer. But I have complete faith in humankind’s ability to innovate, to find any solution when it becomes necessary.

What is your motivation to sign the Clintel World Climate Declaration?
I realise that it is important to try, even as a relatively uneducated individual, to bring, in my own way as an observer of the natural world, science back on track and Clintel appears to me to be a way that assembles multi-voices from multi-sources to bare upon this question.

Today we are in the process of dismantling our economies for no real gain. I think it has been established that existential warming is not going to happen and what will happen is within the ability of humankind to adapt to but this adaptation as well as our economies, jobs, living standards, rebuilding our nations after Covid and the energy disaster, will take a huge amount of energy and that energy can only come from hydrocarbons for at least the next 80 years. We have time to learn to adapt and create reliable energy sources that function 24/7/365 at a low cost, so let us use it and I believe that Clintel is a voice that can help make that happen.