Models reconsidered: There is no climate emergency 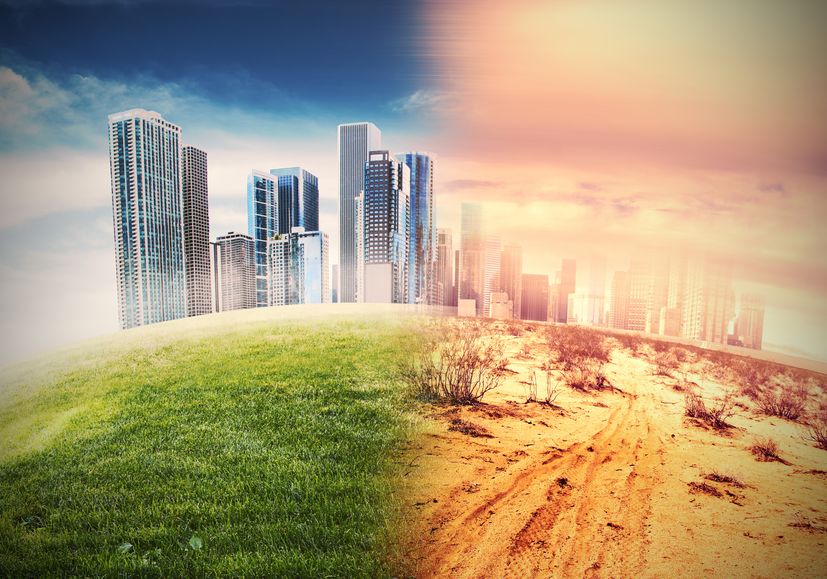 If you look carefully it turns out that the apocalyptic Climate Emergency narrative is an empty shell. Just what the looming catastrophe looks like is never explained. As the saying goes, there is no there, there. But there is a good reason for this carefully crafted silence, namely there is no plausible scenario whereby global catastrophe comes from global warming.

As the CLINTEL Manifesto points out, the emergency narrative is based on runaway computer models. As we know from video games, computer modelers can make their models do anything they want them to. The modelers are like fiction writers in this regard. Look at the past 150 years. The global temperature rose about 1 degree C, but the social and economic progress was spectacular. The global poverty was never as low as today. So, what is the problem?

The CLINTEL World Climate Declaration explains it this way: “Climate models systematically exaggerate future global warming (output of IPPC’s Working Group 1) and, based on this exaggeration, IPCC’s Working Group 2 forecasts that natural disasters will increase. However, when we look at reality, the true statistics of natural disasters show a very different picture. There is no evidence that global warming is intensifying hurricanes, floods, droughts and suchlike, or making them more frequent. On the contrary, in the past 100 years there has been a sharp decrease in climate-related deaths.”

When it comes to damages from this wrongly predicted global warming, the modelers have shown that their entirely speculative models can be pushed to do truly outlandish things. So called “tipping points” are especially prominent here. There is no empirical evidence that these imaginary tipping points actually exist.

The IPCC’s Working Group 1 is the primary source of the misguided climate emergency uprising, which has come on suddenly. Their October 2018 “Special Report on Global Warming of 1.5 degrees C” (SR15) is consistently cited by those proclaiming an emergency. However, this report is based entirely on computer modeling which we know shows too much warming from fossil fuel emissions.

There are two reasons why SR15 exaggerates global warming. First, the models they use are far too sensitive to the slowly increasing atmospheric CO2 levels. Second, they use an incredibly unrealistic scenario for future CO2 emissions. As a result SR15 calls for a completely unsustainable reduction in CO2 emissions, which is the essence of the supposed emergency.

SR15 tells us that if we would go above 1.5 degree C global warming, climate-driven disasters will increase. So the message is: stay below this limit! Next we see that the completely unrealistic scenario RP 8.5 is declared as “business as usual’, meaning that if we do nothing we will go far above the safe limit of 1.5 and reach a global warming of about 5 degree C. So their message is: it is one minute to twelve. There is no time to loose for drastic mitigation measures.

The CLINTEL Manifesto puts it succinctly: “Looking at today’s panic, the mitigation target – 50% reduction of CO2 in 2030 – is unrealistic and irresponsible. It involves a hasty rebuilding of the entire energy system with unproven technologies. However, prosperity requires plentiful low-cost, reliable energy. Today’s mitigation policy means abandoning our proven low-cost energy system within a very short period. Poorly performing energy systems will inevitably lead to economic decline and increased poverty: “Back to the past”. Is mitigation not an immoral climate policy? Is climate adaptation not the fundament of development-aid?” The latter is an important message to the World Bank leaders.

Now the climate panic has gotten completely out of hand, going far beyond SR15 with proposals calling for even zero CO2 emissions in just ten years. This sort of drastic action would be unbelievably destructive for mankind if it were actually attempted. Calling for drastic immediate actions that far exceed the IPCC means there is no scientific support. The IPCC is unrealistic but these “action now” proposals like the Green New Deal are truly preposterous. The ‘action now people’ claim that the science is behind them and refer to SR15. The only sense in which the science is behind them is that they have left it far behind, so far it can’t even be seen.

In conclusion, there simply is no climate emergency. As the CLINTEL Manifesto explains, this is purely a computer driven fiction to scare the public. Even worse, they also try to frighten our children and grandchildren with their apocalyptic message. Model makers are running the climate show, which has now become a full scale panic.

The sensible policy is to pursue adaptation to climate change, whatever its form or cause. We cannot hastily restructure the physical foundations of our society from the ground up. But, even more important, why do it if is there no reason to do so.

This is the third article in a four parts series that David is writing for CLINTEL.