Since 2018 we (Marcel Crok and three colleagues are investigating the homogenization of daily temperatures by KNMI. This homogenization – introduced in 2016 – had the result of removing a lot of tropical days (days with T > 30 degrees Celsius) and heatwaves in the period 1901-1950.

We published about this in a lengthy Dutch report in 2019. That report was ignored by KNMI and the media. We just went on and tried to publish it in a peer reviewed Journal. At the first Journal it was rejected after review. We revised and improved the paper and submitted it to another Journal. We had to wait almost 1.5 years but this week it has been published.

We hope you enjoy the paper. We made it open access which is quite costly nowadays (2200 euros). If you like our work we would welcome your donation. You could also become Friend of Clintel.
Below you find our press release with a link to the paper.

KNMI temperature corrections give a distorted picture of climate change in the Netherlands, especially for very warm days and heat waves

The KNMI has removed too many tropical days from the period 1901-1950. This is the opinion of four Dutch researchers in a paper published today in the scientific journal Theoretical and Applied Climatology. The error arose because KNMI used only one station to correct De Bilt. The paper shows that the corrections become more reliable when using more stations and a longer comparison period.

In 2016, the KNMI corrected all daily measured temperatures at the KNMI main stations (Groningen/Eelde, Maastricht/Beek, Vlissingen, Den Helder/De Kooy and De Bilt) for the period 1901-1950. This was necessary because of station relocations and adjustments to the measurement set-ups. At four stations, measurements in an overlap period were used to make the corrections. No such measurements were available for De Bilt, so it was decided to correct De Bilt using the Eelde station, which lies 150 kilometers northeast of De Bilt. For the period 1901-1950, this drastically reduced the De Bilt tropical days—days exceeding 30 degrees Celsius—from 164 to 76. As a result, many heat waves also disappeared from the records.

A group of independent researchers, partly funded by the CLINTEL Foundation, tried to reproduce the temperature corrections for De Bilt in 2019 and they concluded in a voluminous report (in Dutch) that there had to be a significant over-correction of the number of tropical days. They have now repeated their analyses using the same data and with similar statistical analyses as the KNMI used. Their findings were published this week in the scientific journal Theoretical and Applied Climatology.

Outlier
In Figure 2 of the paper it can be seen clearly that De Bilt has become an outlier because of the KNMI’s corrections: 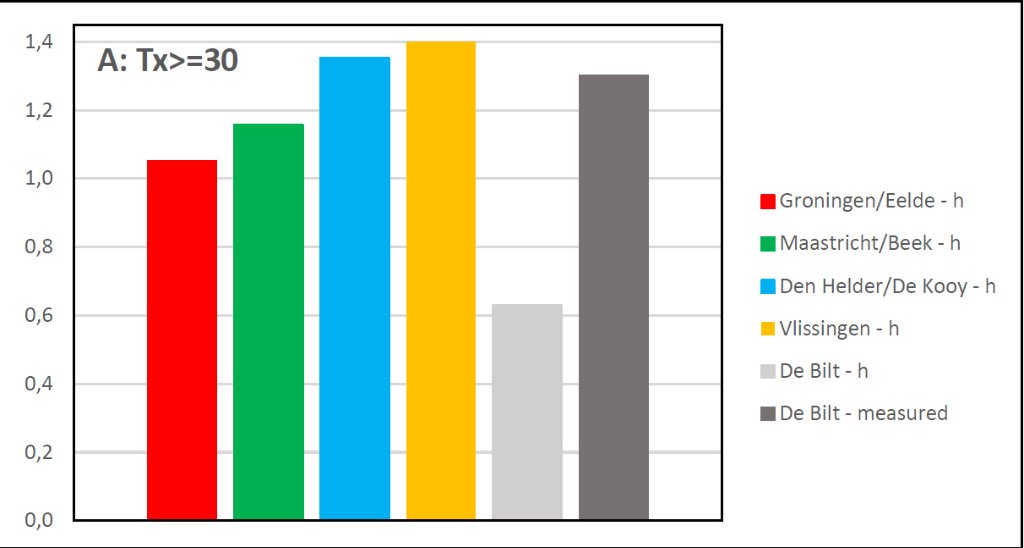 Figure 2 from the paper: ratio of tropical days 1906-1949 compared to 1952-1995 at the five main stations after the KNMI corrections. In dark gray the original measurements of the KNMI, in light gray De Bilt after the corrections of the KNMI.

Sensitivity
The researchers examined the effect of a number of choices made by KNMI during the statistical procedure. These include the choice of reference stations, the length of temperature series, the calculation of the statistical distribution of the highest daily temperatures per month and the way in which outliers in the data are smoothed out. This shows that almost all choices made by KNMI lead to a greater decrease in the number of tropical days before 1950. Figure 3 of the paper illustrates the problem: 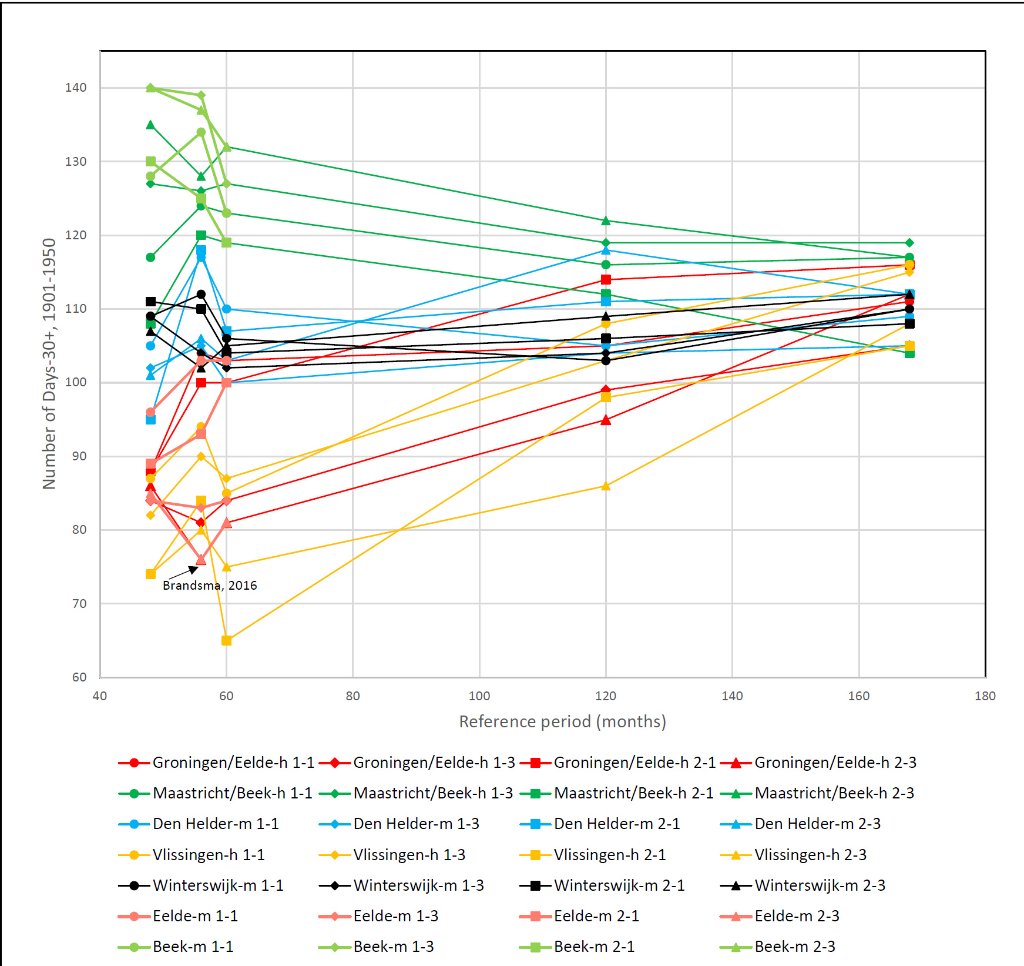 Figure 3 from the paper: number of tropical days after correction based on 116 variants. KNMI only showed the outcome labelled Brandsma, 2016 in the figure.

The y-axis shows the number of tropical days remaining in De Bilt after the temperature corrections. There were originally 164. It can be clearly seen that the choice made by KNMI (Brandsma, 2016 in the figure, leading to 76 tropical days) is at the lower end of the range of the 116 variants considered by the researchers.

By using longer comparison periods, the method does converge towards a narrower range, from 104-119 with a median of 113. This is considerably higher than the 76 according to the KNMI. The researchers are not saying that this number is therefore the correct number. This is merely what you would get if you applied the method used by KNMI more closely.

It is remarkable that the various choices to be made are not described in the KNMI technical report on temperature corrections. Thus, KNMI has not shown how sensitive the results are to the assumptions made.

Properly performed corrections of the daily temperatures at De Bilt are important for, among other things, assessing climate change in the Netherlands. With the applied correction on the daytime temperatures of De Bilt in the first half of the last century, this is not possible. An alternative could be to leave the historical data unchanged and derive climate trends from the individual data of all stations.

About CLINTEL
The Climate Intelligence Foundation (CLINTEL) was founded in March 2019 by Emeritus Professor of Geophysics Guus Berkhout and science journalist Marcel Crok. Since then, CLINTEL has rapidly grown into a global organization in 36 countries with 23 ambassadors. CLINTEL wants to engage in a fundamental discussion with leading scientific organizations on energy and climate.

The shortest summary of CLINTEL’s vision is the World Climate Declaration with the message “there is no climate crisis”. This declaration has now been signed by over 950 scientists and experts.

The number of signees of the CLINTEL World Climate Declaration (WCD) keeps growing. There are now more than 950 signees from 37 countries.