The graph IPCC doesn’t want you to see 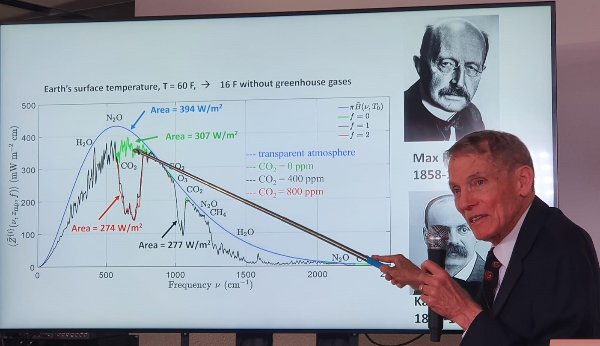 William Happer, one of the most well-known climate optimists/realists in the world, recently visited The Netherlands, on the invitation of CLINTEL. Happer is a physicist, professor emeritus at Princeton University, former (climate) advisor in the Trump Administration and founder of the US thinktank the CO2 Coalition.

CLINTEL co-founder Marcel Crok conducted an important interview with Happer (very short introduction in Dutch and the rest in English). In the interview Happer states that climate policy is essentially “a reverse Robin Hood strategy”: stealing from the poor and giving it to the rich. He also expands on a particular graph you will not find in any IPCC report. The reason is that the graph shows that even doubling CO2 has a minimal effect on the atmosphere of the Earth. Introduction to the interview here. 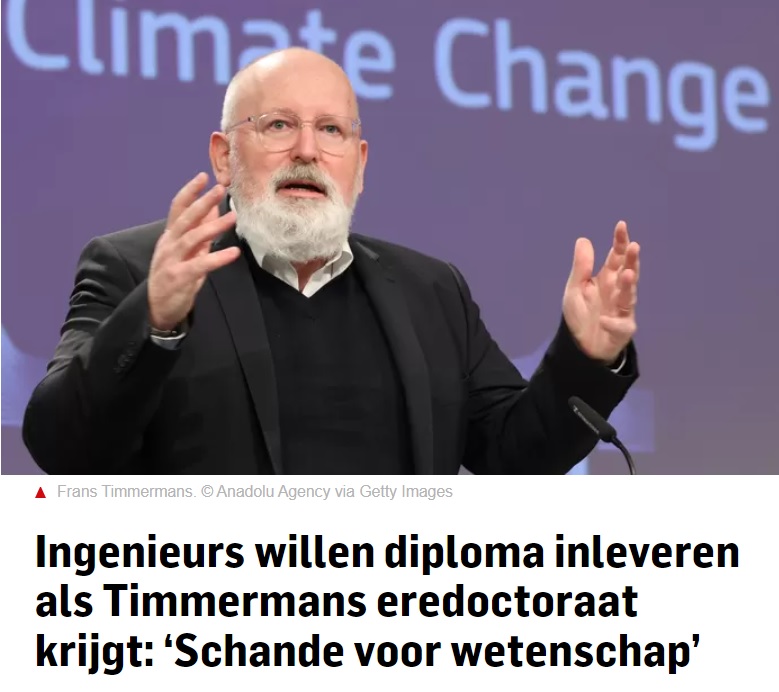 Yesterday Delft University of Technology awarded an honorary doctorate to Dutch European Commissioner and ‘Green Deal Chief’ Frans Timmermans for his “achievements in the field of the energy transition”. The announcement for this award was met with strong opposition in The Netherlands among TU Delft alumni. An online petition against the honorary doctorate is rapidly gaining signees. After a national newspaper and the national public broadcaster NOS paid attention to the petition, the number of signees rose rapidly and now stands at 23.000.

Also, Guus Berkhout, president of CLINTEL, emeritus professor at Delft University of Technology and former member of the Executive Board of the university, sent an open letter to the current Rector Magnificus, professor Tim van der Hagen. 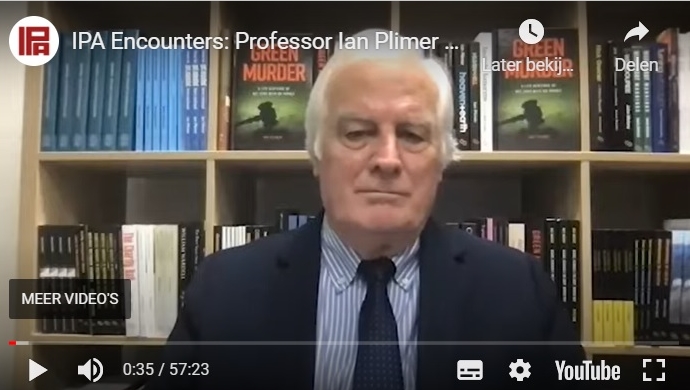 In his new book Green Murder, Australian professor Ian Plimer and CLINTEL ambassador in Australia, metaphorically charges the ‘Greens’ with murder: “They murder humans who are kept in eternal poverty without coal-fired electricity. They support slavery and early deaths of black child miners. They murder forests and their wildlife by clear felling for wind turbines. They murder forests and wildlife with their bushfire policies. They murder economies producing unemployment, hopelessness, collapse of communities, disrupted social cohesion and suicide. They murder free speech and freedoms and their takeover of the education system has ended up in the murdering of the intellectual and economic future of young people. They terrify children into mental illness with their apocalyptic death cult lies and exaggerations. They try to divide a nation. They are hypocrites and such angry ignorant people should never touch other people’s money.”

Read the full article about the book Green Murder and watch a one hour interview with Plimer: here

The number of signees of the CLINTEL World Climate Declaration (WCD) keeps growing. There are now more than 970 signees from 37 countries.

A notable new signer is Dennis E. Hedke, Lifetime Career in Earth Sciences, Consulting Geophysicist; in 2018 Hedke was co-presenter of the testimony on Sea Level Rise before the Committee on Environmental protection of the New York City Council.