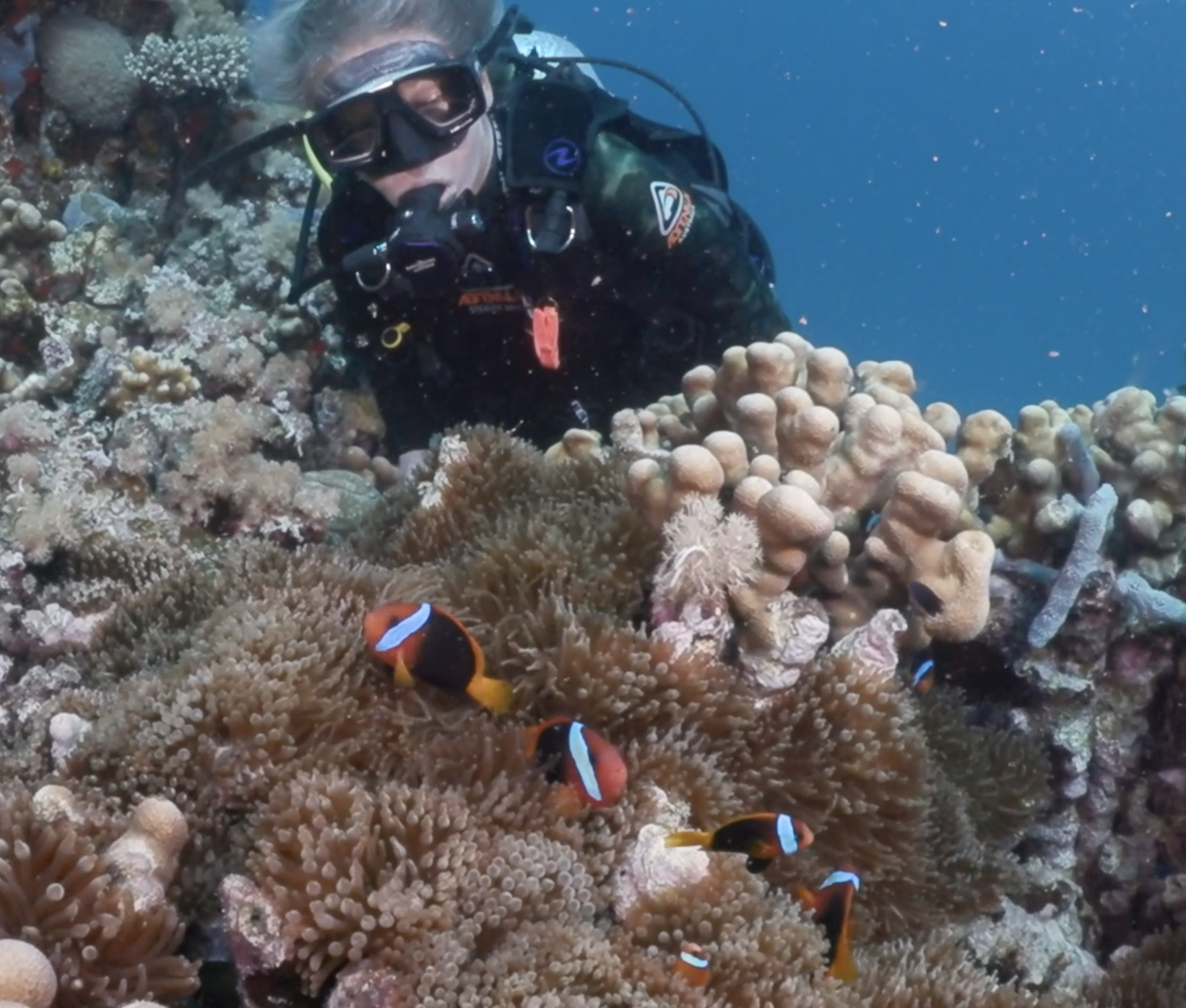 This week the Federal Court appeal hearing took place for the case of Peter Ridd, Australian scientist, who was fired by his university after he had criticized Great Barrier Reef science. Australian scientist and journalist Jennifer Marohasy is following the case closely and reports about the latest chapter in this sad saga.

To be truly curious we must confess our ignorance. The person who knows everything would have no reason to question, no need to experiment. If they went in search of evidence, it could only be to confirm what they already knew to be true. Knowledge then would be something that conferred prestige, rather than something to be built upon.

It was because of Peter Ridd that I had to know if all the coral reefs off Bowen were dead, or not. I went looking for mud flats with a Gloucester Island backdrop after the first judgement was handed down, that was back last April 2019.

Of course, Peter was cleared by Judge Vasta in the Federal Court of all the misconduct charges that had resulted in his sacking. Yet the University appealed, and that appeal was heard this last week.

The university appealed because the modern Australian university can’t let a comprehensive win by a dissident professor go unchallenged. The modern university is all about prestige, and they probably thought that eventually Peter would run out of money, the money needed to defend himself in the courts. But they don’t know Peter, or the team backing him.

Yesterday Peter thanked both the Union and also the Institute of Public Affairs (IPA) for their support.

The Federal Court appeal hearing is over, and the lawyers have done their work. We now wait, possibly for some months, for the three judges to make the decision. In essence the appeal was about defining the limits of academic freedom, and what a university scientist can say, and how he or she might be allowed to say it.

For example, was I allowed to say that due to systemic lack of quality assurance, scientific results from Great Barrier Reef science institutions was untrustworthy?

JCU said I was not, [not] even if I believed it to be true.
I am certainly not ashamed of anything I said, how I said it, or of my motivation.

Irrespective of the outcome of the appeal, I can now focus on other matters.

First, I will work tirelessly to raise the problem of hopeless quality assurance of the science of the GBR, including the effect of climate change on the reef. I am hoping that the Senate Inquiry will come out of Covid hibernation soon. I will also be pushing AIMS to release their missing 15 years of coral growth data, and JCU to release its buried report on possible fraud at its coral reef centre. It is shameful the contempt with which these institutions treat the people of the region.

Second, I will work with those agricultural organisations that show a determination to fight, which is sadly far from all of them, to demonstrate that the recent unfair regulations on Queensland farmers are based on shoddy science.

Third: I will work to encourage governments at both state and federal level to force universities to behave like genuine universities and not the glossy public relations companies that they have become. Governments must mandate the introduction of genuine and enforceable guidelines on academic freedom such as those outlined in the Commonwealth governments (unimplemented) review by ex-High Court judge, Robert French.

My IPA colleague Gideon Rozner has an important article in today’s The Australian newspaper that provides much more context. The piece includes comment that:

The Ridd case has resonated around Australia — and has attracted significant attention worldwide — for good reason. It confirms what many people have suspected for a long time: Australia’s universities are no longer institutions encouraging the rigorous exercise of intellectual freedom and the scientific method in pursuit of truth. Instead, they are now corporatist bureaucracies that rigidly enforce an unquestioning orthodoxy and are capable of hounding out anyone who strays outside their rigid groupthink.

JCU is attempting to severely limit the intellectual freedom of a professor working at the university to question the quality of scientific research conducted by other academics at the institution. In other words, JCU is trying to curtail a critical function that goes to the core mission of universities: to engage in free intellectual inquiry via free and open, if often robust, debate. It is an absurd but inevitable consequence of universities seeking taxpayer-funded research grants, not truth.

Worse still, it is taxpayers who are funding JCU’s court case. Following a Freedom of Information request by the Institute of Public Affairs, the university was forced to reveal that up until July last year, it had already spent $630,000 in legal fees. It would be safe to assume that university’s legal costs would have at least doubled since that time. The barrister who JCU employed in the Federal Court this week was Bret Walker SC, one of Australia’s most eminent lawyers. Barristers of his standing can command fees of $20,000 to $30,000 a day. And all of this is happening at the same time as the vice-chancellor of the university, Sandra Harding — who earns at least $975,000 a year — complains about the impact of government funding cuts.

While Australian taxpayers are funding the university’s efforts to shut down freedom of speech, Ridd’s legal costs are paid for by him, his wife and voluntary donations from the public. As yet, neither the federal nor the Queensland Education Minister has publicly commented on whether JCU is appropriately spending taxpayers’ money and, so far, both have refused to intervene in the case.

Gideon Rozner is tireless, and has also put together a fascinating 3-part podcast providing background into Peter Ridd’s fight for academic freedom. He interviewed me for this series.

The saga will continue for the next few years, whatever the judges decide. As will my interest in all things to do with the Great Barrier Reef.

I intend to be back SCUBA diving as soon as the restrictions on travel have lifted and I have finished editing a really important new book Climate Change: The Facts 2020. I’m so privileged, as part of this, to be working with some great scientists. Peter Ridd has a chapter in the book on tropical convection as the heat engine for atmospheric circulation. There are also chapters by Roy Spencer, Richard Lindzen, Valentina Zharkova, and quite a few others. There will be 22 chapters, as there were in the last book in this series.

After the book launch, I hope to be launching a full-length documentary film from my trip to the coral reefs beyond the mud flats. The Ribbon reefs are right out on the edge of Australia’s continental shelf. I spent one week diving with the most committed and experienced underwater photographer, back in January 2020.

I learnt so much, especially about coral bleaching and also clown anemone fish. I got to swim with sharks. We have footage of reef sharks and red bass fish (Lutjanus bohar) chasing about one night at a coral garden. We also have footage of a 4,000 year old coral colony known as The Monolith. This massive living home to so many fish was badly bleached in 2016, but had fully recovered by January 2020.

Thank you for your patience. And thank you for your continuing support including for Peter Ridd against prestige. And, also, so that we can all keep asking the important questions. I still have so much to find out about the great diversity of corals and the colourful fish at the magnificient Great Barrier Reef. What I do know is that they persist as reef communities, despite the odds.

The feature image at the top of this post shows me, underwater, with some clown anemone fish back in January at the Ribbons. We found eight different species in a range of habitat types including on an exposed underwater cliff that dropped 2,000 metres to the sea floor.