Ross McKitrick, the Canadian economics professor who publishes regularly in climate journals, gave an online talk for the Irish Climate Science Forum and the international CLINTEL Foundation (of which I am the cofounder). I have some sort of special bond with both McKitrick and McIntyre, because back in 2004, when I was an editor for a Dutch monthly science magazine, my editor in chief told me I had to write an article about a socalled hockey stick graph. I had never written about climate change and so was completely blank. Two months later (and a lot of research), on the day that McIntyre and McKitrick published their critique on the hockey stick in GRL, my article about this saga came out (both in Dutch and in English). It was my entree in the climate debate and thanks mainly to the (lack of) response to this critique of M&M I became intrigued by the climate discussion, quit my job and started working fulltime on the climate issue. And I am still stuck in it.

So I have followed the work of McKitrick pretty closely throughout the years. He has the wonderful gift to be able to do both deep scientific and technical/mathematical work and get this published in high profile scientific journals (often after long battles with reviewers) and at the same time can write essays and op-eds (mainly for the Financial Post in Canada) that are easy to understand for anyone. In presentations he sounds somewhat unemotional but everything he says is well-thought-out.

So let’s talk about his presentation (a 45 minutes recording of the talk is available here) which was not about the physical climate science debat this time but about climate policy: “Climate Policy – When Emotion Meets Reality”. The key question in the talk was: why is it so difficult to do something against CO2? McKitrick provided the answers in this slide: 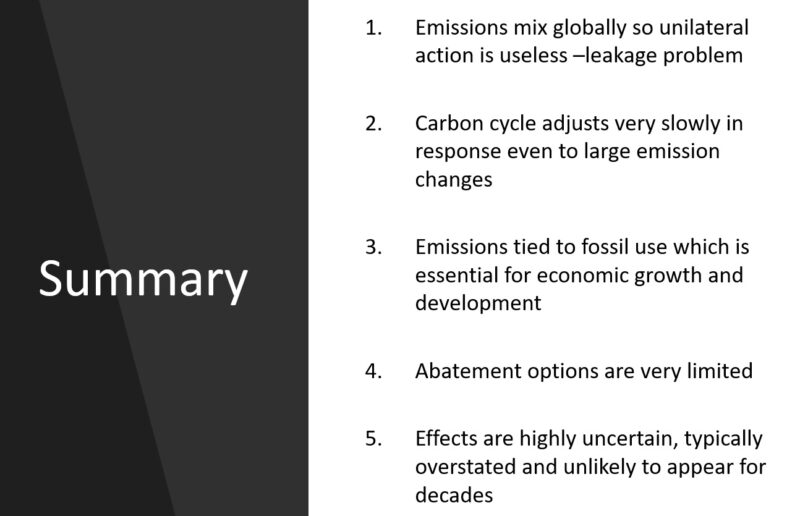 These six points were each discussed in more detail during the talk. I will just focus on a few remarks that draw my attention. The most important one for me was point 3: “Emissions tied to fossil use which is essential for economic growth and development.” McKitrick explained that under socalled worst case scenarios people tend to focus on the climate effects only. They forget to look at the economic side of this scenario and that paints a spectacular view. Under this scenario people in developing countries will be 70 times (!) richer around 2100 and will have on average a yearly income of 70.000$. That is they will be considerably richer than we are right now. What this means is that by that time every development problem known to humanity will be solved. Mckitrick joked that the main job loss at the time will be in the foreign aid sector.

The question then of course is how catastrophic the climate consequences will be under this scenario. McKitrick then started to show some of his own work about the long track record of overestimation of both trends in CO2 and trends in temperature forecasts. As the the latter are well-known to most readers, let’s for this moment focus on the former. McKitrick showed this graph:

As you can see the real CO2 concentration in the atmosphere ‘hugs’ the bottom end of the forecast range (after decades of forecasts). McKitrick added this will again be the case in the upcoming AR6 report. He also showed the overestimation of temperature trends.

He then moved on to the cost of abatement (reduction), first emphasizing that people often have a wrong impression of the potential of abatement: 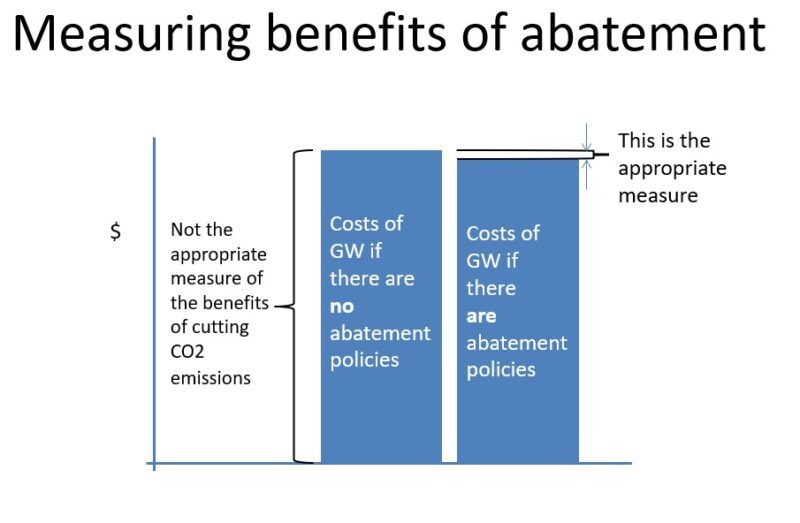 People tend to believe that all costs related to global warming can be avoided (the left blue bar) if only we stopped emitting CO2. However this isn’t the case. After decades of research and measurements and after a steady rise in CO2 no trends are visible in for example hurricanes and flooding (two extremes that McKitrick mentioned). So damage due to such events will happen, even (or also) after abatement. The potential benefit of climate policy is therefore much smaller (the small white box at the top of the right blue bar).

And it gets better and better. McKitrick with colleagues published two very interesting papers in 2017 and 2019 about the socalled Social Cost of Carbon, which reflects the extra cost for society of emitting one extra ton of CO2. In the 2017 paper they used empirically constrained estimates for climate sensitivity (adapted from a paper by Nic Lewis and Judith Curry) instead of much higher model based estimates. The effect on the Social Cost of Carbon was this: 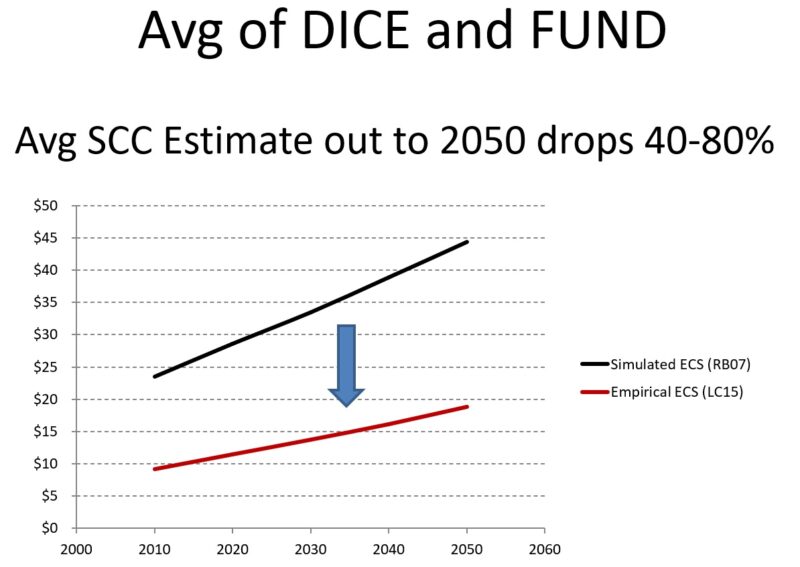 In the second paper in 2019 they added on top of this the additional benefits of CO2 for agriculture. The Social Cost of Carbon then more or less drops to zero or even negative values depending on the discount rate used. What does this all mean? McKitrick: “The CO2 benefits greatly outweigh the climate costs.”

With uncertain climate effects, very costly abatement policies (applies both for Kyoto and Paris), overestimation of both the CO2 and temperature trends, low to zero estimates for the Social Cost of Carbon (if you use observational estimates for climate sensitivity and take into account the benefits of higher CO2 levels for agriculture), there is only one conclusion possible: “We are on pretty safe ground to prioritize economic growth over very ambitious climate policies”. 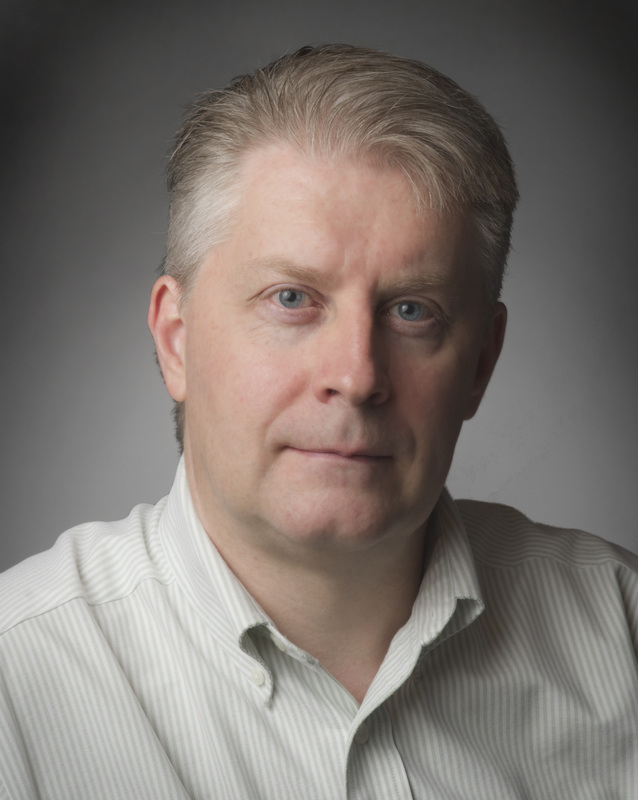