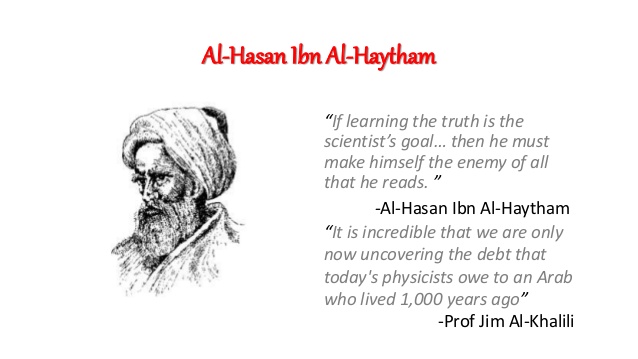 The Climate Intelligence Group (CLINTEL) is an international scientific society representing almost 1000 scientists and engineers in climate and related fields. As CLINTEL’s President, I am writing to you to invite the Institution of Chemical Engineers to seriously consider a redraft in toto of its “position statement on climate change”.

With all respect, the Institution’s draft statement on climate change is an unquestioning ‘me-too’ statement, political in character and lacking in scientific argument, justification or rationale. The document is unworthy of your prestigious Institution. Uniformed ‘me-too’ climate statements do not bring us closer to thermodynamic reality.

For your advice, the redrafted statement should begin by recognizing that for reasons of political expediency, social convenience and, above all, financial profit, there is a strong temptation for science and engineering societies to issue ‘me-too’ statements reflecting the imagined ‘consensus’ line on the climate change and energy transition question. But science and technology advance only by overthrowing mere ‘consensus’. In any event, on climate no such ‘consensus’ exists among the scientific community. A growing body of eminent scientists, writing in the learned journals, raise serious scientific questions about the official position on climate change. And science is not true science if it adopts official positions.”

I attach a reference to CLINTEL’s own position statement on climate change as well as independent scientific research, and should be happy to facilitate discussion with you and your Institution’s members. Clintel’s UK Ambassador, Lord Monckton, joins me in sending you this letter, which CLINTEL is making public.

With all good wishes,

Attached: Quotations about Seeking the Truth

Quotations about seeking the truth

Al-Haytham, the Iraqi-born founder in the East of the scientific method as Thales of Miletus had founded it in the West, wrote during the golden age of Islamic scholarship in 11th-century Egypt:

“The seeker after truth is not one who studies the writings of the ancients and, following his natural disposition, puts his trust in them, but rather the one who suspects his faith in them and questions what he gathers from them, the one who submits to argument and demonstration and not to the stated opinions of human beings, whose nature is fraught with all kinds of imperfection and deficiency. Thus, the duty of the man who investigates the writings of scientists, if learning the truth is his goal, is to make himself an enemy of all that he reads, and, applying his mind to the core and margins of its content, to attack it from every side. He should also suspect himself as he performs his critical examination of it, so that he may avoid falling into either prejudice or leniency.” (Voss, 1985)

The “seeker after truth” – al-Haytham’s beautiful phrase for the scientist – places no faith in any mere ideological consensus, however venerable or widespread, but applies his hard-won scientific knowledge to check and check again. Al-Haytham wrote:

“The road to the truth is long and hard, but that is the road we must follow.”

In the classical understanding, then, the scientific method is a moral process whose end and object is the absolute truth. If there were no such thing as objective truth, there would be no such thing as science. For without objectivity there is naught but apriorism, the adoption a priori (often for narrowly ideological reasons) of propositions whose objective truth has not previously been demonstrated with sufficient rigor, if at all.

To falsify an alternative hypothesis, the corresponding null hypothesis that the occurrence of a given observable event is random is scrutinized. Accordingly, the Institution has no place making any enthusiastic endorsement of a imagined “consensus” position on any scientific question such as the future extent, influence and cost of global warming.

In Karl Popper’s words, in his masterwork Logik der Forschung –

The summation of the scientific method attributed to Einstein is also apropos:

“No amount of experimentation can ever prove me right. A single experiment can prove me wrong.”

“The improver of natural knowledge absolutely refuses to acknowledge authority, as such. For him, scepticism is the highest of duties: blind faith the one unpardonable sin. And it cannot be otherwise, for every great advance in natural knowledge has involved the absolute rejection of authority, the cherishing of the keenest scepticism, the annihilation of the spirit of blind faith, and the most ardent votary of science holds his firmest convictions not because the men he most venerates hold them; not because their verity is testified by portents and wonders; but because his experience teaches him that whenever he chooses to bring these convictions into contact with their primary source, Nature – whenever he thinks fit to test them by appealing to experiment and to observation – Nature will confirm them. The man of science has learned to believe in justification not by faith but by verification.” (Huxley, 1866)

“Science is the belief in the ignorance of experts”.

For the deadliest form of appeal to authority is the pre-emptive, aprioristic adoption and enforcement of a consensus line contrived to appear as though it were a legitimate scientific hypothesis.

“Academic leaders should bear in mind that universities ought to be centers of new ideas and delivery rooms of new talent. This requires an inspiring research and teaching environment, where new concepts are welcomed and ample room for experimentation is provided. The filtering out of bad ideas should be done by exposure, argument and observation and not by trying to silence creative minds.”

By CLINTEL Foundation|2020-09-01T14:09:45+02:0024 August 2020|News|Comments Off on Questioning the climate change position statement of the Institute of Chemical Engineers