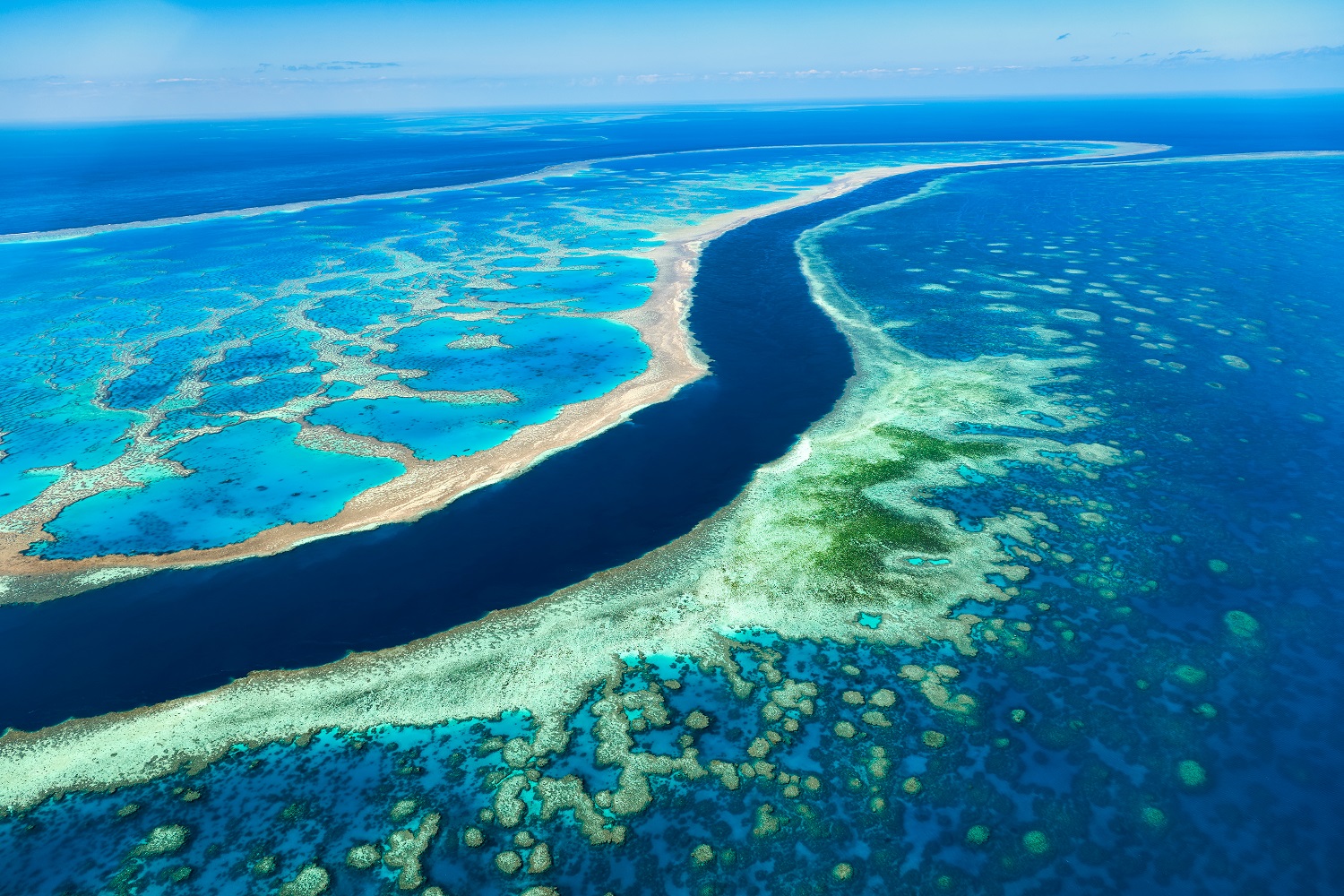 The Dutch public broadcasting company NOS recently reported on the Australian government’s plans to provide additional protection for the Great Barrier Reef by improving water quality, reducing erosion and combating illegal fishing. However, critics find these measures pointless, as climate change, which they believe is the biggest threat to the reef, is not being addressed. Ten years ago, they predicted massive reef deaths from climate change. But hard numbers from 2021 show a different picture: the reef is in great condition.

Doomsday scenarios have been circulating around the Great Barrier Reef (GBR) for years. According to Unesco, the reef is in such a bad state that this beautiful nature reserve should therefore be placed on the list of endangered natural world heritage. In 2012, the scientific journal PNAS also reported that things were looking bad for the GBR: the scientists stated that the reef is in continuous decline and predicted that within ten years the coral would decline to only 5-10% of its original cover as nothing would happen.

Record-high coral cover
But has this doomsday scenario come true and are the statements of the environmental movement and some scientists correct that climate change poses a major threat to the GBR? No, says Peter Ridd, a marine geophysicist who has studied the GBR for over 35 years. According to him, the GBR is in absolutely fabulous condition at the moment. The measures taken by the government are therefore not necessary at all. The water quality is excellent and illegal fishing is also minimal. So, it’s a waste of money.

“Despite coral scientists claiming that catastrophic reef damage has occurred as many as three times in the past five years, among others caused by climate change, we are now seeing record-high coral cover,” he says in a conversation via Zoom. “That damage could never have been as dramatic as they claimed: someone has been exaggerating a lot here, because dramatic damage and already such a spectacular recovery, that is simply not possible.” A long-term monitoring of the reef, conducted by the Australian Institute of Marine Science, shows that the reef was in top condition in 2020-2021. The damage from previous years from cyclones and the infamous coral-eating crown-of-thorns starfish has largely been repaired. According to the institute, coral cover has increased by more than a quarter to almost 40 percent to a record high in 2021 (fig.1). 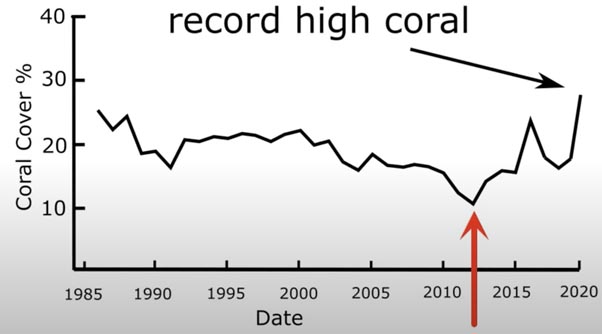 Doomsday scenarios
Ridd points out that the doomsday scenario in PNAS of 2012, when the coral cover showed a clear dip, did not materialize, on the contrary: the reef has shown a strong recovery and the coral cover is now three times higher than in 2012 (fig. 1). The alarmist sounds of some scientists, environmentalists and the media are proving unfounded: the reef is proving to be a robust ecosystem that can quickly recover from damage from weather extremes or starfish. As a possible reason for these doomsday scenarios, Ridd cites the fact that occasionally massive amounts of coral die, for example due to cyclones or an outbreak of the crown-of-thorns starfish. This is then widely reported in the media and for researchers this can mean extra research money. Recovery of the reef usually doesn’t make the headlines. “I don’t think these are intentional lies,” Ridd says. “I think there is an extreme form of groupthink, where everyone imitates each other, and opposition is not tolerated, while in science the opposite should happen.”

To adapt
Ridd does not deny that the waters of the GBR are slowly warming due to climate change. Scientists predict that the water temperature will increase by 1-1.5 degrees in the coming decades. Some even argue that this will mean the end of the GBR and that 98 percent of the coral will die. But according to Ridd, this small temperature increase in the water is not a problem. “The GBR is located in the southern part of the Coral Triangle. The same coral species can be found here as in the northern parts around Papua and Indonesia, but the water there is about 1.5-2 degrees Celsius warmer,” he explains. “I therefore expect that the vast majority of species can easily handle this.” And even if the temperatures turn out to be too high, Ridd thinks the coral can easily adapt. According to him, it is mainly the small, colorful algae with which the coral polyp lives, the zooxanthellae, that are sensitive to possible warming of the water. If they find it too hot and no longer function properly, the polyp will expel them. This results in pale, but no dead coral for the time being. It turns out that under these conditions, the polyp and the zooxanthellae can still adapt over time, allowing the bleached coral to find another algal species to live with, allowing it to recover. “By this adaptive mechanism of bleaching and re-absorbing new algae, the coral has survived varying conditions for millennia,” says Ridd. “As yet there is absolutely no scientific evidence that the reef will not survive a small warming of the sea water. On the contrary: I see the GBR as a robust nature reserve that is extremely resilient to changing conditions, including climate change.”

By CLINTEL Foundation|2022-02-07T08:34:50+01:007 February 2022|Australia, News|Comments Off on Record-high coral cover of the Great Barrier Reef, despite doomsday scenarios of mass deaths