By Matt Ridley – reposted from the Daily Mail

Power mad: Visions of an eco apocalypse have been used to justify a headlong charge to carbon zero for years… but this current crisis is a mere harbinger of the candle-lit future that awaits us if we do not change course, says MATT RIDLEY

Had it not been so exceptionally calm in the run up to this autumn equinox, one could call the energy crisis a perfect storm. Wind farms stand idle for days on end, a fire interrupts a vital cable from France, a combination of post-Covid economic recovery and Russia tightening supply means the gas price has shot through the roof – and so the market price of both home heating and electricity is rocketing.

But the root of the crisis lies in the monomaniacal way in which this government and its recent predecessors have pursued decarbonisation at the expense of other priorities including reliability and affordability of energy.

It is almost tragi-comic that this crisis is happening while Boris Johnson is in New York, futilely trying to persuade an incredulous world to join us in committing eco self-harm by adopting a rigid policy of net zero by 2050 – a target that is almost certainly not achievable without deeply hurting the British economy and the lives of ordinary people, and which will only make the slightest difference to the climate anyway, given that the UK produces a meagre 1 per cent of global emissions.

As for the middle-class Extinction Rebellion poseurs and their road-closing chums from Insult Britain, sorry Insulate Britain, they are basing their apocalyptic predictions of ‘catastrophe’ and billions of deaths on gross exaggerations. 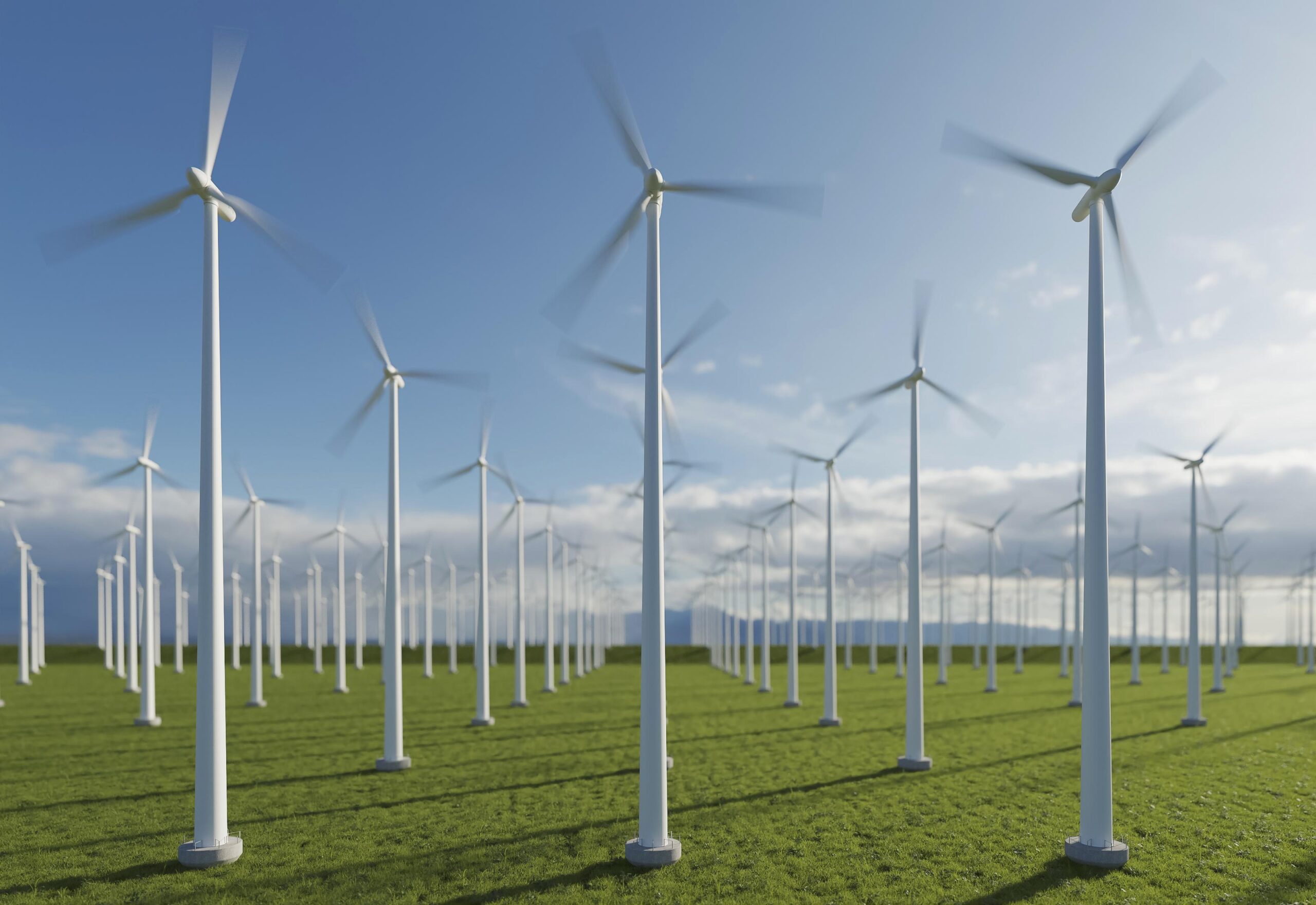 Wind farms stand idle for days on end, a fire interrupts a vital cable from France, a combination of post-Covid economic recovery and Russia tightening supply means the gas price has shot through the roof – and so the market price of both home heating and electricity is rocketing

And while preventing working people earning a livelihood may make them feel good, it does nothing to solve the real problem of climate change.

Yet this crisis is a mere harbinger of the candle-lit future that awaits us if we do not change course.

It comes upon us when we have barely started ripping out our gas boilers to make way for the expensive and inefficient heat pumps the Government is telling us to buy, or building the costly new power stations that will be needed to charge the electric cars we will all soon require.

When David Cameron’s energy bill was being discussed in Parliament in 2013, the word on everybody’s lips was ‘trilemma’: how to ensure that energy was affordable, reliable and low-carbon. Everybody knew then that renewables were unreliable: that wind power fully works less than one-third of the time, and that solar power is unavailable at night (of course) and less efficient on cloudy winter days.

Yet whenever we troublemakers raised this issue, we were told not to worry – it would resolve itself, they said, either because wind is usually blowing somewhere, or through the development of electricity storage in giant battery farms.

This was plain wrong. The task of balancing the grid and maintaining electrical frequency has grown dangerously the more reliant on wind power we have become – as demonstrated by the widespread power cuts of August 2019. The cost of grid management has soared to nearly £2billion a year in the last two decades. 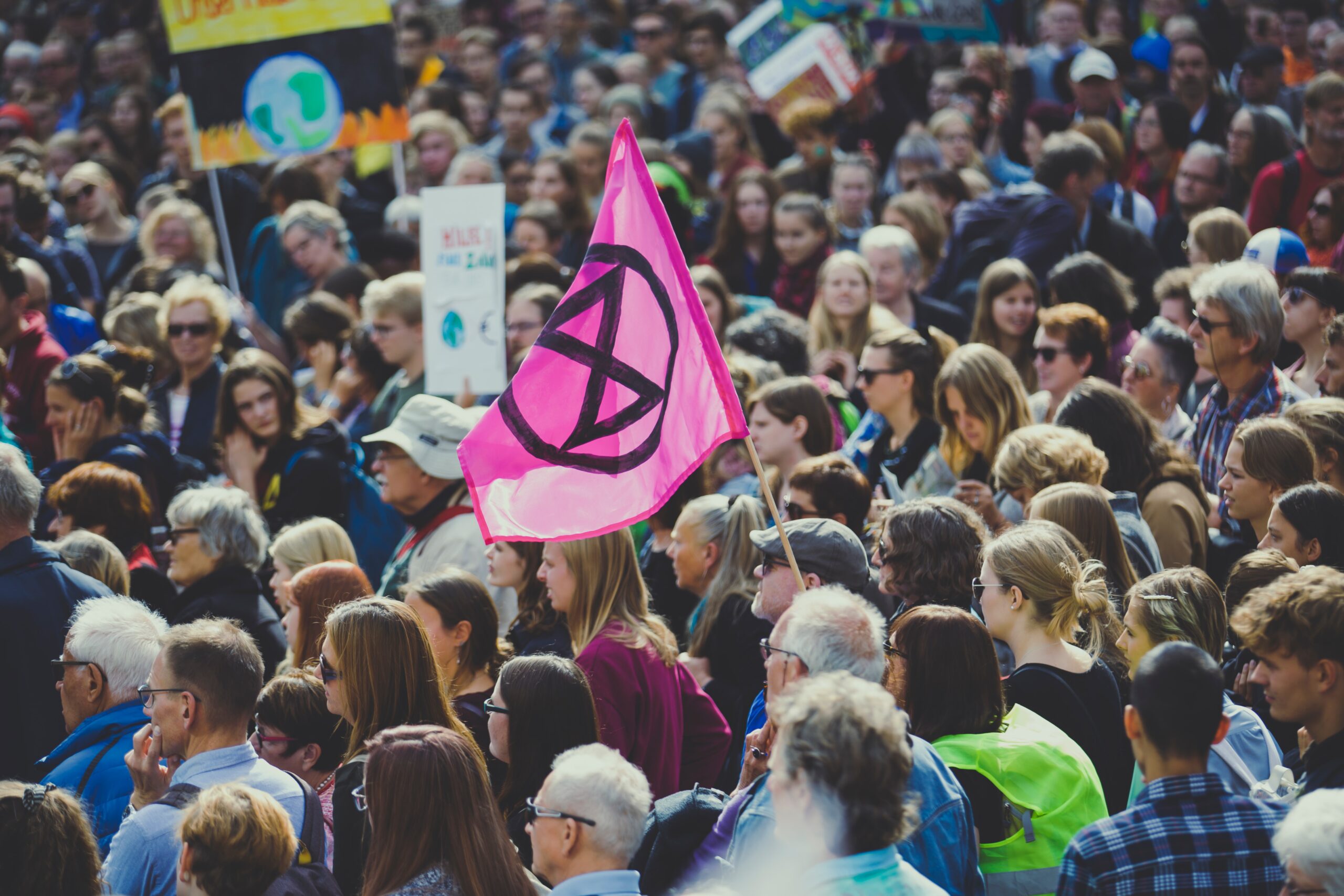 As for the middle-class Extinction Rebellion poseurs and their road-closing chums from Insult Britain, sorry Insulate Britain, they are basing their apocalyptic predictions of ‘catastrophe’ and billions of deaths on gross exaggerations

Wind can indeed be light everywhere and the grid still needs vast extra investment to transfer wind power from northern Scotland to southern England. One of the cables built at huge expense to do just that has failed multiple times and Scottish wind farms are frequently paid extra to switch off because there’s not enough capacity in the cables.

As for batteries,it would take billions of pounds to build ones that could keep the lights on for a few hours let alone a week.

So the only way to make renewables reliable is to back them up, expensively, with some other power source, responding to fluctuations in demand and supply.

Nuclear is no good at that: its operations are slow to start and stop. So, ironically, renewables have only hastened the decline of nuclear power, their even lower-carbon rival (remember it takes 150 tonnes of coal to make a wind turbine).

And in any case, an inflexible approach to regulation has caused the cost of new nuclear to balloon – despite it being perhaps the most obvious solution to our long-term energy needs.

Coal – the cheapest option and the only energy source with low-cost storage in the shape of a big heap of the stuff – was ruled out as too carbon-rich, even though countries such as China are currently building scores of new coal-fired plants.

Unlike those countries, the UK Government has rushed to close its remaining coal power stations – and banned the opening of a opencast coalmine at Highthorn on the Northumberland coast last year, despite it winning the support of the county council, the planning inspector and the courts when the Government appealed.

Ministers decided they would rather throw hundreds of Northern workers out of a job, turn down hundreds of millions of pounds of investment and rely instead – for the five million tonnes of coal per year gap that we still need for industry – on energy imports from those famously reliable partners, Russia and Venezuela.

To add insult to injury, the Government has been handing out hefty subsidies to a coal-fired power station in Yorkshire, Drax, to burn wood instead of coal, imported from American forests, even though burning wood generates more emissions than coal per unit of electricity generated.

The excuse is that trees regrow, so it’s ‘renewable’, which makes zero sense then you think it through (trees take decades to grow – and then we cut them down again anyway).

So that leaves gas with the task of keeping the lights on. 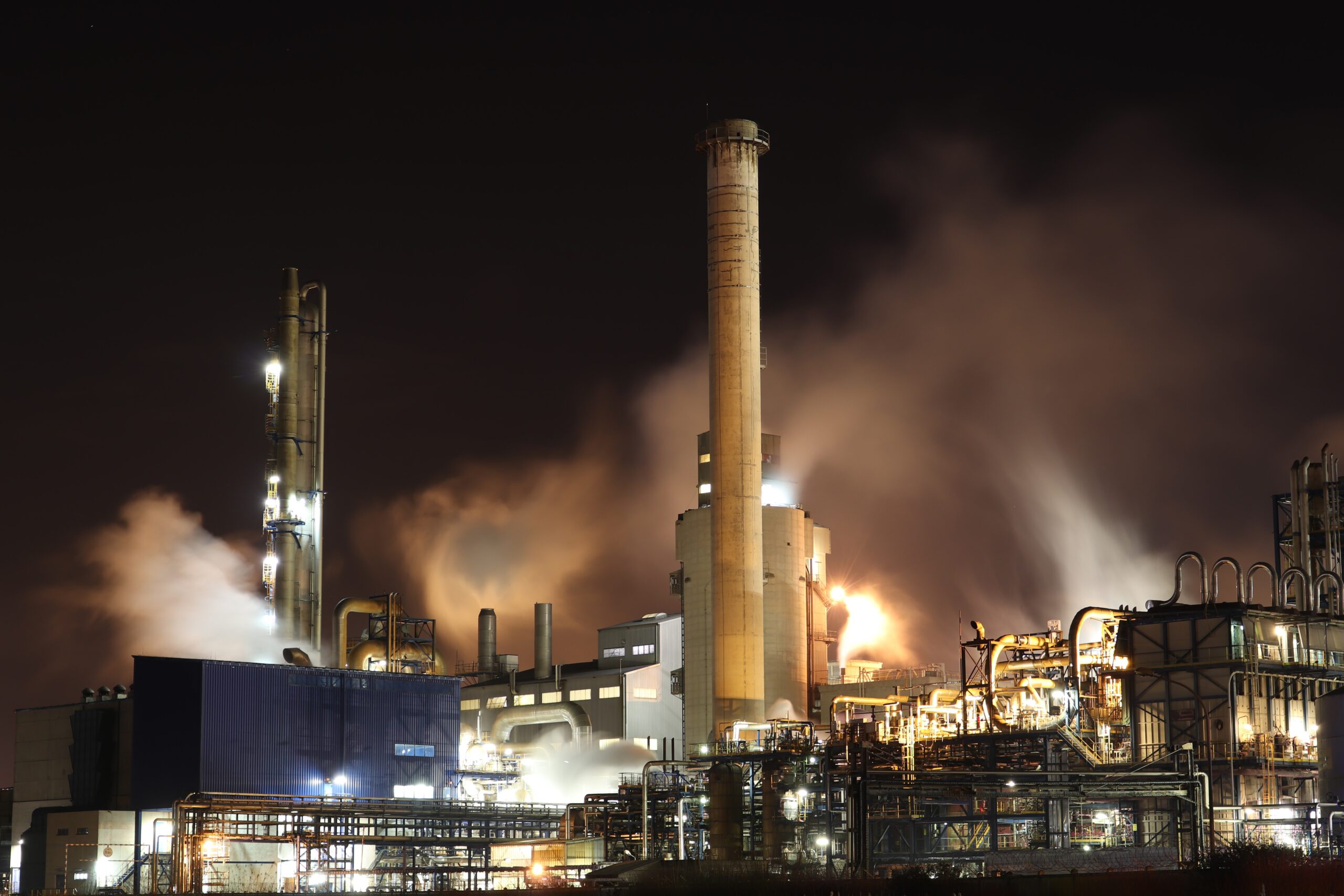 Coal – the cheapest option and the only energy source with low-cost storage in the shape of a big heap of the stuff – was ruled out as too carbon-rich, even though countries such as China are currently building scores of new coal-fired plants

Gas turbines are fairly flexible to switch on and off as wind varies, they’re relatively cheap, highly efficient and much lower in emissions than wood, coal or oil.

But until 2009, the conventional wisdom was that gas was going to run out soon.

Then came the shale gas revolution, pioneered in Texas. A flash in the pan, I was told by energy experts in this country: and ‘could never happen here anyway’. So Britain – whose North Sea gas was running out – watched on in snobbish disdain as America shot back up to become the world’s largest gas producer, with their gas prices one-quarter of ours, resulting in a gold-rush of industry and collapsing emissions as a result of a vast, home-grown supply of reliable, low-carbon energy.

We, meanwhile, decided to kowtow to organisations like Friends of the Earth, which despite being told by the Advertising Standards Authority to withdraw misleading claims about the extraction of shale gas, embarked on a campaign of misinformation, demanding ever more regulatory hurdles from an all-too-willing civil service. Nobody was more delighted than Vladimir Putin, who poured scorn on shale gas in interviews, and poured money into western environmentalists’ campaigns against it. The secretary general of Nato confirmed that Russia ‘engaged actively with so-called non-governmental organisations – environmental organisations working against shale gas – to maintain Europe’s dependence on imported Russian gas’.

By 2019, shale gas exploration in Britain was effectively dead, despite one of the biggest discoveries of gas-rich rocks yet found: the Bowland shale, a mile beneath Lancashire and Yorkshire.

Just imagine if we had stood up to the eco-bullies over shale gas. Northern England would now be as brimming with home-grown gas as parts of Pennsylvania and Texas. We would have lower energy prices than Europe, not higher, a rush of manufacturing jobs in areas such as Teesside and Cheshire, rocketing wealth, healthy export earnings, no reliance on Russian whims (they control the reliability of supply and the price we pay for imported electricity, as we are experiencing right now) – and no fear of the lights going out.

But in lieu of that, we could at least invest in gas-storage facilities, to cushion against the Moscow threat and any potential disruptions to supply.

But no, we chose to close the biggest of them, Rough, off East Yorkshire, in 2017 and run down our gas storage to just under 2 per cent of annual demand, far lower than Germany, Italy, France and the Netherlands.

Why? Presumably because the only forms of energy that ministers and civil servants respect are wind and solar. Gas is so last-century, you know!

Yet your electricity bill is loaded with ‘green levies’ that in part go to reward the crony capitalists who operate wind farms to the tune of around £10billion a year and rising.

Because energy is a bigger part of the household budget of poorer people than richer people, this is a regressive tax.

Because of the price cap on domestic bills, these levies hit industrial users even harder than domestic, and thus put up the prices of products in shops and deter investment in jobs too.

In the past, coal gave Britain an affordable supply of electricity that was also reliable so long as the miners’ union allowed it to be.

The market mechanisms introduced by Nigel Lawson in the 1980s gave us greater efficiency, the dash for gas, cheaper electricity, a highly reliable supply and falling emissions.

The central planning of the 2010s has given us among the most expensive energy on the planet, futile price caps, bankrupt energy suppliers, import dependence, rising worries about the reliability of supply and – because of the fading influence of nuclear power – not much prospect of further falls in emissions.

So, it’s time to tear up the failed policies of today. What would I do? Take a leaf out of Canada’s book and reform the regulation of nuclear power so that it favours newer, cheaper and even safer designs built in modular form on production lines rather than huge behemoths built like Egyptian pyramids by Chinese investors.

Look to America’s example and restart the shale gas industry fast. Do everything to encourage fusion, the almost infinitely productive technology that looks ready to go by 2040. And call the bluff of the inefficient wind and solar industries by ceasing to subsidise them.

Energy is not just another product: it’s what makes civilisation possible. 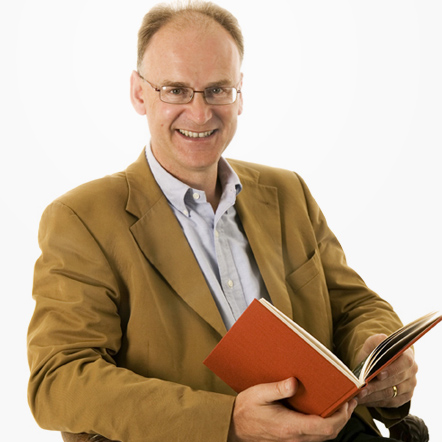 Matt Ridley is a Conservative peer and member of the House of Lords. He’s a businessman and the author of provocative books on evolution, genetics and society. His books have sold over a million copies, been translated into thirty languages, and have won several awards.