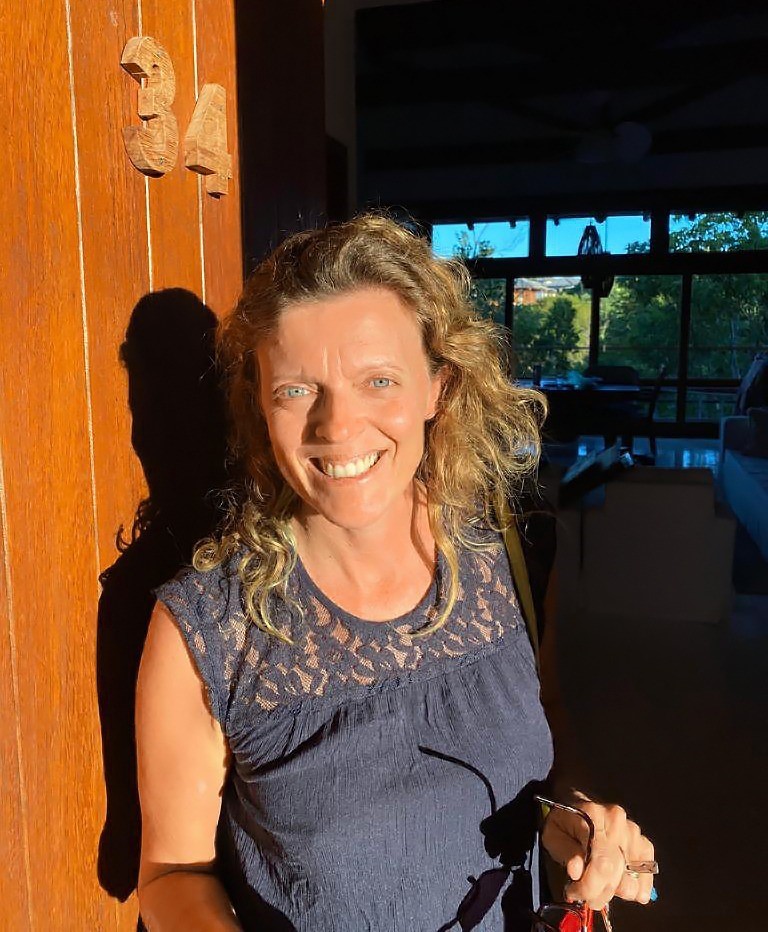 What is your background?
I have a Oceanography degree from Universidade Federal do Rio Grande, Brazil and I am taking a MSc in International Public Policy at Queen Mary University of London. As a Professional Diving Instructor, I had the opportunity to live and dive for seven years in remote areas, such as Moyo and Lombok in Indonesia, the Red Sea in Egypt, fifteen different islands of the Caribbean, a large part of the Brazilian coast and the Mediterranean Sea. For twenty years I ran a travel operator business, specialized in adventure tours in South America, including exploration of the Amazon forest, so I had the chance to personally experience remote areas of Earth above and below water.

Since when and why are you interested in climate change?
I have studied the four areas of Oceanography: Geology, Physics, Chemistry and Biology, and the interactions between these areas, including Climatology studies. I finished my course almost two years before the Eco Rio 1992, when the political agenda was launched. I noticed how gradually, science became more and more political (and corrupt) over the past decades.

During my extensive travels, I have witnessed local ecological problems such as reefs destroyed by bombing in Indonesia, overfishing, pollution, deforestation, etc. But I have also seen the capacity of the environment to recover, even in a short period of time. The planet is thriving.

How did your views on climate change evolve?
When I heard ‘climate change’ being described as a big problem for the first time, I remember thinking: “What are they talking about? Change is the nature of climate!” It all sounded ridiculous and it never made sense to me, because it went against the sound science that I had learned at University. It’s common knowledge the planet is in a warming ‘era’, which is natural and advantageous to plant and animal life. None of these climate change catastrophic predictions ever struck me as being legitimate. They are based on climate models and have been clearly manipulated by scientists to fit into their theories about anthropogenic blame. CO2 a deadly and toxic atmospheric gas? A 1.5 degree ‘world average temperature’ increase being catastrophic? Pictures of polar bears hanging on for their life on small pieces of floating ice? I honestly got more and more upset hearing so many stupid lies and wrong assumptions told to the public over the last decades, and even worse, terrible public policies such as Net Zero being implemented because of these wrong assumptions. So I decided to do something about it.

Is climate change a big issue in your country and how do you notice this?
I was born in Brazil and now live in the UK. Most countries’ economies have been badly hit by the damaging climate change policies, that have increased the cost of energy exponentially, causing poverty, unemployment and I believe will make human societies recede decades in all areas. It’s particularly upsetting seeing children and young people worried that they won’t have a planet intact by the end of their lives. The level of brainwashing going on in the media nowadays is crazy.

What would climate policy ideally look like in your view?
Well, I am taking a Masters in International Public Policy right now, with the goal of working in governments and hopefully intervene with better policies. In my view, ideally, no country should comply to most treaties by UNEP/COP/ WEF. I believe firstly, we shouldn’t change from fossil fuels to renewable energy on a large scale. The current technology of solar and wind energy and electric cars, apart from being unreliable and mostly unrecyclable, also depends heavily on the mining of rare metals (for batteries and many other components). The mining and processing of these metals causes a huge amount of pollution and is not ‘green’ at all. Strangely, almost no one acknowledges this reality.

I believe we should continue using nuclear energy, hydroelectric energy where possible and fossil fuels, but increase investments to make fossil fuels less polluting, while perfecting other sources of energy that are truly ‘green and renewable’ in the next decades/centuries. There is no need to rush into a power-grid change that will cause more harm than good. Climate policy should also invest in the prevention of disasters, reducing the impacts of the natural ‘extreme’ weather events, preventing the local populations from suffering and the inevitable financial losses. Reducing the production of plastics is also very important, especially as most are not recycled and last for centuries polluting the environment. We could have more policies that demand single-use materials to be biodegradable. This technology exists but has never been a priority in public policies. Imagine the amount of masks and plastic PPE floating around rivers and oceans these last two years. I haven’t heard any complaints coming from the hypocrites of eco-activism.

What is your motivation to sign the Clintel World Climate Declaration?
I hope to contribute to raise awareness about climate change being used as a political weapon in our societies. I hope we can revert the misinformation and reinstate the scientific debate, without censorship and corruption as it happens presently.