by Gregory Wrightstone and Kip Hansen 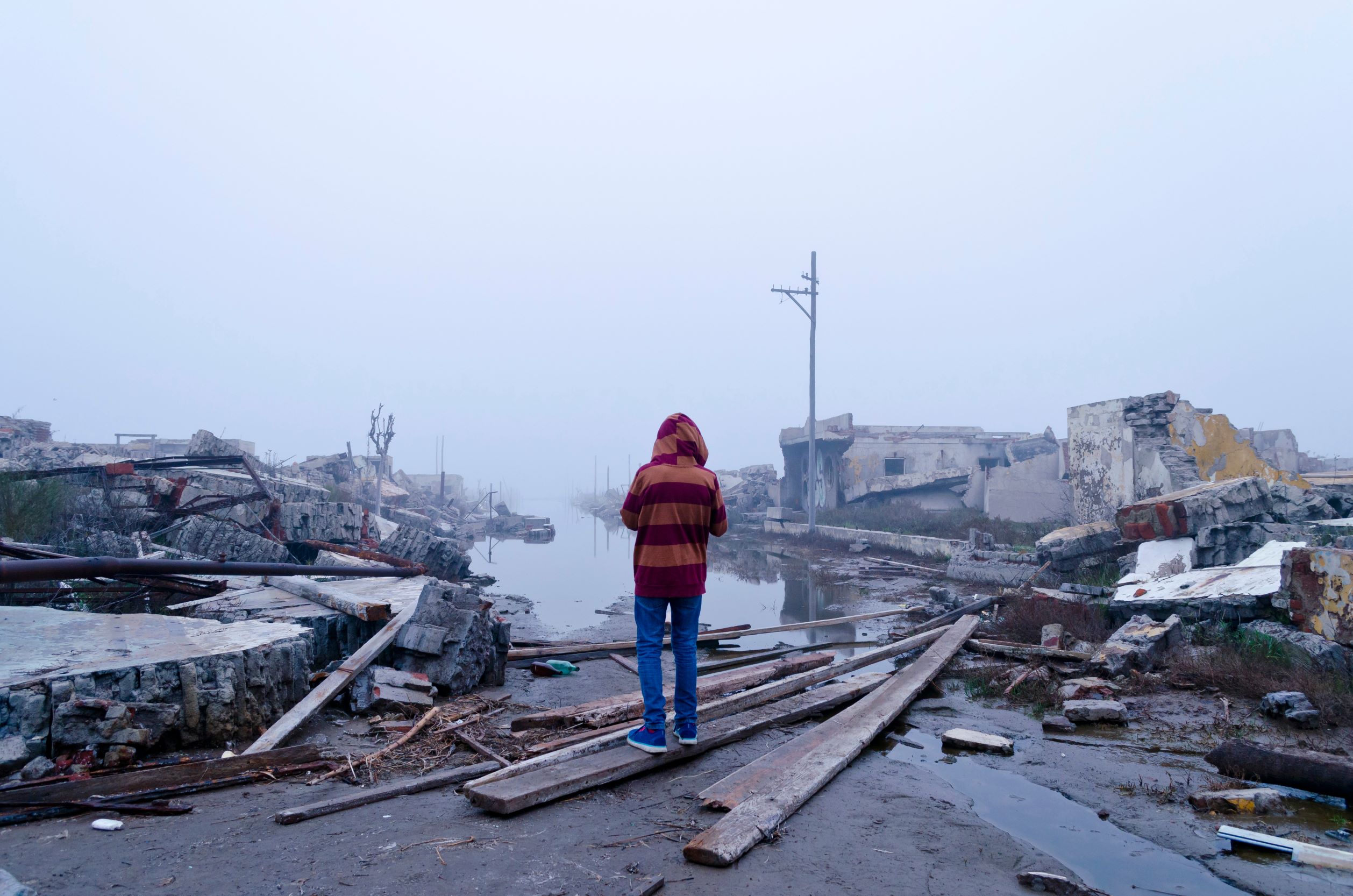 A recent report by the World Meteorological Organization claims that there has been a dramatic increase in the number of natural disasters over the last 50 years. According to the WMO Atlas of Mortality and Economic Losses from Weather, Climate and Water Extremes (1970 – 2019), there were more than 11,000 reported disasters attributed to these hazards globally, with just over 2 million deaths and U.S. $ 3.64 trillion in losses.

The report claims that the number of disasters “has increased by a factor of five” since 1970 and that human additions of carbon dioxide are to blame. Referring to this data, WMO Secretary-General Petteri Taalas stated:

“The number of weather, climate and water extremes are increasing and will become more frequent and severe in many parts of the world as a result of climate change. That means more heatwaves, drought and forest fires such as those we have observed recently in Europe and North America.” He further warned: “The warming of the oceans has affected the frequency and area of existence of the most intense tropical storms.”

The chart used to support their alarming claims of a five-fold increase of disasters is shown below, and taken at face value appears alarming. 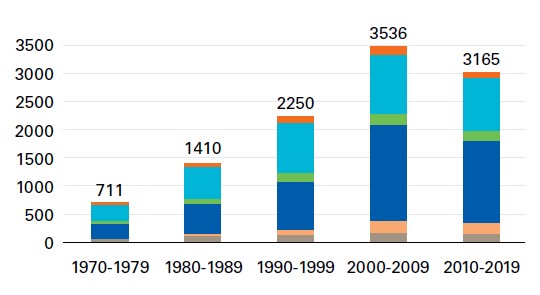 The claims of increasing numbers of these severe weather events should generate alarm if they were correct. Fortunately for the peoples of the world, the facts fly in the face of the reporting. The WMO and its authors chose to misrepresent disaster data as gathered by one of the most reputable agencies in the world, the Centre for Research on the Epidemiology of Disasters (CRED) in their EM-DAT database. The WMO based its reporting on the CRED data as shown below and displayed by Our World In Data. 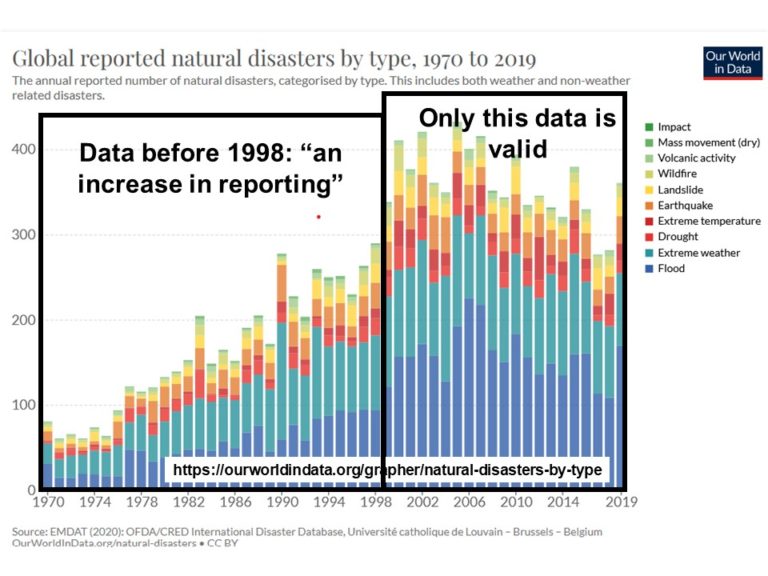 The claims of a five-fold increase in the numbers of disasters appears to be supported by a significant increase in calamities from 1970 until 2000 and a decline over the last twenty or so years. Why the change from increasing disasters over the first 30 years of data and a decline thereafter?

It turns out that the period from 1970 to about 2000 are the years in which CRED was building a data collection system that depends heavily on external reporting. Please note that the title of the WMO chart is “Number of reported disasters,” not “number of disasters.”

That the chart was driven by reporting rather than numbers was confirmed by CO2 Coalition Science Research Journalist Kip Hansen when he first questioned the validity of the data after its publication in 2019. At the time, he emailed Regina Below, CRED database manager and documentalist, asking her to confirm that the increase in the early period represented an increase in reporting, rather than an increase in actual natural disasters. Her response via email?

“Thank for your e-mail. You are right, it is an increase in reporting.”

In other words, the CRED system’s counts rose as it received reports from more and more sources over the years. Comparing totals from the 1970s with 21st century data is not only inappropriate, but also a blatant misuse of statistics to bolster a pre-ordained conclusion of increasing destruction.

To restate: The WMO released a “study” claiming climate disasters were increasing based on numbers that the authors knew were misleading at best. The actual numbers of disasters since proper reporting has been in place show a decline in disasters over the last twenty years, exactly opposite the hyperbolic claims of the WMO.

The World Meteorological Organization should immediately retract this flawed study and issue a formal statement publicly correcting the record.

Gregory Wrightstone is a geologist, executive director of the CO2 Coalition, Arlington, Va., and author of “Inconvenient Facts: The science that Al Gore doesn’t want you to know.”

This commentary and exposé was first published at Real Clear Energy on January 17, 2022