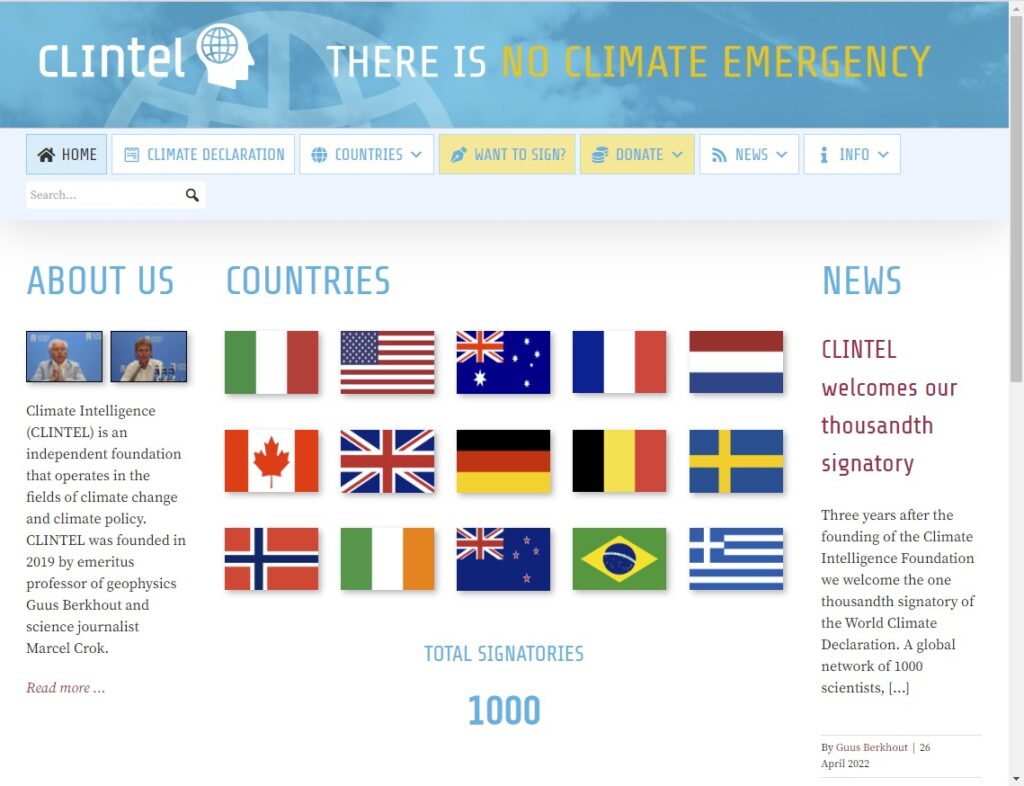 Three years after the founding of the Climate Intelligence Foundation we welcome the one thousandth signatory of the World Climate Declaration. A global network of 1000 scientists, engineers, and other experts agree there is no climate emergency. They do not agree on all aspects of the climate debate, but Clintel welcomes and encourages differing views on climate and robust climate policy debate.

The past 150 years show that affordable and reliable energy are key to producing the basic needs for all, such as food, health, sanitation, housing, electricity, and education. The past 150 years also show that more CO2 is beneficial for nature, greening the Earth, and increasing the crop yields. Why do political leaders ignore these hard facts? Why do political leaders do the opposite with their ‘Great Reset’ and lower the quality of life by forcing high-cost, dubious ‘low-carbon’ energy technologies upon their citizens? To get it their way, fear is used but history shows that fear has never led to sensible policies.

A global network of critical scientists and engineers (CLINTEL) has prepared a simple message: “There is no climate emergency.” Yes, climate change exists and cannot be ignored, but CLINTEL emphasizes that there is NO cause for panic and NO cause for alarm. The CLINTEL scientists strongly oppose the misleading, unrealistic, and destructive global net-zero CO2-policy (‘NetZero’). Instead, they promote climate adaptation policies that show a high benefit-cost ratio. Above all, they promote nuclear power, the energy source of the future.

1000
Climate change is a global phenomenon and CLINTEL is a global organization. It was founded three years ago, and its head office is located Amsterdam. It sought global support by asking scientists and engineers to sign the World Climate Declaration (WCD). The number of signatories increased fast, coming from 40 countries. Today, the five countries with most signatories are Italy (167), USA (135), Australia (126), Netherlands (111) and France (88).

To manage the fast growth of signatories world-wide and stay in touch with what is going on in all those countries, we appointed ambassadors who keep us informed on the climate news in their country. In this way it is feasible for the small CLINTEL office – working with a team of highly motivated volunteers – to stay in touch with many different parts of the world.

It is encouraging that the number of signatories grew without any acquisition activities. It is also encouraging that the list contains high-quality signatories (including Nobel Laureate professor Ivar Giaever), who are very well-informed on the climate subject.  Many are still active in climate and energy research. Today, we are honoured to welcome David Siegel as the 1000st signatory. David is an inspiring entrepreneur who has been following the climate issue for a long time. He recently put online a very interesting 40-minute presentation presenting his current view on climate change. For this presentation he used a lot of input from the international Clintel network. We will interview David Siegel in a separate article.

Conclusion
In conclusion, CO2 budgets are not based on science, but they are based on fear. They destroy the energy system, limit human rights, feed extremism and push mankind into a deep physical, mental, and financial crisis. It is clear that citizens throughout the world don’t want to become poor and, above all, they don’t want to live in a culture of fear. The World Climate Declaration (WCD) has brought a large variety of international scientists and engineers together to combine forces. The considerable knowledge and experience of this growing group is an invaluable asset in fighting successfully against the rich Great Reset elites.

Want to sign?
Do you want to sign the World Climate Declaration as well? Go here for instructions. 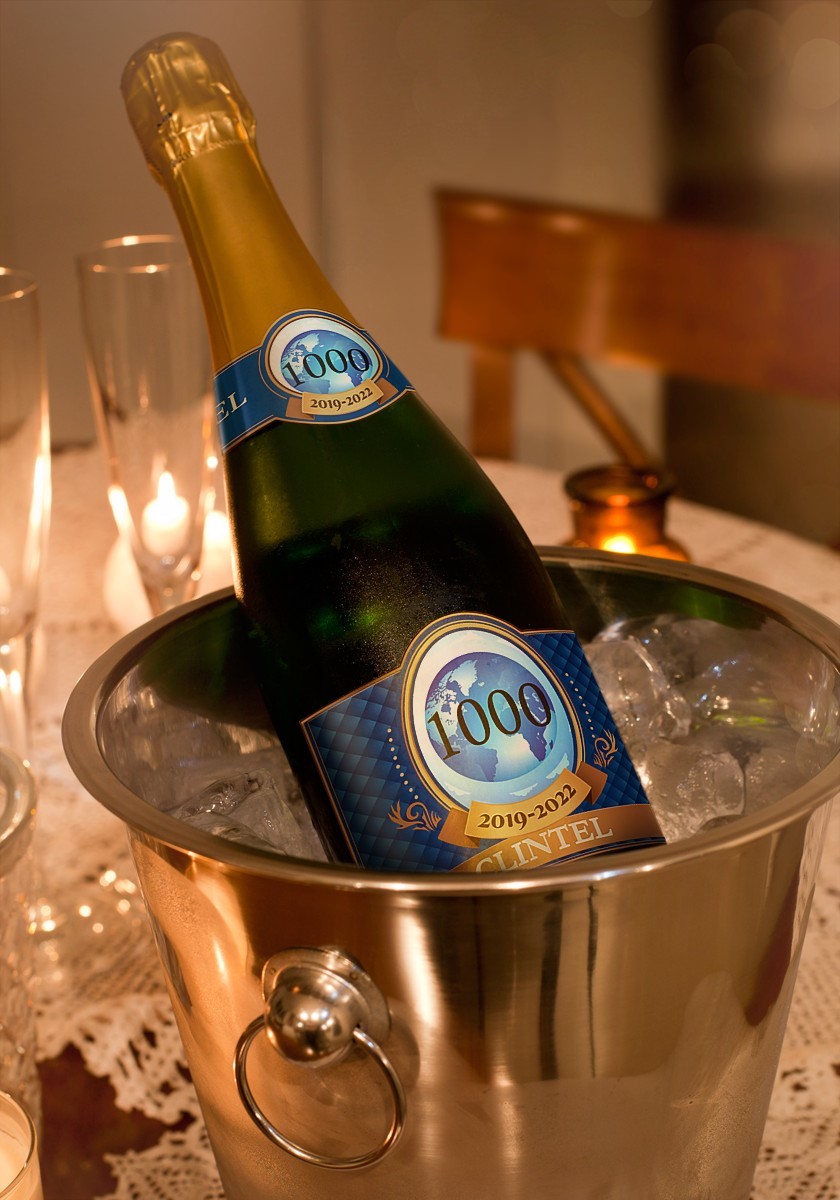