David Siegel: “To me, it’s clear that CO2 has almost nothing to do with climate” 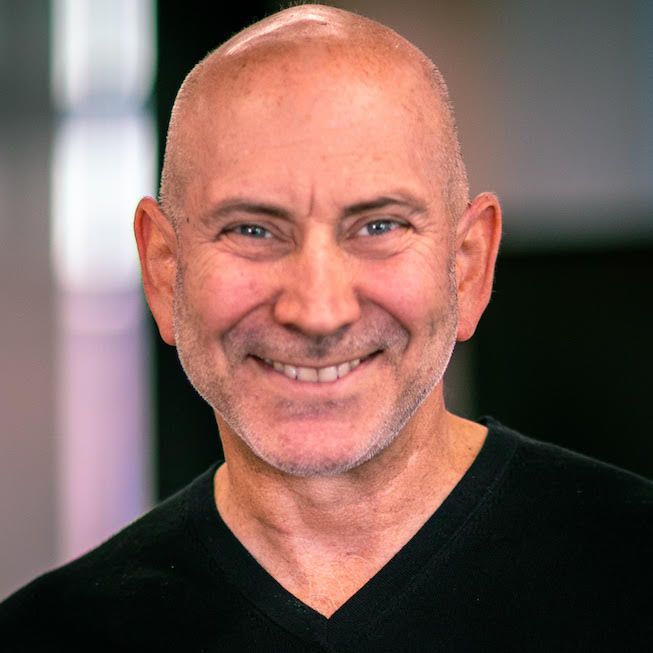 Earlier this week we announced the thousandth signatory of the Clintel World Climate Declaration.

It is American entrepreneur and author David Siegel. He has been following the climate debate for a long time.
He has a climate page with links to lots of interesting talks. He also has a weekly climate blog on Medium.
He recently put online a very interesting 40-minute presentation presenting his current view on climate change.

For this presentation he used a lot of input from the international Clintel network. David was kind enough to accept being interviewed by us about his climate views.

Who is David Siegel?
I’m a lifelong entrepreneur, starting with a graduate degree in computer science from Stanford in 1985. I worked for Pixar for one year, then I left and have been starting companies ever since. I’ve written five books, given speeches around the world, and generally try to stay about five years ahead of most people in technology. At the moment, I’m working on next-generation bitcoin mining and a new kind of venture capital fund. I enjoy writing. In recent years, I’ve started to make videos on many topics, from macro-economics to woodworking to investing to climate change.

Why did you write a climate book already in 1991, long before the topic became very popular?
I grew up in the mountains and deserts of Utah. I care a lot about the environment. I wrote my first book on climate change in 1991, after reading a number of books on the topic. I spent a lot of the 1990s thinking the Population Bomb was the big problem. I actually knew Paul Ehrlich and read most of his books. I believed him, and I believed Al Gore that CO2 was causing warming.

My book was titled What is Worth Doing? It was on three main topics, all of which I got completely wrong: overpopulation, climate change, and nutrition. It was really the beginning of my life of learning, trying to find the truth, trying to become less wrong over time.

I believed Paul Ehrlich about the Population Bomb and I believed Al Gore that CO2 was causing warming.

Then, in 2016, someone told me that “the science is settled.” Knowing that if it’s science, it isn’t settled, I decided to look a bit deeper and see what I could discover. So I spent most of a year investigating and wrote a big Medium.com post that over 300,000 people read. Since then, I continue to study, learn, and communicate what I have learned about climate and other misunderstandings.

I keep updating my understanding of the world. That’s why I wrote a big essay on reality and why I write my weekly blog now.

What is your current view on climate change?
It’s far more complex than people realize. I wish the atmospheric physicists and chemists would talk more with the ocean and earth scientists. It’s a big puzzle, and we still don’t know what really drives our climate. There’s no way we can predict the next 100 years of climate with any accuracy. To me, it’s clear that CO2 has almost nothing to do with climate, and the big drivers are orbital mechanics and plate tectonics. But there’s still a lot to learn. For example, why has our climate been so stable for the past 10,000 years? No one has any idea why it was more volatile before and is now quite stable, and no one knows when that pattern will change.

To me, it’s clear that CO2 has almost nothing to do with climate, and the big drivers are orbital mechanics and plate tectonics.

I recently changed my view of feedback. I thought there was a feedback mechanism on longer time scales that helps the earth recover from “iceball” or “hothouse” conditions – somehow there were mechanisms that prevent the earth from just running away too cold or too hot and staying there. I don’t think that’s true now. I think the earth is a floating ball of rock orbiting the sun, and the physics of that relationship determines our climate. If earth goes too far away from the sun, or if the continents drift in certain ways, the earth begins to freeze. The only thing that unfreezes it is that things drift the other way. They don’t have to. If the earth drifts just a few percent farther from the sun, the planet will simply freeze over. Or, if we get too close, the oceans will boil away. There are no natural mechanisms that prevent that. We just happen to be in a fairly stable, nearly-round, orbit that, by luck, creates a fairly stable climate.

If you would be president, how would climate policy in the US look like?
There would be no climate policy. I would work with other countries on a rational energy policy that minimizes regulation and encourages innovation. I’m pretty terrified of government-funded basic research, because that means bureaucrats decide who studies what. I’d love to see a more market-based approach to research, because markets allocate resources far more efficiently than institutions do.

I’m pretty terrified of government-funded basic research, because that means bureaucrats decide who studies what.

What is your advise to Clintel to improve their visibility and efficacy?
We are outspent about a million to one. We are all trying in our own small way to understand how the climate works and what can be done to reverse the common narrative of doom and gloom. Somehow, I keep thinking we would be more effective if we could all work together. But I don’t have a vision for that. We are seen as fringe “deniers” because the Climate Industrial Complex is so huge, so well funded, and so much better at PR and lying than we are. I think if I had the resources, I could change minds, but I would need hundreds of millions of dollars to do it at scale. The way we are all working now, I am worried that we’re easily drowned out by people who don’t care at all about the environment but care only about their preferred view of the world. They really are willing to sacrifice the environment to save it, because it isn’t about the environment, it’s about power.

I don’t know if it would help, but I think we could do more direct debunking of the IPCC documents and try to interview IPCC authors on the record. Since they won’t debate us, I think we should try hard to get them to debate, and when they don’t, we should make that public.

I would also like to see a group take all the nonsense arguments at SkepticalScience.com and show how each one is wrong.

What is your motivation to sign the World Climate Declaration?
We need to do everything we can. I think Clintel is doing a great job. We are all putting in a lot of effort with very little funding, and personally, it hurts many of us, because people cast us as ignorant and foolish. I think the only thing we can do is to try to convince people one at a time and grow our numbers.

I think Clintel is doing a great job. We are all putting in a lot of effort with very little funding, and personally, it hurts many of us

My big hope is that someday some really wealthy person will realize we are trying to help humans and the planet most and give us the resources we need to counteract the Climate Industrial Complex. I would say that science in general is in trouble. It was politicized and commercialized a long time ago. We need a group that can help get science on track. That’s why I wrote a proposal to do so.

What question did we forget?
I’d love to follow the money. I’d love to see a big report showing how money flows to NGOs, how much the UN spends on public relations, how universities rely on the Climate Industrial Complex, and how motivated most groups are by money, not by helping the environment. If they are going to use polar bears, forest fires, storms, and lies, it’s clear their goal is fundraising. And there is a lot of money at stake now.