Open letter to the authorities and academic bodies of UCL 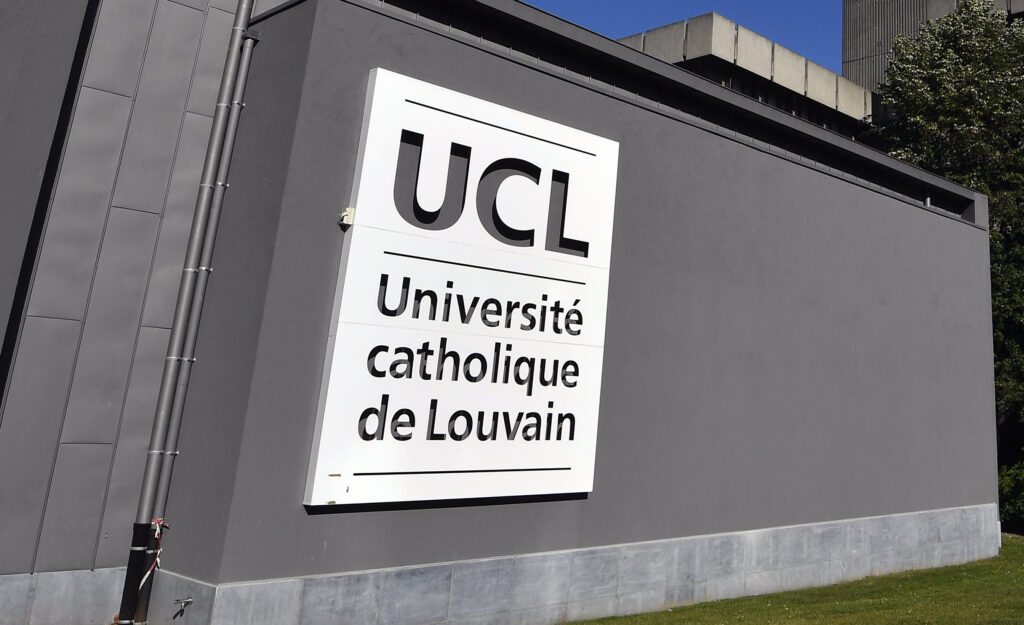 Michael Mann praised at the Catholic University of Louvain

The Catholic University of Louvain (UCL) has decided to award an honorary doctorate in 2022 to American climatologist and geophysicist Michael E. Mann (see here). It is true that this researcher has been talked about a lot. Indeed, he is the father of the “hockey stick curve”(hockey stick curve), a curve reconstructing the evolution of temperature over the past 2,000 years. With this curve, which erases the Medieval Climatic Optimum (MC0) and the Little Ice Age (LIA) (see here and here), Michael Mann has positioned himself clearly in the “alarmists”camp, a club of scientists and public servants describing the climate fluctuations with “catastrophic emphasis”, an approach largely reported in, or perceived as correct by the media. His curve was also taken up by Al Gore and appears in IPCC publications, starting from its third report in 2001(see here). We are not going to discuss here the validity of the results obtained by Michael E. Mann during his career; those are controversial results, challenged by several scientists, and having already led to several trials, after bitter fights. This subject has caused a lot of ink to flow, and we refer interested readers to other papers giving more details on it. (see here ). We only want let you know that we consider UCL committed a political act by attributing this honorific title to Michael E. Mann, as he does not hold more truth than any other, unfortunately less famous, teams of paleo-climatologists arriving to opposite conclusions. [1]

You justify your decision by invoking that “ Michael E. Mann’s investigations, research and findings are based on real facts to help us keep our eyes open at a time when the real has never been so weakened “. Further on, we find the sentence: “Renowned for the excellence of his analyses and his modelling, Michael Mann defends the veracity of scientific facts in the face of the manipulations of climato-sceptics. »

According to UCL, therefore, Michael E. Mann would hold the definitive and only truth, and we are faced with a sort of knight who fights tirelessly against climate-realists[2], a priori considered as perfectly incompetent, despite the presence of a large number of high-level professors, including Nobel Prize winners in their ranks (see here). Michael Mann would thus, in your eyes, represent the correct way of reasoning, and the climato-realists, the opposite, namely scientific error; and this title of doctor honoris causa 2022 acknowledges this opposition. Please, note however that most climato-realists do actually not reject the fact that a (slight) recent warming exists, but they discuss above all its amplitude and its claimed long term irreversible positive trend, as well as the respective effect of its natural or anthropogenic contribution. Many other even more pejorative terms than

[2] We use here the term “climato-realist”, as opposed to the widely spread negative connotation associated to the term “climato-sceptic”, although we are deeply convinced that any scientific attitude is actually based on permanent scepticism and on continuous challenge of the “established truth” at a given moment. As stated by Karl Popper “ you can never proof a theory is true; one single new “falsifiable” experimental fact can destroy it”.

“climato-sceptics” are regularly used by proponents of anthropogenic warming to castigate those who criticize the work of the IPCC, and this does not raise the credit given to the scientific community, by  a larger public.

Michael Mann is not the only person in the world who performs paleoclimatic analyses, but he is simply the most famous one. A recent publication [peer reviewed ], published in Earth/MPDI on March 3, 2022 (Lüning & Lengsfeld 2022) reminds us that Michael E. Mann is indeed not alone: ​​several other teams have analysed the paleoclimate archives and have also obtained curves retracing the evolution of the temperature of the last 2000 years (the details can be found in the above-mentioned Science-Climate-Energy page). These studies are based on indirect temperature measurements, obtained by using proxies (tree rings, etc.) and are therefore uncertain, not specifically dependent on temperature only, and imprecise. This is exactly the reason why the different paleoclimatic reconstructions are all different from each other. Between the year 0 [origin of the abscissa of the graph of Lüning & Lengsfeld 2022)] and 1800, all paleoclimatic reconstructions show cycles (often aperiodic). These oscillations are clearly of natural origin, since anthropogenic CO2 emissions were very low at that time.

The results of Mann et al. (1998) erase the warm period of the Middle Ages, yet known long before the interest in anthropogenic climate change, as the ” Climate Optimum of the Middle Ages ” ; the Lüning & Lengsfeld study shows that the temperature at the time was similar to, or even higher than, that of today. There are very many historical testimonies concerning these periods, relating to the growing of vine, the production of cereals, etc., whose geographical areas of spreading,  following climatic fluctuations, have been painstakingly reconstructed in Europe by Emmanuel Le Roy Ladurie (see here for a summary). The same holds for the settling of the Vikings in Greenland, reflecting again a climatic fluctuation (see ici). Historians at your university know that there was a warm period which led to great prosperity during the early 13th century, and, among other things, that this  allowed the population to be better fed and grow; but later, this larger population was subjected to crises around the first half of the 13th century, precisely because of the sudden cooling of the climate which caused famines (see here).

No, Michael E. Mann does not hold the absolute truth concerning the evolution of the temperature of the past, and neither do the other teams of paleo-climatologists. The truth of the past will always be uncertain, because we are dealing with indirect, and by definition, inaccurate temperature measurements.

We repeat and confirm that praising Michael Mann is therefore a political gesture by the UCL authorities who, by this signal, are clearly positioning themselves in the camp of the “alarmists”. This is not a surprise, because in April 2012 the late Istvan Marko, professor at this same university, had already been the subject of despicable attacks by other professors at UCL, a petition asking to ban him from the right to communicate his thoughts even circulated (see here and here).

It is worthwhile noticing that in this petition, we read this sentence “In 2007, the Catholic University of Louvain chose to honor Professor Steve Schneider by awarding him the title of doctor honoris causa. Until his death, the late Professor Schneider fought to ensure that the scientific issues surrounding our climate were communicated honestly and rigorously to the public. »

But here is what Stephen Schneider said publicly in 1989:

“On the one hand, as scientists we are ethically bound to the scientific method, in effect promising to tell the truth, the whole truth, and nothing but — which means that we must include all the doubts, the caveats, the ifs, ands, and goals. On the other hand, we are not just scientists but human beings as well. And like most people we’d like to see the world a better place, which in this context translates into our working to reduce the risk of potentially disastrous climatic change. To do that we need to get some broad-based support, to capture the public’s imagination. That, of course, entails getting loads of media coverage. So, we have to offer up scary scenarios, make simplified, dramatic statements, and make little mention of any doubts we might have. This ‘double ethical bind’ we frequently find ourselves cannot be solved by any formula. Each of us has to decide what the right balance is between being effective and being honest. I hope that means being both.”

Definitively, if this is the kind of policy endorsed by UCL, it explains clearly the choice of Michael E. Mann for the 2022 awards.  But UCL does not honor itself by awarding a Doctor Honoris Causa title to a researcher who publishes results that are blatantly contradicted by history, as shown over and over again by other researchers, a researcher who persists in defending his views for more than two decades, more in fronts of Courts of Justice than in scientific journals, while in the same time hiding his data.

Please accept, Mr. Rector, the expression of our respectful sentiments.