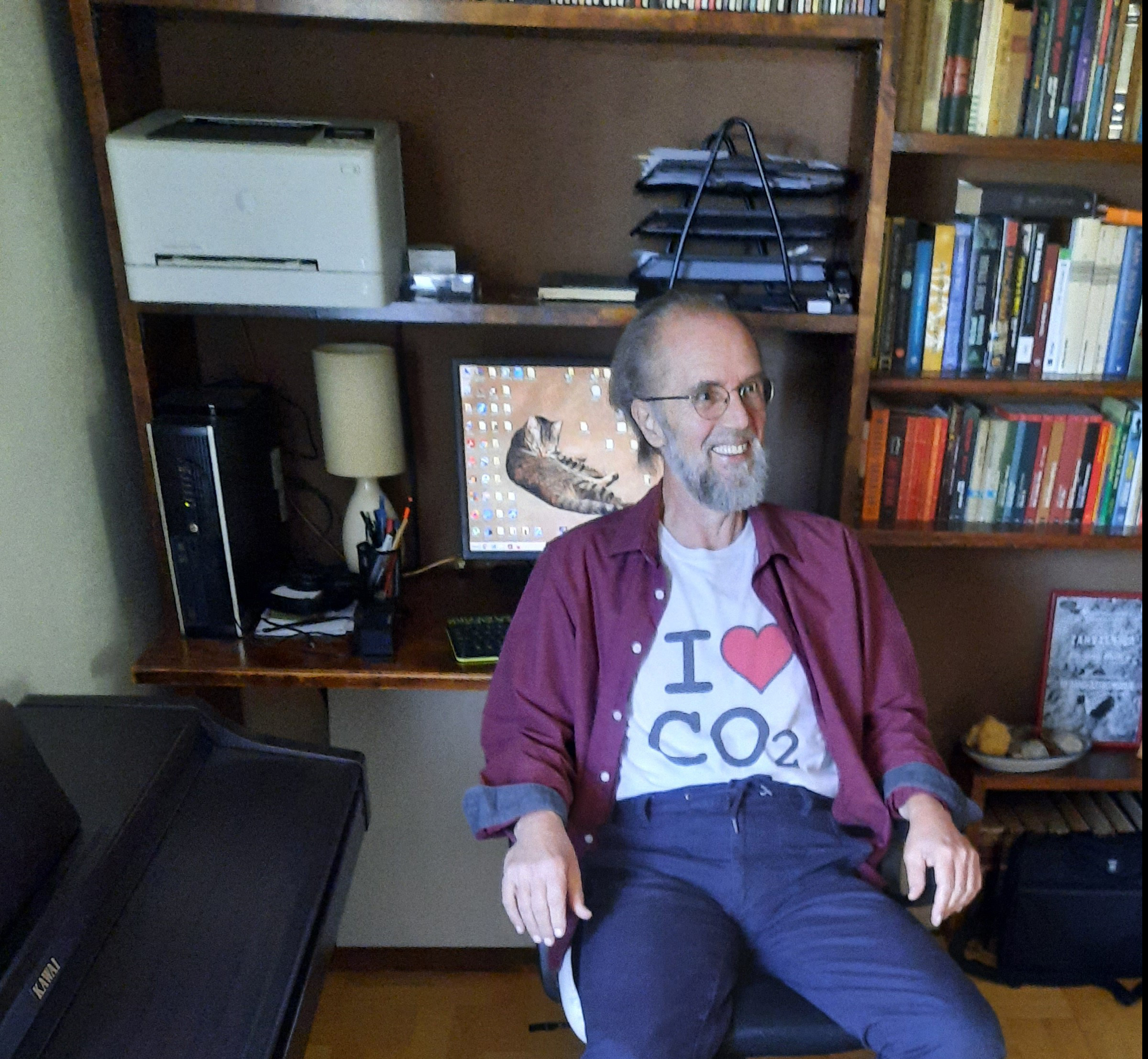 What is your background?
My first love was (and still is) music, but at the age of eighteen at the last minute I changed my mind and, instead of studying piano at the academy, I started studying physics, with wholehearted approval of my neighbours. For a short period of time I was professor of physics in a high school after which I started working at the Meteorological service where I still work. My entire professional life is connected to severe weather, radar data and cloud modification, actually hail prevention. Between theoretical science and operational work I always preferred the latter and the research connected to it. There are so many problems you can try to solve, and actually see if the solution works. For instance, when you conduct a rocket hail prevention action, it is like an ER situation. You can act better or worse, but the time limit is three minutes in which you have to make a decision. Afterwards you can analyze what you did and the results of your decisions. My interest in radar meteorology came as a consequence of doing hail prevention. The interpretation of radar observations of clouds and precipitation is rather complicated, maybe even more so than in the military use of radars, and people who are not involved take the data as granted. I participated in international projects (member of Management Committee COST 75 – Advance Radar Systems) and  as Croatian representative in LGOEWRN and OPERA (both radar meteorology), as well as principal investigator together with Joe Golden from NOAA in “Hail prevention developments”, US-Croatia joint fund on Scientific and Technological Cooperation. The last one was rather interesting, since it was more fun than the others. We were trying to introduce aircraft seeding in Croatia. When you fly near a cumulus congestus cloud in a small airplane, experience the severe nature of it, then you really realize how powerful nature is. Afterwards, you look at the radar data and see that (from radar point of view) it wasn’t a significant cloud. There is a huge difference between seeing sensor data on your computer and experiencing the phenomena live. There were some other Central European projects in nowcasting, but quite honestly I don’t remember their titles, and mostly they were about travelling and meeting colleagues from other countries, as well as doing some case studies. The only exception was cooperation with Griff Morgan, while he was working in Italy, when we got some in situ measurements of our ground generator network activity using South African instrumented aircraft.

Since when and why are you interested in climate change?
At first, I believed my colleagues that anthropogenic CO2 is responsible for the temperature rise, but  never thought that warming or more CO2 is bad for humans and the planet. I didn’t pay much attention to it, actually thinking that it is kind of fashion which will soon be forgotten. Then some meteorologists became very serious about it and started predicting great and all negative consequences of the warming. Since CO2 is one of the three essential components of photosynthesis (ergo life) I started looking for a way to defend it. I had many conversations with my colleagues who were more involved in climate change and tried to explore their arguments, but always came to “the science is settled” wall, because models “correctly” predict distant future. At that time I was working in hail prevention with a network of ground generators in which you had to decide when to start operation of six hundred generators approximately three hours before the hailstorm occurs. The models we were running predicted some situations rather well, and some completely wrong, so the experience of the meteorologist in charge remained the decisive factor. When anyone claims to know the future climate hundred years in advance in spite of its chaotic nature, yes I am completely skeptical about it.

Is climate change a big issue in your country and how do you notice this?
It started with small groups of people protesting about polar bears. Then the media took over the initiative, and politicians were, more or less, happy to follow. Now, there are more people who try to act on the consequences (wind turbines, pellet factories) because they see the reality (rare birds killed by the turbines or whole forests cut down for pellets). Climate change is not a big issue among people, and the whole thing is going to backfire when the prices go up (electricity, carbon tax, etc.), and standard of living goes down.

How would climate policy ideally look like in your view?
Since humanity is not determining the climate, there is no need for climate policy. At this moment we don’t even know how much CO2 humanity is emitting in the atmosphere. As Edward Lorenz said: ”Perhaps the best advice that chaos “theory” can give us is not to jump at conclusions; unexpected occurrences may constitute perfectly normal behavior.”

What is your motivation to sign the CLINTEL World Climate Declaration?
In short, I agree with the Declaration and as Orwell said: “In a time of deceit telling the truth is a revolutionary act.”