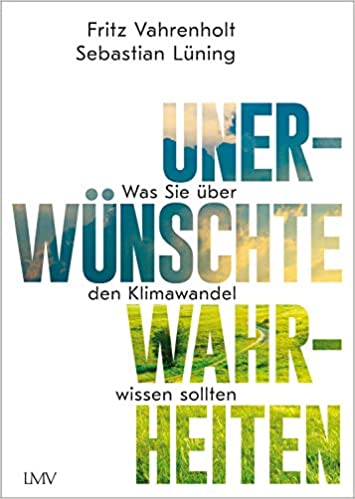 There is no emergency
The verdict on CO2 and the industry associated with it has long been made: harmful, dangerous, to be stopped. It is always astonishing that people forget that CO2 is the building material of life and that, despite all the possible negative effects, food yields, such as wheat and rice, have increased by about 15% due to the increased CO2. Who can tell the students of Fridays for Future that without the increase in CO2 we would certainly have too little food to feed the world? Just 15% less rice, wheat and soya would not be bearable for the world population in the long run. None of this releases CO2, nor does it release it to us humans who, in 150 years, have improved the living conditions for all people on earth by developing an industrial society, and who have also “pushed up” the CO2 concentration from 0.028% to 0.041%. What we do not know with sufficient accuracy is how much this and a further increase will change the climate.

There is no doubt that the community of states will have to react in the course of this century and reduce CO2 emissions. However, the faulty climate models must not be used as a basis for this.  They run 50% too hot compared to reality. That means we have twice as much time. Not in 2050, but in 2100 we have to say goodbye to fossil fuels to a large extent.

Low CO2 technologies must be developed in any case. And Germany plays a miserable role here. Anything that could sustainably satisfy the world’s hunger for energy beyond wind and solar energy is not taking place. Every year the Greens in the Budget Committee submit a motion to stop funding fusion research, research into inherently safe nuclear power plants is prohibited in Germany, fossil power plants with CO2 separation (CCS) are also prohibited. After the destruction of the German automotive industry, the aim is also to replace carbon in industry, steelworks, cement plants and refineries. Everyone looks around and discovers what they would do without petrochemicals, i.e. without pharmaceuticals, without CDs, without cell phone screens, without cable sheathing, cosmetics, paints, synthetic fibers, adhesives, detergents and cleaning agents, substances we depend on every day.  The electricity demand in Germany would more than triple. And this is to be met with the insane plan to satisfy our energy and hydrocarbon needs solely through nature-destroying wind power plants and inefficient solar roofs in Germany. It would therefore be extremely stupid to set out on this path and exclude other options a priori.

If the climate reaction to CO2 is at a climate sensitivity (the warming when the CO2 concentration in the air doubles) of about 1.5 degrees Celsius, the warming by 2100 will certainly not exceed a warming of 2 degrees Celsius. We then have until 2100 to reach the pre-industrial emission level. In any case, it is irrelevant whether Germany and Europe reach net zero in 2050 or 2100. What is decisive is: what is the world doing, and above all, what is China doing? To believe that China, as promised in Paris, will increase its CO2 emissions from 8.9 billion tons to (only!) 12.5 billion tons by 2030 and then reduce them to zero in 20 years would be very naive. China’s government itself expects the same emissions in 2050 as today, which would require a huge effort. Or is it the European logic that we destroy our industrial society so that China can really flourish?

1600 coal-fired power plants are currently being built in 62 countries around the world, most of them by Chinese companies and with the help of Chinese loans. In total, coal-fired power plant capacity worldwide is not being reduced, but rather expanded by 43 percent. This is not a theoretical model calculation, but reality. And Germany is phasing out nuclear power by 2022 and domestic lignite by 2038.

There have already been many warnings of catastrophes. The warning of the small ice age in the 70’s, the warnings of the Club of Rome that we will run out of raw materials in 2000, the end of the German forest around 2000. Often things turned out quite differently than one thought. But the most obvious scenario at the moment would be: the world is slowly changing by 2100 and Germany will fall in ten years, if the infantilization of politics continues at the level of Fridays for future.

In the short term, new scientific findings are not expected to lead to a change in policy. Too much loss of prosperity has been and will be demanded from people with a policy of fear of climate catastrophe, too much 100% truth has been proclaimed, for people to be open to course corrections.  And if it should be the case that the emergency situations were not justified, the climate forecasts collapse because part of the warming turns out to be a natural development, and CO2 has less of a warming effect than assumed, not only climate science, but politics in Europe as a whole has a serious credibility problem.

More information about the book can be found at https://unerwuenschte-wahrheiten.de/