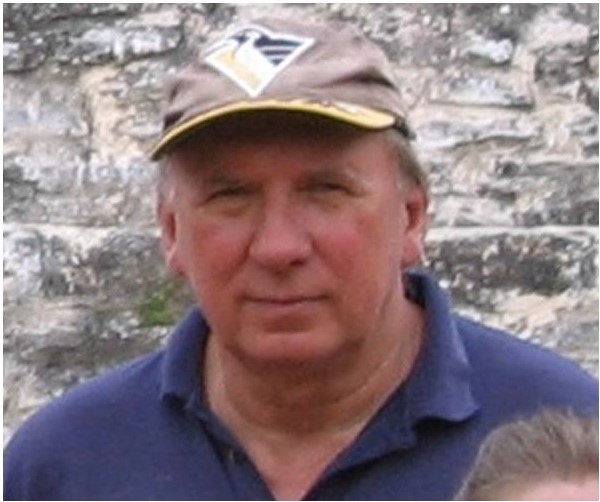 What is your background?
Physicist. Initially (1960s) activities were in industrial research including especially coal combustion related to electricity generation and pyrolysis in connection with production of reductants in the iron and steel and related industries. Later (1970s) I joined a major consultancy (W.S Atkins) and was involved in many feasibility studies of industrial processes particularly in energy intensive sectors. I left WSA on the suggestion of the UK National Coal Board Member for Science to help run a specialist energy consultancy. Most of that work was coal related and subsequently I was invited to lead a novel fuels initiative for a consortium of UK, USA and European companies. Only the orchestrated collapse in the oil price prevented this major project to come to fruition. I continued consultancy activities particularly on business process mapping, analysis and improvement mainly for various oil companies worldwide. In the case of Shell, I helped develop its methodology in this area.

Throughout the period from leaving university to date I have been very active in a number of academic institutions on a pro bono basis. Those particularly relevant to the interests of Clintel are/were the UK Institute of Physics and the Energy Institute.

For IOP I have held many positions including Branch Chair of one of the two largest Branches, Member of a special group responding to questions from the UK Government, Chair of the Energy Group and by appointment of the IOP, CEO Chief Advisor on Energy to the IOP Policy Board.

I was the IOP’s representative on the organising committee for the international three-day conference “Challenges and Solutions, UK Energy to 2050”. I tried unsuccessfully to get a module in the conference examining the basis of the assumption of AGW as this was fundamental to the options for future approaches to energy supplies. Clearly the die was cast by the early 2000s.

The Energy Group with myself at the helm ran many events covering controversial topics. For example, I invited Dick Lindzen of MIT to debate matters concerning atmospheric physics in the context of a warming world with Alan Thorpe (then Director of the Hadley Centre). Things changed radically within the hierarchy of IOP from about 1990 onwards but particularly since the UK Climate Change Act of 2008. This has largely curtailed opportunities for those sceptical of AGW. One of the casualties was a planned talk by Nigel Lawson. This was written up on the basis of material I supplied by friend Andrew Montford with the title “Institutional Bias” (2012).

I was Chair of the Energy Institute’s largest Branch based in London. It became obvious that the hierarchy of that institution was more radical in its support for the AGW agenda than even the IOP. In my letter to the CEO, resigning my Fellowship, I made some predictions of the transition from the Energy Institute to the Renewable Energy Institute. This should have come as no surprise to the CEO as previously at a meeting of BICC (British Institute of Energy Economists) I put forward the view that the British Government’s Climate Change Act brought into legislation the rush to national economic suicide.

Since when and why are you interested in climate change?
I used to acknowledge that changes in climates could only be measured as changes in average weather metrics, for each climate category, over about 30 years. However, my first interest was in weather rather than climate, because of my flying interests, firstly in a university RAF air squadron and later as a glider pilot and fixed wing private pilot with instrument qualifications. Interest in climate change mechanisms was first stimulated when in the 1990s I was asked to review Kyoto plans for IOP. At first the notion that increases in atmospheric carbon dioxide as a result of human activities seemed possible although perhaps trivial.

How did your views on climate change evolve?
Study of the subject area quickly led to questions of real attribution evidence and scepticism. There were probably two aha moments (and since many more). Firstly, the fact that it is clear from ice cores that temperature moves first followed by atmospheric CO2, secondly that for a water planet like ours with, say 50 times as much CO2 in the seas, application of Henry’s Law indicates that control of the equilibrium atmospheric content relies on changes in sea temperatures. Consequently, it seemed to me unlikely that CO2 could possibly be the driving force for change but rather the indicator of change. It seemed to me that H.H. Lamb would have continued to look for mechanisms which caused previous warm periods rather than to jump to the conclusion that the current warm period was all the fault of mankind. My view that anthropogenic effects on climate are rather trivial has been further deepened by increasing evidence that natural cycles are the real drivers. Indeed, the relatively recent discovery of PDO suggests that the 30-year average for delta climate change is inappropriate by at least a factor of two.

Having studied possible climate change mechanisms for about 20 years I decided to present my views at conferences, scientific and open meetings, the first at Imperial College, London in 2009. Since then I have given many talks at mainly London venues particularly in the Committee Rooms of the Houses of Parliament. In the latter case the vast majority of attendees were members of the public, sadly with only a smattering of MP’s, who in each case were always rare dissidents of the AGW mantra.

Is climate change a big issue in your country and how do you notice this?
The subject of Climate Change is huge in the UK politically and crucially in respect of national energy policy. The clever thing for those pushing the AGW agenda has been the unchallenged conflation of our fault climate change with our fault environmental damage and the latter’s effect on animals and the food chain. As an environmentalist for most of my life I have found this particularly difficult for reasons that probably need expansion but perhaps not here.

For many years the UK population has been bombarded by extremist views all relating to our greenhouse gas emissions being responsible for adverse changes in our climate. The evidence given to the public has typically related short-term weather events and consequent events like flooding, droughts and extreme heat. The BBC have had a series of presenters usually with university qualifications in subjects like “English Language” and other subjects that have no scientific content or scientific approach. Most other media are similarly biased but there have been a small number of dissonant voices, mostly older genuine research-oriented journalists, with an even smaller number of younger journalists. The number is so small that I could name them if required.

In spite of the huge propaganda machine that has been in action for a long time at least 50% of people become doubtful of what they have been told when confronted with facts that they can easily check. This is why sceptics like myself are now kept well away from media platforms.

How would climate policy ideally look like in your view?
In my view adaptation is the only realistic approach to changes in climates. Attempts to reverse or reduce changes in climate (the current approach) are doomed to failure. However, politicians will only understand this position if they also come to the view that changes in climate are almost entirely due to natural cycles and events. In the early days of the current hysteria, I was asked by IOP to write about adaptation measures. Probably somewhere in my files I still have the piece I wrote. As you may have guessed, I probably wrote on the main threats identified by AGW advocates like sea level increases, effects of higher atmospheric temperatures, effect of precipitation changes on agriculture, infrastructure etc. I probably also discussed risks of colder times.

What is your motivation to sign the CLINTEL World Climate Declaration?
People are constantly being told by their leaders that only a negligibly small number of scientists challenge the overwhelming consensus that anthropogenic climate change is a reality and urgent action is required to prevent doom for future generations. In some small way signing the Declaration is important to raise the question about the truth of the political assertion.

What question did we forget?
There are two particular areas that require further questions, National and International Energy Policies and Environmental Policies. The major area affected by current climate change policies is of course energy conversion. In the last century we have almost exclusively relied on fossil fuels for electricity generation and provision of heat, domestically and in industry. By the end of the period 1960–1980 we had developed the technology to combust fossil fuels in an environmentally acceptable manner if we were prepared to pay for such clean-up. The subjects were removal of particulates, deSOX and deNOX. The demonisation of CO2 later led to a requirement of deCOX, a considerable step too far. Realists will know that deCOX on a scale necessary to support fossil fuel combustion is wholly unfeasible both technically and economically. Sadly, there are few realists in governments.

I will add something from my personal experience. I had a number of arguments with the chief advisor to the UK government on energy policy linked to climate change, David MacKay. Whilst in his position as advisor to government he included so-called renewables in his options especially wind and solar energy conversion. As a relatively young man he contracted cancer. A week or so before his sad death he was interviewed about what he would advise concerning the use of a calculator that he had developed for UK energy options in relation to climate change. He was asked what mix he would suggest for electricity generation in the UK. Without hesitation he replied: “Base load nuclear, the rest fossil fuels with carbon capture and storage”. The interviewer was clearly surprised and asked: “Why no solar or wind?” David replied: “The ratio of solar available summer to winter is about 9:1 so it requires so much backup in winter that it is not worthwhile, similar arguments apply to wind.”