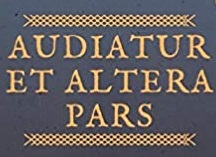 On 11 June 2020 the undersigned, Professor Guus Berkhout, sent an open letter to the President of the Royal Netherlands Academy of Arts and Sciences (KNAW), as well as an English version to the European (EASAC) and global (IAP) umbrella organisations of the National Academies of Sciences. This letter (attached) expresses concern that academic freedom has largely disappeared in climate science.

The ten propositions are set out below, with a brief examination of the extent to which current climate research complies with them.

Climate change has a wide variety of causes, natural as well as anthropogenic. Integration of knowledge from many scientific fields, such as astronomy, geology, archaeology, meteorology, oceanography and biology, is indispensable to a full understanding of the complex causal relationships that underlie climate change. At the same time, the integration of theoretical knowledge with measurement technology should have a high priority. This is hardly the case in today’s mainstream climate research.

Within established climate science, curiosity and diversity are being suppressed and the anthropogenic global warming (AGW) dogma is ruthlessly enforced. Think of IPCC’s extreme unlikely scenario RCP 8.5, being widely presented in the literature as ‘business as usual’. Despite pressing scientific, economic and social grounds for questioning that dogma, any scepticism is presented by activists as unscientific. However, science is neither a religion nor a political faction. Science advances not by chanting “I believe!” but by asking “I wonder?” Funding for climate-sceptical research is non-existent today. Censorship complicates and all too often prevents the publication of critical articles in peer-reviewed scientific journals.

What computer models tell us depends entirely on what model-makers have input to them: hypotheses, relationships, parameterizations, arithmetical simplifications, boundary conditions, etc. Unfortunately, mainstream climatologists seldom discuss these choices in their complex climate models. For instance, how sensitive are the modelling results to the biased assumptions of modelling groups? We still know very little about it.

Parametric tuning says little about the validity of models. The famous mathematician John von Neumann (1903 – 1957) said: “With four parameters I can fit an elephant: with five I can make him wiggle his trunk.” The real test of models is whether they can accurately predict future measurements. But that is where climate models go wrong. For 30 years, the IPCC has falsely predicted alarming high temperatures in its reports. Considering its failure, why do we still allow IPCC to publish its terrifying, speculative long-term climate predictions?

Breakthroughs in science are initiated by the availability of improved measurement systems that provide researchers with new reproducible observations. Think of the spectacular improvements in microscopy and the capability of modern telescopes. Think of the Dutch LOFAR antenna network, which has already discovered thousands of new galaxies. Unfortunately, mainstream climate science is more interested in models than in measurements; model-makers are running the show. In the extremely complex climate issue, however, new measuring systems should have the highest priority as a yardstick to verify the validity of IPCC’s model assumptions.

Copernicus, Galilei, Newton, Gauss, Curie, Einstein, Watson, Crick, Wilkins and Hawking all looked critically at the prevailing consensus and dared to take a different path. Progress would not have been possible without them. In contrast, the mainstream climate community have produced few advances. They have diverted themselves into an ever-bitterer defence of the narrow CO2-warming hypothesis. Doubters and dissenters are not tolerated.

When political ideologues proclaim “consensus”, critical scientists are sidelined, excluded from the scientific discourse or even dismissed. For instance, Professor Peter Ridd, an expert on coral reefs, exposed several unsound peer-reviewed scientific papers falsely asserting that climate change is killing the Great Barrier Reef. His university dismissed him after decades of service. The courts have declared his dismissal improper and have ordered the university to compensate him.

Not only was the university’s misconduct a flagrant violation of academic freedom: it has also sent a dangerous signal to young scientists: do not dare to defy dogma or you will be driven out. Climate censorship brings us back to the Middle Ages. AGW dissenters are excommunicated.

So far, climate models have proven unable to make reliable predictions of global warming. Therefore, their predictions are not a sound basis for making government policy. Climate policies are costly. They have major consequences for society. For example, IPCC’s predictions about extreme warming and sea-level rise have caused much fear and unrest in the world. As today’s climate policy is based on these alarming model predictions, the existing energy infrastructure is unnecessarily being demolished with imprudent haste. A typical example of climate stupidity is spending billions of dollars on the dirty, wood-fired power stations. For this supposedly “green” solution, forests with unique ecosystems are being destroyed. Bizarre!

Science should start to resist the absurd green engineering agendas of supranational organisations. To think that we can always control the complex processes from weather and climate in the macro world to the mutation of pathogens in the micro world is as naive as it is arrogant. Let us not behave as though we were present-day Don Quixotes. In climate research, we should focus not on mitigation but on adaptation to the many consequences of natural variability ahead of us – changes that we are powerless to control.

Argument from consensus conflates two ancient logical fallacies – of appeal to pure headcount and of appeal to imagined authority (argumentum ad populum and argumentum ad verecundiam). The statement that “the science is settled” is an assertion of imagined consensus deployed by climate activists as a substitute for science. Quoting Michael Crichton (1942 – 2008) on this subject: “Science is not consensus and consensus is not science”. The Paris Climate Accord of 2015, which set the climate agenda for decades, is based on this statement. However, the truth is that the science is not settled at all. We have little idea how much or how little mankind is contributing to global warming. We also do not know whether, or to what extent, warmer worldwide weather will be net-harmful or net-beneficial.

Mainstream climate science does not meet any of these ten propositions. Climate research has taken a direction that may be profitable to its practitioners and beneficiaries, but it is unworthy of science. The interests of science and politics have become strongly intertwined. As a result, the search for the objective scientific truth has been abandoned for decades. History will blame the scientists, administrators and politicians who initiated, fostered and furthered this scientific misconduct.

In 2015, the National Academies of Sciences should have warned world leaders loud and clear that the science is not settled at all. By their negligence, the Academies made themselves complicit in the absurdity of the Paris Agreement.

Bear in mind that the National Academies of Sciences see themselves (rightly or wrongly) as guardians of science. If so, should they not at last creak into action? On the basis of immature scientific models, an absurdly costly climate policy is being imposed on the world. In the name of science, vital infrastructures are being destroyed. Worse, poor people are dying every year because they cannot afford the very costly “renewable” electricity.