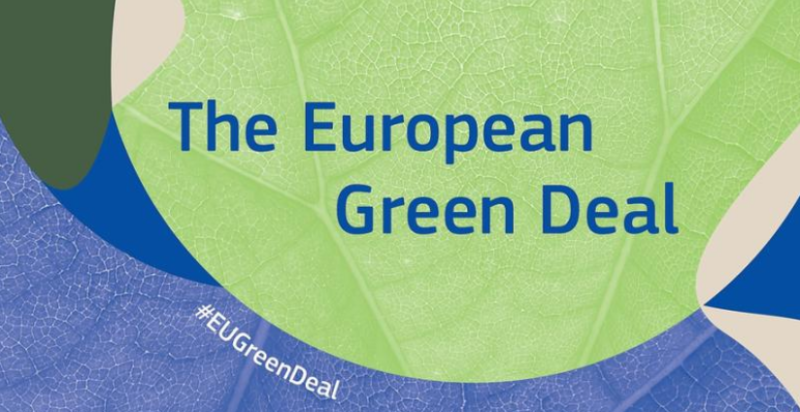 Professor Richard Lindzen of MIT University, one of the world’s leading experts on atmospheric physics, had these extraordinary words: ‘Carbon control is a bureaucratic dream. If you control carbon, you control life’. The European Commission (EC), in its desire to control CO2 emissions, is going to – although it is not intended to – control the daily lives of European citizens.

On 14 July 2021, the EC published a package of legislative measures to achieve the targets agreed by the European Council and the European Parliament last December, namely, to reduce CO2 emissions by 55% by 2030 and to achieve carbon neutrality by 2050. In the absence of a technological breakthrough, the EC is obliged to impose restrictions on CO2 emissions through legislation and taxation.

No fewer than six EU Commissioners proudly surrounded President Ursula von der Leyen to announce no fewer than twelve pieces of legislation, running to thousands of pages, designed to control CO2 emissions, but which in fact – as Lindzen said – will control the lives of European citizens and industry. All of them will be forced to quickly abandon the use of fossil fuels for this purpose. Heavy industry, SMEs, the forestry industry, airport and airline companies, shipping, all will be affected. There are even plans to ban the sale of new internal combustion cars by 2035, a sector in which the EU had a global advantage. These cars will likely be built with parts produced in China with cheap electricity from hydro, coal and nuclear power plants, all of which are taboo in the EU.

High bill
European citizens, who cannot relocate as heavy industry can, will have to pay a high bill. The EC has prepared a real tax rage in all areas of citizens’ daily life, since every action consumes energy and therefore emits CO2 as about 80% of our energy is still based (and will remain) on fossil fuels. All energy consumption will therefore be taxed. The cost of petrol and diesel will increase, which is certainly not a surprise, although the current excise duties and VAT are already equivalent to €324 and €377/t of CO2 for diesel and petrol respectively (the current price of CO2 on the ETS market is about €53/t). But now the EC is proposing to tax energy used for heating and cooking. Our showers and laundry will cost more. This money will be taken from the taxpayer in the hope of reducing CO2 emissions by getting people to change their behaviour. But will we shower less? Will we cook less? Will we do less wash? We dare to hope not. The economic concept of elasticity applies even if the commissioners ignore it.

We will be forced to reduce our energy consumption through enforcement measures. To implement the obvious – energy saving – the text on energy efficiency contains 138 pages. As for renewable energies, one wonders why the EC is proposing a fourth directive to force their development, when their advocates keep claiming that they are economical. If they made economic sense, their production would not have been imposed by law. Not only are renewable energies expensive, they are also derisory. Since they have been pursued, i.e. since the 1973 ′ oil shock, they have accounted for an insignificant 2.5% of the EU’s primary energy demand and, moreover, over a trillion euros has been spent since 2000 for this mediocre result. These 469 pages will not reverse the sad reality learned in 48 years: wind and solar energy are a sham. The EC can hide behind the proposal to create a new ‘Social Climate Fund’, which should allocate specific resources to help people finance their investments in renovation, new heating and cooling systems and cleaner mobility. But this bureaucratic process will just create inefficiencies and mismanagement of public money.

Anti-freedom
Moreover, all these costly and anti-freedom measures do not contribute to solving the global problem of CO2 emissions. The EU claims to be reducing its emissions by 55% in 9 years compared to 1990 levels, while they have fallen by 20% in the 30 years since the UN said we should reduce them. Moreover, this has been made possible by the restructuring of the economies of former communist countries and the relocation of heavy industry from the EU. At the same time, global emissions have increased by 58%. Energy is life, and a growing population seeking to catch up economically will consume more and more cheap and abundant energy, i.e. fossil fuels. This is why developing countries have no reduction obligations under the Paris Agreement. The EU, which claims to be the leader on climate change, will be a loser: it will be left behind in the development race that China is leading and that India intends to overcome. Curiously, the EC does not mention nuclear energy, the only energy that does not produce CO2 while generating huge amounts of competitive electricity.

The EC is proposing a burden sharing to each Member State. It should be noted that the poorest countries – such as Bulgaria, Romania or the Baltic States – receive a small burden and at the same time receive proportionally a generous share of the ‘Social Climate Fund’. With this strategy, their silence is bought and it is likely that there will not be enough opposition in the Council to oppose this costly and unnecessary strategy.

Steamroller
In this package there was no new legislation to promote the production and use of hydrogen. This will be for December but already they have announced 50% renewable share in H₂ consumption, alternative fuel refuelling every 150 km, use in maritime transport, the EU ETS proposal will include H₂ production with electrolysers, and, of course, a preferential tax rate for its use. I have shown in my book ‘The hydrogen illusion’ that the EC has been working on H₂ technology since 1959 without, however, any industrial application. They now hope to overcome the constraint of the laws of thermodynamics with taxes and legislation, ignoring that science does not bend to politicians.

This costly, freedom-destroying legislative steamroller is not helping the EU’s image among its citizens. As long as the EU was creating freedom, progress and hope – which it has done remarkably well since 1950 – the majority of Europeans were in favour of its development. This is no longer the case. Yet the EU is indispensable for the future of the Member States in a globalised world. This infringement of freedom and the taxes decided by Brussels must be stopped. It is no longer a pile of ‘yellow vests’ that politicians will have to face, but a very yellow wardrobe. 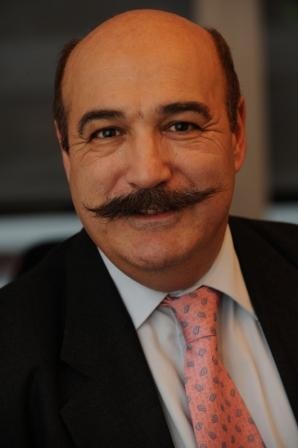 Samuel Furfari
Professor in Energy Geopolitics at the Université Libre de Bruxelles, PhD
President of the European Society of Engineers and Industrialists

Furfari is signee of the CLINTEL World Climate Declaration.